CALGARY—“And will you be picking up any masks today?”

Sitting in the drive-thru of a Calgary McDonald’s, I tell the friendly sounding voice from the speaker that, yes, I would like masks with my diet Coke. She clarifies how many people I’m collecting for — just one — and reads my total off the screen.

As I inch my way forward, my car windows open on a sunny afternoon, I can hear her ask the question to everyone who orders. Most people are happy with just their burgers and fries, but at least one other driver takes her up on the offer. At the window, another worker offers me my drink with one gloved hand, my masks with the other, and with that one polished movement, I’m on my way.

Since the beginning of the coronavirus pandemic, the world has grappled with what kind of personal protective equipment to use, where to get it and to whom to provide it. Alberta has emerged as something of a victor in the PPE race, at least in Canada, with Premier Jason Kenney declaring back in April that his province had enough masks, gloves and ventilators stockpiled that it could share its largesse with other provinces, though health-care workers have questioned the quality of the masks left behind.

Now, Alberta is set to be the first province to try and give free masks to all residents — and in so doing, the famously business-friendly province seems to have hit on a novel strategy.

The province is supplying 20 million blue non-medical masks to 600 drive-thrus around the province. McDonald’s, Tim Hortons and A&W have agreed to distribute them, in packages of four, at no cost to taxpayers. According to government officials, 95 per cent of Albertans live within 10 kilometres of a drive-thru, though officials add that they have other solutions for high-risk groups, as well as First Nation and other remote communities.

“There was no hesitation to take part in this, only excitement to contribute to such an important initiative,” Tim Hortons CEO Mike Hancock said in a release this week.

There have been criticisms. For one, if you’re on foot, you’re out of luck. The program is currently limited only to drive-thrus, and an Alberta Health spokesperson confirmed that won’t change once restrictions on restaurants’ indoor capacity lift next week.

In addition, several people have also taken to social media to post pictures of the dozens of masks they say they received, often without even asking for them — a seemingly major violation of the province’s stated limit of one package of four per person.

RELATED:  Federal government to provide $14B to provinces, territories to 'safely' restart economies

“We know that mistakes can occasionally happen as the masks are distributed, and we appreciate Albertans bringing any issues to our attention.”

The strategy does lean heavily on the honour system and, to that end, I headed out to collect only enough masks for myself and the other Star staff in Alberta — you’re welcome, colleagues — to see the system in action.

In some ways, fast-food workers seem well positioned to be dishing up large quantities of product to the masses.

When I stopped at a drive-thru McDonald’s in downtown Calgary, one that seems to have a line no matter the time or season, the woman at the window paused her steady stream of taking orders — via headset, and cash payments — via a credit-card machine on a stick, only for the briefest of moments to hand me my masks and send me on my way.

A purchase isn’t required, either. At an A&W in north Calgary, I ask for masks only and the staff is unfazed: “Your total is zero dollars, next window.”

It appears that some workers have heard the concerns about some customers making out like bandits with piles of masks. When I ask for a package at a Tim Horton’s, the voice of the order-taker gets slightly stern, telling me I can have one package, and that is four masks. “Is that OK?” he asks, in a tone that makes clear this is not really a question.

Still, there will be those who abuse the system. I asked one worker how it’s been going and her eyes roll skyward. Some people ask for more masks than they have people in the car, she says, only to show up and do it again the very next day.

In his emailed statement, McMillan said that when the province is made aware of a specific incident, they work quickly to “address the situation.”

Although mask use is not mandatory in Alberta, masks are recommended for when keeping a two-metre distance isn’t possible. In a video promoting the project, Health Minister Tyler Shandro gives a shoutout to the companies who have volunteered their supply chains.

“I ask you to please thank the person giving you the package of masks,” he says.

In a tweet Thursday, Shandro said that more than two million masks had been distributed in the program’s first two days.

Two million down, 18 million to go. It’s a tall order. 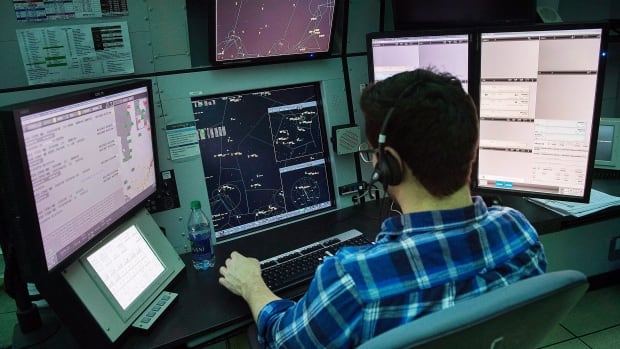