Liberal Leader Justin Trudeau said Thursday it’s his goal to send as many Liberal MPs to Ottawa as possible, but stopped short of directly asking Canadians for a majority.

Trudeau has declined repeatedly to give a clear answer in recent days when asked whether he’s asking Canadians for a majority, as he did in 2015.

He told reporters in Montreal on Thursday that more Liberal voices are needed in Ottawa to defend science and vaccination, but once again did not use the word “majority” in reference to his party’s hopes.

“What I want is to have the most strong MPs from Quebec and all over Canada within a Liberal government,” he said. “We have the right plan. We have the proven approach to protect Canadians during this pandemic.”

Trudeau added that he’s “confident” Canadians will choose his party based on issues such as child care, housing supports, climate change policies and pandemic response measures.

Trudeau’s re-election pitch has won over at least one high-profile supporter in former U.S. president Barack Obama, who tweeted his endorsement of the Liberal leader on Thursday.

“Wishing my friend Justin Trudeau the best in Canada’s upcoming election,” Obama’s message read. “Justin has been an effective leader and strong voice for democratic values, and I’m proud of the work we did together.”

Wishing my friend <a href=”https://twitter.com/JustinTrudeau?ref_src=twsrc%5Etfw”>@JustinTrudeau</a> the best in Canada’s upcoming election. Justin has been an effective leader and strong voice for democratic values, and I’m proud of the work we did together.

Obama also expressed support for Trudeau during the 2019 campaign.

Trudeau has faced criticism for calling an early election during the fourth wave of the COVID-19 pandemic, which opponents such as the NDP have branded a power grab.

The Liberal leader has said the election is about giving voters a say on the decisions to be made as Canada emerges from the pandemic, and not about increasing his party’s seat count.

Trudeau was asked directly earlier this week why he appears to avoid the word majority altogether.

“Why do you refuse to say the word that starts with m, the word majority?” he was asked at a campaign stop in Quebec on Sunday.

“It’s not a question of refusing, it’s a question of saying why we’re in a campaign, because whichever government is elected next week, that government will have enormous decisions to make,” Trudeau replied.

At least one other senior Liberal has been more direct.

Dominic LeBlanc, Trudeau’s Intergovernmental Affairs minister, told reporters at a campaign stop in New Brunswick on Wednesday that he remains “very confident” in the Liberals’ chances of returning with a majority of seats.

“I’ve said from the beginning of the campaign that we’re campaigning to win a majority government, and there’s a reason why that’s important,” LeBlanc said. “I think Canadians want to be able to have a prime minister that can stand up for things that are important to them,” such as requiring air and rail travellers to be vaccinated, he said.

Trudeau himself has not shied away from asking from a majority in the past. In 2015, Trudeau made headlines the first time he appealed directly to voters to give him a strong mandate.

In 2011, former prime minister Stephen Harper campaigned on asking Canadians for “a strong, stable, Conservative majority government.” He also got the majority he sought.

Polls have suggested that the Liberals and Conservatives are running neck-and-neck, with neither party in a clear position to win the 170 seats needed to form a majority in the House of Commons.

At dissolution, the Liberals had 155 seats, the Conservatives 119, the Bloc Quebecois 32, the NDP 24 and the Greens two. There were also five Independents and one vacancy. 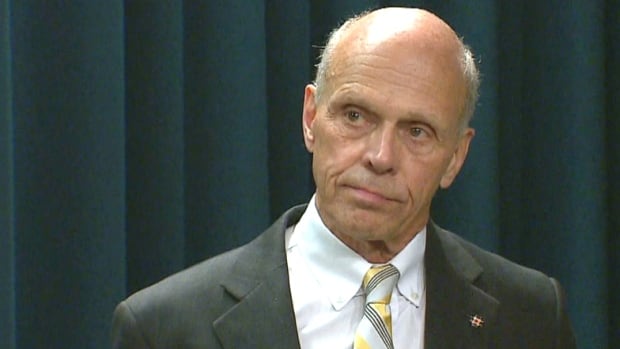