Indigenous traditional knowledge sharing is the focus of a new series launched by Nipissing University in North Bay. The six-video series, entitled “Visiting with Anishnaabe and Cree Knowledge Holders,” features knowledge holders from across the region and was produced in support of Nipissing University’s Summer Indigenous Institute. It is a transition program for Indigenous students entering university.

In a news release, the university states that the videos cover a range of topics, including Anishnaabemwin (Ojibway language), hide tanning, jingle dance, traditional men’s dance, lived experience, traditional art forms and cultural learning. The first and second videos in the series première were launched in late February to help mark the start of Nipissing University’s Indigenous Week. The remaining videos are to be released in the coming weeks on Nipissing University’s website and social media platforms, the releases states.

“We are grateful for the generosity of Anishnaabe and Cree knowledge holders participating in this project and allowing us to amplify their stories,” said Tanya Lukin-Linklater, director of Enji giigdoyang, Indigenous initiatives, Nipissing University. “In 2020, everything changed, so we pivoted the Indigenous program to be offered online in the context of the pandemic. This meant a rethinking of how we support students … in the online environment.”

Lukin-Linklater added that although public health restrictions postponed in-person learning for the Summer Indigenous Institute this past year, the video project serves as a complement of the program, offering students the opportunity to participate in online workshops with the Indigenous knowledge holders involved in the project.

She said the video series, which emphasizes on-the-land learning experiences, is for everyone, but added that it is also meant to help Indigenous students who are about to enter post-secondary education.

“The video series is an extension of some of the workshops and sharing circles offered in the program back in the summer of 2020,” Lukin-Linklater said. “We wanted to invite intergenerational participants including obviously Elders to share their traditional knowledge.”

Nathalie Restoule is a resident of the Dokis First Nation west of North Bay and a part-time student at Nipissing University. She is also a youth mental wellness practitioner in North Bay. She appears in one of the videos displaying her traditional skill of beading, which was taught to her by her grandmothers.

“I am always trying to get involved in community initiatives, especially if they revolve around the Indigenous community. I don’t want these traditional stories and skills to be lost, so I jumped on this opportunity right away,” she said. “I am a beader as well as a sewer. It’s known as woodland art. My beadwork reflects who I am, who my family is.”

RELATED:  Federal workers paid $819 million to stay home during the pandemic under '699' clause

Restoule said that she finds doing her beadwork very therapeutic and hopes that folks who view her video will discover those healing properties as well. She said she is also a strong proponent of Indigenous traditional medicine and healing.

“These videos artfully capture the diverse stories and lived experiences of Indigenous knowledge holders that can be shared with the broader community to build understanding and foster a sense of connection at a time when we need it most,” she stated.

To view the first two videos in the series and learn more about the Summer Indigenous Institute, visit: nipissingu.ca/summer-indigenous-institute. 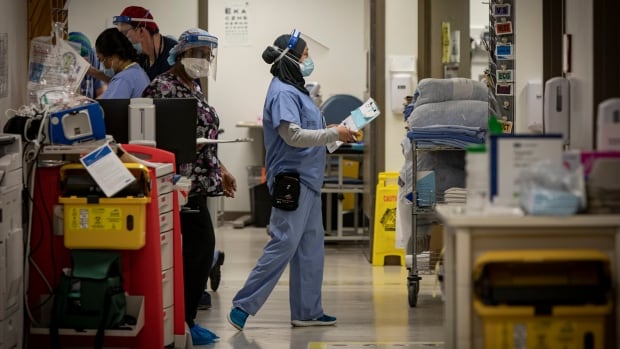 Canada’s budget to include digital and luxury levies, but no wealth tax: Reuters sources