Israel is pressing ahead with its aggressive campaign of offering coronavirus boosters to almost anyone over 12 and says its approach was further vindicated by a U.S. decision to give the shots to older patients or those at higher risk.

Israeli officials credit the booster shot, which has already been delivered to about a third of the population, with helping suppress the country’s latest wave of COVID-19 infections.

They say the differing approaches are based on the same realization that the booster is the right way to go and expect the U.S. and other countries to expand their campaigns in the coming months.

“The decision reinforced our results that the third dose is safe,” said Dr. Nadav Davidovitch, head of the school of public health at Israel’s Ben-Gurion University and chair of the country’s association of public health physicians. “The main question now is of prioritization.”

The World Health Organization has called for a moratorium on boosters until at least the end of the year so that more people in poor countries can get their first two doses, but Israeli officials say the booster shot is just as important in preventing infections.

“We know for sure that the current system of vaccine nationalism is hurting all of us, and it’s creating variants,” said Davidovitch, who is also a member of an Israeli government panel of experts. But he added that the problem is “much broader than Israel.”

Israel raced out of the gate early this year to vaccinate most of its adult population after striking a deal with Pfizer to trade medical data in exchange for a steady supply of doses. It has also purchased large quantities of the Moderna and AstraZeneca vaccines.

Most adults had received two doses of the Pfizer vaccine by March, causing infection levels to plummet and allowing the government to lift nearly all coronavirus restrictions.

But in June, the highly infectious delta variant began to spread. After studying the matter, experts concluded that the vaccine remained effective against the virus but that its efficacy waned roughly five months after the second shot.

In late July, Israel began distributing booster shoots to at-risk citizens, including those over 60. Within weeks, it expanded the campaign to the general population.

More than three million of Israel’s nine million citizens have gotten a third dose of the Pfizer vaccine, according to the Health Ministry.

In a study published last week in the New England Journal of Medicine, Israeli experts said that in people who had been vaccinated five months earlier, the booster increased vaccine efficacy tenfold compared with vaccinated patients who didn’t receive it.

That study tracked about one million people 60 and older and found that the booster was “very effective at reducing the rate of both confirmed infection and severe illness,” the Health Ministry said.

A senior Israeli health official, Dr. Sharon Alroy Preiss, was among the experts testifying before a U.S. Food and Drug Administration panel last week in favour of the booster shot. But the regulator decided against boosters for the general population, opting to authorize them only for people aged 65 or older and those in high-risk groups.

Experts cited a lack of safety data on extra doses and also raised doubts about the value of mass boosters, rather than ones targeted to specific groups. The U.S. Centers for Disease Control and Prevention made a similar endorsement on Thursday.

The Israeli Health Ministry said the FDA decision “gave validity to the third vaccine operation” underway in Israel, which “decided to act responsibly and quickly in order to treat growing infections.” It said statistics show the booster dose has “restored protection.”

A reporter asks Dr. Theresa Tam, Canada’s chief public health officer, for her advice to parents considering vaccinating their children once the COVID-19 vaccine becomes available to those younger than 12. 4:01

New Brunswick is back under a COVID-19 state of emergency as the province’s hospitals struggle to deal with a surge of infections caused by the highly contagious delta variant.

Infectious disease expert Dr. Gordon Dow on Friday said it was a mistake for the province to lift health-protection measures almost two months ago.

‘That was not the right decision to make’

One of the province’s top infectious disease specialists says lifting restrictions at the end of July was a mistake. 1:39

Premier Blaine Higgs has reimposed a mask mandate for indoor public places and imposed new rules to limit contacts, ensure physical distancing and require some businesses and events to have vaccination or masking-and-testing policies.

The number of people hospitalized in the province currently stands at 31, including 15 in intensive care, he said.

In Alberta, the Edmonton Remand Centre is dealing with a COVID-19 outbreak, with 43 inmates having tested positive as of Friday, Alberta Health Services confirmed this week. That’s up from 39 positive cases on Wednesday.

All inmates who tested positive have a mild form of the illness, AHS spokesperson Kerry Williamson said.

What’s happening around the world

As of Saturday morning, more than 231.2 million cases of COVID-19 had been reported worldwide, according to Johns Hopkins University’s case tracking tool, which collects data from around the world. The reported global death toll stood at more than 4.7 million.

In Europe, several hundred protesters gathered in the Netherlands on Saturday to march against the introduction of a “corona pass” as proof of COVID-19 vaccination became compulsory to get into bars, restaurants, theatres and other venues.

The new requirement to show the pass, or a recent negative coronavirus test, coincided with the lifting of almost all physical-distancing measures in the country, where 72 per cent of the population has received at least one vaccine dose.

More than 40 per cent of bar and restaurant owners do not plan to ask clients for the vaccination certificate, the country’s Horeca Nederland hospitality industry association said, citing a survey of its members. It said many businesses saw the requirement as a “political tool” aimed at boosting vaccination take-up.

In the Americas, Washington state’s Department of Health says it will immediately start offering booster doses of the Pfizer-BioNTech COVID-19 vaccine to certain people after recommendations from the U.S. Food and Drug Administration and other groups.

State health officials said Friday that at least six months after completing the primary Pfizer vaccine series, people aged 65 and older; people aged 18 and older living in a long-term care setting; and people aged 50 to 64 with underlying medical conditions or at increased risk of social inequities should receive a booster dose of the Pfizer vaccine.

In Asia, South Korea’s daily increase in coronavirus infections exceeded 3,000 for the first time since the start of the pandemic as the country came away from its biggest holiday of the year, the Korean version of Thanksgiving.

The 3,273 new cases reported Saturday marked the 81st consecutive day of more than 1,000 and were about 840 cases more than the previous one-day record of 2,434 set a day earlier.

Jung Eun-kyeong, director of the Korean Disease Control and Prevention Agency, said it was critical to keep stable quarantine measures in place until late October to enable more of the population to get vaccinated.

In Africa, another shipment of more than 100,000 doses of Pfizer vaccines donated by the U.S. has arrived in Gabon, the World Health Organization African Region said Saturday. The shipment came as part of the global vaccine-sharing COVAX program.

'I'm just so thrilled for him': Colleague of Michael Kovrig reacts to release 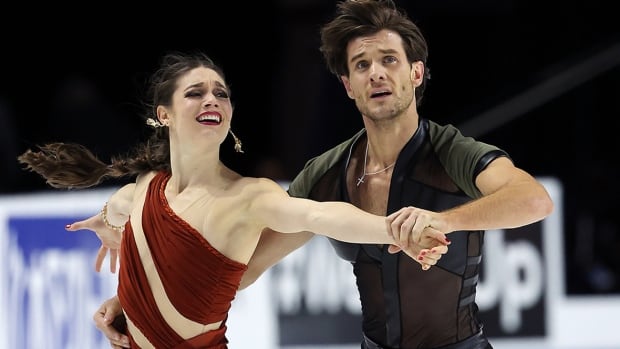 2022 library levy for RDN electoral areas will be $2.5 million