Canadians Michael Kovrig and Michael Spavor are back on home soil, almost three years after they were first detained in China.

The two men landed in Calgary shortly before 8 a.m. ET Saturday aboard a Royal Canadian Air Force Challenger aircraft. Prime Minister Justin Trudeau and Foreign Affairs Minister Marc Garneau were at the airport to welcome the two men, who had flown from China along with ambassador Dominic Barton.

Trudeau announced Friday evening that the two were out of Chinese airspace, just hours after the extradition case against Huawei executive Meng Wanzhou was dropped. Meng reached a deferred prosecution agreement with U.S. authorities related to fraud charges against her on Friday and landed back in China Saturday morning.

“These two men have gone through an unbelievably difficult ordeal,” Trudeau said Friday. “For the past 1,000 days, they have shown strength, perseverance, resilience and grace.”

Kovrig, a diplomat, and Spavor, an entrepreneur who worked in North Korea and China, were first detained in December 2018 — just after Meng was arrested in Canada on behalf of U.S. authorities. Their detention is widely considered to be a retaliatory action in response to the Huawei executive’s arrest.

Chinese authorities had consistently denied that the cases were linked. In a statement Saturday, China’s foreign ministry said the charges against Meng were “purely fabricated.”

“It has long been a fully proven fact that this is an incident of political persecution against a Chinese citizen, an act designed to hobble Chinese high-tech companies,” the statement said.

Spavor was found guilty of spying and sentenced to 11 years in prison and deportation by a Chinese court in August. The trial for Kovrig concluded in March, but he had not yet been sentenced.

Speaking earlier in outside a Vancouver courthouse after her extradition case was dropped, Meng thanked the court and the Canadian government for “upholding the rule of law.”

“I’m also grateful to the Canadian people and media friends for your tolerance. Sorry for the inconvenience caused,” she said.

Meng spent her time in Canada under house arrest at her multimillion-dollar home in Vancouver, in stark contrast to Michael Kovrig and Michael Spavor, who endured poor conditions in prison and whose legal processes were criticized by Canadian officials. Foreign Affairs Minister Marc Garneau said Spavor’s sentencing followed a “mock sham trial.”

The timing of the releases of Meng, and Spavor and Kovrig, show China clearly saw a connection between the two, several diplomats and foreign policy experts told CBC News.

“China … up until now, has said that there’s been no linkage between the two, but by putting them on the plane [Friday night], they’ve clearly acknowledged that this was hostage-taking,” said Colin Robertson, a former Canadian diplomat for more than 30 years.

Robertson told CBC’s The House “it really was one for the other” in an exchange that was reminiscent of Cold War swaps.

“The timing, it’s totally undeniable that the two Michaels were unjustly detained because of the arrest of Ms. Meng in Vancouver,” Lynette Ong, a specialist on China at the Munk School of Global Affairs, told The House host Chris Hall.

What does Friday’s turn of events all mean for Canada’s relationship with China? Experts Colin Robertson, Guy Saint-Jacques and Lynette Ong join The House to discuss. 14:38

The rapid series of events Friday “was a surprise,” said Margaret McCuaig-Johnston, a senior fellow at Graduate School of Public and International Affairs at the University of Ottawa.

She noted Spavor and Kovrig’s detention had already sent a message to other countries “that if they cross China, then Beijing will just pick up a couple of their citizens and hold them hostage.

“And that’s a chilling message for other countries to be receiving today.”

Robertson said Canadians should give significant credit for the release of the men to U.S. President Joe Biden.

“As the prime minister said, this was the top issue in terms of Canada China relations, but also a top issue in Canada-U.S. relations,” he said. “President Biden has delivered now for Justin Trudeau.

Trudeau has said the return of the so-called two Michaels has been a top foreign policy priority for the government. The release of the two men was enthusiastically welcomed by Canadian politicians late Friday.

But the prime minister deflected questions Friday about how the return on the two men would affect Canada’s relationship with China.

Michael Spavor and Michael Kovrig are on their way home! Our family shares the elation of millions of Canadians that our citizens are coming home. Thank you to all diplomats involved! 🇨🇦

Guy Saint-Jacques, who served as Canada’s ambassador to China from 2012 to 2016, said it is impossible to ignore China, given its strength and importance in the world, but the approach should be “strategic” and “restrained.”

“The message to China is simple, it’s we have no problem with you being a superpower. But as long as you respect international treaties, international obligations and you don’t engage in bullying tactics,” he said.

Ong said she believes the relationship with China has been permanently damaged. She said public opinion in Canada has turned decisively against China and a return to normal would be “very hard” to execute.

They’re on their way home, Canada!<br><br>Michael Spavor and Michael Kovrig, Canadians rejoice knowing you’ll be home soon with your friends and families.<br><br>To all the consular officials and diplomats that did their part, thank you! 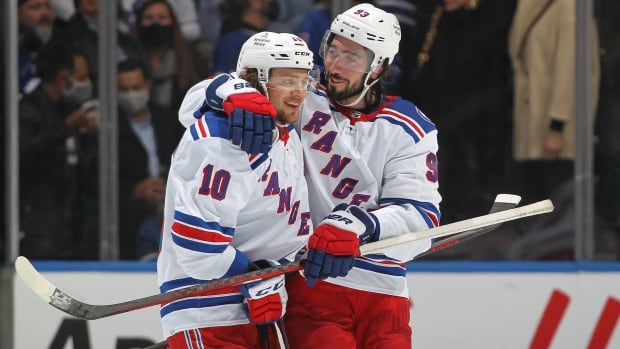