Pitches were made, but it will be another few weeks before seeing if they’re hit or miss.

Six presentations made from various agencies, boards and commissions servicing Midland and area were given their annual scrutiny in front of a special meeting of council recently, to rationalize their justifications for budgetary requests.

“We worked closely with our board as they directed us in 2022 to reduce our core budget increase to 2 per cent,” said Cayley. “That meant specific to our core, the increase for the Town of Midland this year is $2,513.”

The total budget request for Midland was listed as $155,832 with roughly $128,000 of that being operations core municipal funding, and the remainder in cost recovery and/or special projects.

Most comments from council were measures of praise for the SSEA’s efforts.

Coun. Bill Gordon held a critical eye toward two numbers he held in strict reverence: a potential total tax levy impact increase of 6.3 per cent for the town component from 2021 to 2022, as well as a 4.82 per cent blended rate increase per $100,000 of assessment.

However, Gordon had no problem with the SSEA’s two per cent increase request.

Culture Alliance in the Heart of Georgian Bay presented next through chair Cindy Hastings.

Their ask was for financial support of $10,000 as well as supports for grants and Indigenous participation, continued collaboration and participation.

“This year we haven’t asked the other communities for additional funding,” said Hastings, “but it should be noted that this won’t be sustainable going forward.”

When asked if the other councils had committed to the funding request, Hastings – also a councillor of Tiny Township – stated that Tiny had ratified an agreement prior to their budget approval later in the year.

Following that, the Economic Development Corporation of North Simcoe (EDCNS) stepped up with their presentation by chair Ted Salisbury.

Their $168,814 request with no increase was studied by Coun. Gordon and Coun. Cody Oschefski, asking for the measured accomplishments of the EDCNS.

“I think there is a tremendous future for our peninsula. I’ve said this to many municipal councils: It’s only a matter of time before you truly get discovered,” said Salisbury, citing the waterfront as a potential attraction of great benefit.

That wasn’t enough for council though, and it was Mayor Stewart Strathearn who advised Salisbury to research tangible metrics of success for the organization.

Presenting for the Midland Public Library were chair Kim Weishar with CEO Trish Hayes alongside. Although it is a core municipal feature, a three per cent increase to $1,309,200 total was explained as being due to municipally-directed increases for insurance, utilities, salaries and benefits.

Weishar boasted that despite the pandemic, programming attendance was up by 14 per cent, highlighting various content and incentives the library provided to Midland and area residents.

Council was especially intrigued at the library supplying portable wi-fi hubs on a rotational basis to allow remote learning for children and remote working for adults, and was told it was the most in-demand service.

An ongoing concern for the library was crime resulting in security presence, which Gordon asked about given the shut doors throughout the pandemic.

The Huronia Municipal Airport Board presentation by airport manager Zach Premate came after.

Located in Tay Township, the local airport of three-municipality ownership (along with Penetanguishene) was asking for a 2.5 per cent operating budget increase from last year for a total of $417,224 from the three partners; Midland was asked for roughly $70,000 in operating and $21,000 in capital.

Premate explained that for the costs of the airport, “We receive about $3.3 million in economic spin-off being indirect, direct, and induced; and with that, 30 jobs are being contributed out of the airport.”

Gordon asked if various fees were collected by emergency and medical services using the facility for fuel use and the like, which was affirmed by Premate.

To finish the presentations for the evening, Huronia Museum executive director Mark Schilling laid out their plans for 2022.

New to the role and the area, Schilling admitted he wasn’t in full grasp of the nuances between Midland and its role within North Simcoe, and his presentation dealt with challenges faced by the pandemic and the ways the museum continues to adapt along with provincial guidelines.

“When I was asked to send in a request,” explained Schilling, “I was told that we had not asked for an increase in the last number of years. Because I’d just begun in my position, I didn’t feel it was right for me to ask for 5 per cent more or whatever the case may be,” he laughed, noting that the strategic plan was looking ahead to expanding physical space of the museum, but not this year.

Council welcomed Schilling to the role and contributed suggestions on how to better the museum.

Gordon looked to bridging the gap through Culture Alliance; Oschefski offered NFT (non-fungible tokens) blockchain technology as a means to profit from the museum’s collection; and Coun. Jonathan Main looked toward digitizing the collection including works from the Group of Seven artists.

It was enough that Mayor Strathearn jokingly told them all to take the enthusiastic conversation offline so that the budget request discussion for the evening could end.

2022 Budget approval meetings for Midland are scheduled for January 26 through 28.

Chamber upbeat about Glasgow's prospects without 'constraints' of coronavirus 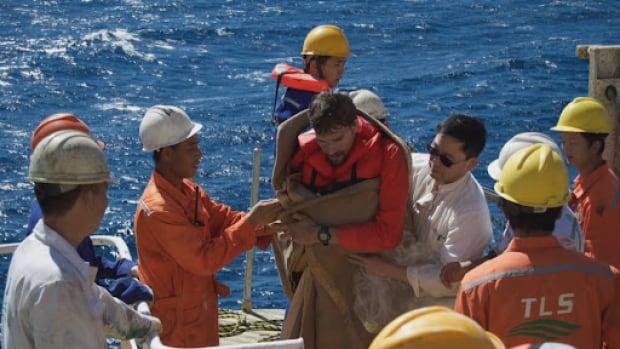