Two of the people behind an accusation of political interference in the investigation of the April 2020 mass shooting in Nova Scotia will be before a House of Commons committee Tuesday.


RCMP Chief Supt. Darren Campbell and Lia Scanlan, a strategic communications director, each accused Commissioner Brenda Lucki of saying she faced pressure from the federal government to ensure information about the gunman’s weapons was released at a news conference.


Campbell’s handwritten notes about a phone call with Lucki, Scanlan and others hours after the news conference on April 28, 2020, say Lucki mentioned she’d made a promise to the minister, and that the weapons information was connected to upcoming gun legislation.


Then-public safety minister Bill Blair was accused of applying that pressure, but he and Lucki have repeatedly denied that he interfered in the investigation.


The 13-hour rampage by a gunman took 22 lives and is now the subject of a public inquiry.


Scanlan wrote a letter to the commissioner more than a year after the shootings, echoing Campbell’s concerns and telling Lucki the meeting was “appalling, inappropriate, unprofessional and extremely belittling.”


The public safety committee looking into the allegations has heard conflicting reports — from Lucki and other RCMP officials — about what happened during that meeting.


Lucki said she did not interfere in the investigation, but she was frustrated with the Nova Scotia division over its communication with the public because media were reporting facts before the RCMP released them.


Nova Scotia officials said Lucki was angry and upset for a different reason: she was feeling political pressure to connect the killings to the Liberals’ promise to ban assault-style weapons, which they announced on May 1, 2020.


Chief Supt. Chris Leather and retired assistant commissioner Lee Bergerman told the committee last month that they recall Lucki saying she made a promise to the minister, as Campbell’s notes reflect.


Those notes were published as supporting evidence for a scathing document released by the ongoing public inquiry. That document


outlines dozens of instances in which the RCMP concealed or obfuscated basic information about the case in the three months following the horrific events.


That includes the number of victims, their relationship to the gunman, the fact that one victim was a child, the number of crime scenes, the reason for the first 911 call the night the killings began, and when police learned the gunman was disguised as an RCMP officer, among other things.


The public inquiry has also released documents showing that Lucki sent an inventory of the weapons to federal officials on April 23, saying it shouldn’t be circulated any further than the prime minister and the public safety minister.

RELATED:  Girl, 4, lucky to be alive after wandering from home onto train tracks in Toronto | CBC News


But after she “confirmed” to Blair that the information was to be released on April 28, and it was not released, Lucki told the committee she was frustrated that there had been yet another miscommunication.


Leather said the release of the information was not allowed because Nova Scotia’s police watchdog was in charge of the investigation into the gunman’s death and said the inventory could only be shared internally. The former director of the Serious Incident Response Team, Pat Curran, told The Canadian Press that giving the RCMP direction about its investigation would not have been part of his job, and that the weapons were not part of his investigation.


The public safety committee will also hear from senior officials in the federal Justice Department as it probes why four pages of Campbell’s notes — the pages containing details about the meeting with Lucki — were held back from the public inquiry investigators for months.


Initially, the Mass Casualty Commission was handed a package of notes that did not contain those four pages. They were eventually handed over, with Justice saying the pages were reviewed for privilege.


With files from Michael Tutton and Lyndsay Armstrong Provinces, territories face calls to make Day for Truth and Reconciliation a holiday 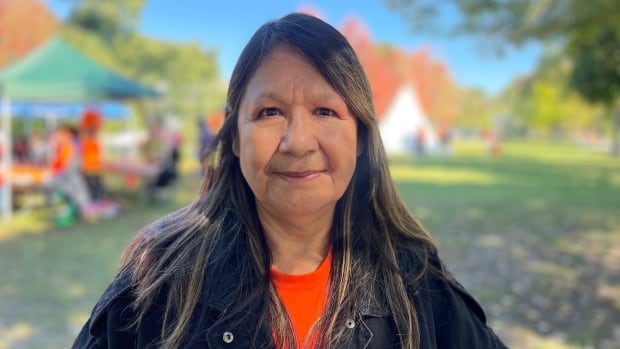 In their own words: Indigenous people in Toronto on what reconciliation means to them | CBC News