The Blue Jays might be even better than we think

Toronto is the hottest team in baseball. Yesterday’s 6-3 victory over Tampa Bay was the Blue Jays’ 16th win in their last 19 games — a run that has transformed them from also-rans to American League wild card holders and the proverbial Team No One Wants To Face In The Playoffs. After spending much of the year stuck in neutral, the Jays are suddenly commanding the attention of baseball fans and media on both sides of the border as the regular season heads into its final couple of weeks. They’re the hottest story in the sport right now too.

And yet, you could argue that the Jays are still underrated — that they may in fact be the best team in the American League and have a great chance to reach the World Series for the first time since winning back-to-back championships in 1992 and ’93. Here’s why:

Toronto heads into its next game, vs. Minnesota on Friday night, with a record of 82-64. That puts them eight games behind Tampa Bay (90-56), which has all but clinched the American League East, and tied with the division-rival Yankees (82-64) and Boston (83-65) in the race for the two AL wild cards. The Jays also trail Houston (85-60) and the Chicago White Sox (83-62), who are running away with the AL West and Central, respectively. However, certain key metrics suggest Toronto is better than most, if not all, of those teams if we take enough luck out of the equation.

Let’s nerd out a little here. Pythagorean expectation is a way of measuring what a team’s record ought to be based on its run differential, which is considered a more accurate predictor of how a team will do in the future than its current win-loss record. By this calculation, the Jays, with their outstanding +175 run differential (fourth-best in baseball) deserve to be 91-55 — a whopping nine games better than they are in the official standings. They have a bigger negative margin between their Pythagorean record and their actual record than any other team in baseball.

Another metric that can help strip out luck from a team’s record is Base Runs. The concept here is that run differential doesn’t do enough to eliminate the noise because of the impact that clustering hits can have on run-scoring. Think about it this way: Team A and Team B each finish a game with nine hits — all singles, with no walks and no errors by their opponents. You’d expect them to score about the same number of runs, right? But say Team A’s hits are distributed exactly one per inning. They’ll get shut out. And say Team B bunches them all into one inning. They’ll score six runs. That’s been referred to as “cluster luck.” Strip it out with Base Runs and the Jays should be 88-58 — six games better than their actual record, making them the fourth-unluckiest team in baseball by this measure. Luck tends to even out over the course of a season, and we’re starting to see that with the Jays. Their record is finally catching up with their actual quality.

You don’t have to have read Moneyball multiple times to appreciate what the Jays are doing. Traditional stats, or even just the good ol’ eye test, will do.

Let’s start with the offence, which has scored the second-most runs in baseball. Everybody’s talking about Vladimir Guerrero Jr. right now, and deservedly so. The 22-year-old slugger is making a real run at the ultra-rare Triple Crown: he leads the major leagues with 45 homers, tops the AL with a .317 batting average and is tied for third in the league in RBIs. If you’ll allow one more nerdy detour, Guerrero leads all big-league hitters in Fangraphs’ Wins Above Replacement stat. No. 2 is Jays second baseman Marcus Semien, a brilliant free-agent addition who’s smacked 39 homers and 37 doubles and stolen 15 bases. Outfielder Teoscar Hernandez (27 homers, 103 RBIs, 11 steals) is also having a monster year, while shortstop Bo Bichette and outfielder Lourdes Gurriel Jr. are hitting quite well too. And there’s still meat on the bone. George Springer, signed to the richest free-agent contract in team history over the winter, has been hampered by injuries for much of the year. Imagine this lineup if he were to get healthy.

Meanwhile, the starting rotation has been surprisingly deep and effective. Ace Hyun Jin Ryu isn’t the Cy Young candidate he was last year, but Robbie Ray surprisingly is. The veteran lefty has come out of nowhere to lead the majors in strikeouts and top the AL in ERA. Rookie Alek Manoah has looked great since coming up at the end of May. And Jose Berrios is proving to be a solid trade-deadline pickup. The bullpen is anchored by Jordan Romano, who’s emerged as a reliable closer.

RELATED:  Opposition blasts Liberals for sending House leader instead of PM staff to talk WE

The Jays are also peaking at the right time. Since the start of September, they’re 13-2 and have outscored their opponents 120-61. That’s an average score of 8-4. In one absurd 24-hour span last weekend, Toronto bludgeoned Baltimore for 44 runs in just three games (including a pair of seven-inning double-headers). The Jays aren’t going to run this pure forever. But their explosion is very well-timed. The American League looks pretty wide open, so being the hottest team come playoff time might be enough to take the pennant.

A word of caution

Not to end on a sour note, but even though all the pieces seem to be in place for a deep post-season run, the Jays still have a lot of work to do to even qualify. They’re not catching Tampa Bay for the AL East title, and they’re currently locked in a virtual three-way tie with the Yankees and Red Sox in the wild card chase. One of the three teams will be left out of the playoffs. The other two will face off in a one-game wild-card showdown, giving them essentially a coin-flip chance of making it to the main bracket. So, even though the Jays’ luck seems to be turning in the right direction, they’re going to need a lot more of it in the next few weeks.

The Toronto Blue Jays’ current hot streak is giving the team a shot at the playoffs as long as they can hold on to their wild card spot. 2:02

The Canadian men’s soccer team jumped eight spots in the world rankings. After drawing vs. Honduras and the United States and beating El Salvador to open the final round of regional qualifying for the 2022 World Cup, Canada is up to No. 51. That’s the highest the team has been in more than a decade. Its best-ever ranking is 40th, in December 1996. Canada’s next three World Cup qualifiers are at Mexico on Oct. 7, at Jamaica on Oct. 10, and vs. Panama in Toronto on Oct. 13. Read more about the rankings leap here.

The NHL’s Canadian outdoor game will be less Canadian this season. The Heritage Classic, first held in 2003 in Edmonton and then four more times before the pandemic nixed it, has always featured two Canadian teams. But this season’s, to be held March 13 at the football stadium in Hamilton, Ont., will involve the Toronto Maple Leafs and the nearby Buffalo Sabres. Two other outdoor games are scheduled for earlier in the season: the traditional Jan. 1 Winter Classic (St. Louis at Minnesota) and a Feb. 26 matchup that sees Tampa Bay visit Nashville. Read more about the Leafs-Sabres outdoor game here.

Norm Macdonald killed the ESPYs. The incomparable Canadian comedian, who died this week at age 61, is best known for his ’90s run on Saturday Night Live — particularly his scathing one-liners on the Weekend Update segment. But, note to self: rewatch the legendary monologue Norm delivered as host of ESPN’s annual awards show in 1998. Among the targets of his hilarious (and extremely off-side) burns: Michael Jordan’s gambling habit, the cocaine-fuelled ’90s Dallas Cowboys and, of course, O.J. Simpson. Some of the jokes didn’t go over well with the self-serious star athletes and other assorted big-shots in attendance (Ken Griffey Jr. was conspicuously not amused), and Macdonald never got invited back. The ESPYs has since evolved into a glossier, stuffier (and basically unwatchable) “celebration” of the A-listers being honoured — complete with a suitably respectful host. Great for athletes who can’t laugh at themselves, I suppose. But sadly, for us, there will never be another Norm Macdonald.

Coming up on CBC Sports

Figure skating: The season is underway with the Skate Canada Autumn Classic Invitational, which opened today in Quebec. You can watch the women’s short program starting at 4:20 p.m. ET. Tomorrow, catch various events starting at 12:40 p.m. ET through about 8 p.m. ET. Get more details and watch the live streams here.

Junior hockey: The CHL season is still a couple of weeks away. But when it begins, fans will be able to watch games every Saturday for six straight weeks on the CBC TV network, CBCSports.ca, the CBC Sports app and the free CBC Gem streaming service, beginning on Oct. 2 through Nov. 13. Read more details here.

You’re up to speed. Talk to you tomorrow. 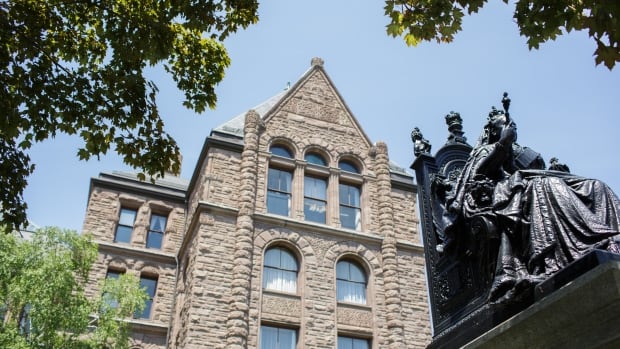