The latest coronavirus news from Canada and around the world Tuesday. This file will be updated throughout the day. Web links to longer stories if available.

7:52 a.m.: A 20-year-old student working at a gas station in southwestern Germany was shot and killed after refusing to sell beer to an unmasked customer, the local prosecutor said.

When an unmasked 49-year-old man entered the gas station on Saturday night and placed two six-packs of beer on the counter in the town of Idar-Oberstein, near the French border, the cashier insisted that he wear a mask, said Kai Fuhrmann, the district attorney in charge of the case, in a telephone interview.

Masks have been mandatory in shops in Germany since shortly after the pandemic started.

The man then left the store only to return an hour later, still unmasked but with a gun — one not licensed under Germany’s strict weapons laws. When the clerk asked him a second time to put on a mask, Fuhrmann said, he killed him with a single shot to the head.

Although Germany has seen protests, sometimes including violence, over its mask and hygiene rules, this is believed to be the first death in the country directly linked to the restrictions.

6:22 a.m.: The Beizhong International Travel Agency in the eastern city of Tianjin has had only one customer since coronavirus outbreaks that began in July prompted Chinese leaders to renew city lockdowns and travel controls.

Most of China is virus-free, but the abrupt, severe response to outbreaks has left would-be tourists jittery about traveling to places they might be barred from leaving. That has hit consumer spending, hindering efforts to keep the economic recovery on track.

China’s “zero tolerance” strategy of trying to isolate every case and stop transmission has helped keep the country where the virus first was detected in late 2019 largely free of disease. But the public and businesses are paying a steep price.

Foreign athletes are due to compete in the Winter Olympics that start Feb. 4 in Beijing and the nearby city of Zhangjiakou, but the government has yet to say whether restrictions that prevent most foreigners from entering China will be relaxed to allow spectators in.

“Two years ago, this was our busiest season,” said the Beizhong agency manager, Wang Hui.

Holliday, 61, died Sunday at a Los Angeles hospital, where he had been for more than a month, according to Robert Wollenweber, a longtime friend and former coworker. Holliday was not vaccinated and was on a ventilator in recent days after contracting pneumonia, Wollenweber said.

Holliday was awakened by a traffic stop outside his San Fernando Valley home on the night of March 3, 1991. He went outside to film it with his new video camera, catching the Los Angeles officers punching, kicking and using a stun gun on King, even after he was on the ground.

A year later, Holliday’s out-of-focus footage — about 9 minutes worth — was a key piece of evidence at the four officers’ criminal trial for assault and excessive use of force.

When a jury acquitted all the officers on April 29, 1992, the city erupted in widespread violence. Hundreds of businesses were looted and destroyed over several days. Entire blocks of homes and stores went up in flames. More than 60 people died by shootings or other violence, mostly in South Los Angeles.

6:10 a.m.: Health units and school boards across the Greater Toronto Area have no public plans about what the COVID-19 vaccine rollout to children five and up could look like, despite news from Pfizer on Monday suggesting the approval of its jab for this age group may be coming soon.

With the province scaling down mass immunization sites in favour of a “last mile” strategy that focuses on smaller, community-based and targeted outreach, so far, there’s been no word even to family doctors about any preparations ahead of official Health Canada approval.

“We should have been planning for this for weeks and months,” said Dr. Tara Kiran, a family physician at the St. Michael’s Hospital Academic Family Health Team.

“The track record, unfortunately, is that often we’re not ready when we should be.”

Pfizer announced Monday in a press release that its vaccine, now marketed as Comirnaty, provoked a strong immune response in children aged five to 11.

Read the full story from the Star’s Maria Sarrouh and May Warren.

6 a.m.: Pfizer Canada says it plans to provide Health Canada with data showing its COVID-19 vaccine works for children in a bid to seek authorization “as early as possible.”

Pfizer said Monday its research shows its product works for children aged five to 11 and that it will also seek U.S. authorization for this age group soon — a key step toward protecting schoolchildren from the novel coronavirus.

Christina Antoniou, the company’s director of corporate affairs in Canada, says they “share the urgency” to provide data that could lead to a shot for young kids.

She could not say when that information would be submitted, but notes Pfizer has been sending new vaccine data to Health Canada as it becomes available.

Pfizer’s latest findings have not been peer-reviewed, nor published.

Health Canada says several studies on children are underway by various COVID-19 vaccine makers, and that it “anticipates vaccine manufacturers to provide data in children in the coming months.”

Health Canada adds that no submission has been received yet for the approval of any COVID-19 vaccine in children younger than 12 years old.

5:50 a.m.: President Joe Biden soon will require millions of workers to get vaccinated against COVID-19 or be tested weekly. But before Biden’s announcement earlier this month, 18 states and the District of Columbia already had told public sector workers to get their jabs or risk losing their jobs, and 21 states plus the District of Columbia had such mandates for health care workers.

Many of those state mandates will take effect in the coming weeks, offering a glimpse of the effects Biden’s plan could have on the workforce once the final federal rule is in place.

Like the federal plan, most of those state requirements will allow for weekly testing as an alternative to vaccination.

RELATED:  How Justin Trudeau's people arranged his whirlwind visit to a Ukraine at war | CBC News

The U.S. Food and Drug Administration spent months weighing full approval of the vaccines. During that time, officials in several states negotiated with unions and considered whether a mandate would chase a large number of employees out of the state workforce.

“Overall, the states that have mandated vaccines have said, ‘We really need to do this, and we don’t think we’ll have a huge loss in our workforce,’” said Hemi Tewarson, executive director of the National Academy for State Health Policy, a nonpartisan forum of state policymakers.

The vaccine certification system will come into effect Sept. 22, although the province’s planned app won’t be in action for another month. Customers going to a gym, restaurant and a number of other non-essential venues will be required to show proof of vaccination — and proof they received their second dose at least 14 days earlier — on paper or on their phone, or provide an exemption document written by a doctor or registered nurse.

The mandate will be harder to implement for some businesses than others, depending on the number of customers they see daily.

Victoria Wickett, co-owner of Bomb Fitness, said it will be easier for client-based businesses like hers to deal with the vaccine certification mandate than restaurants, for example, which deal with a much higher volume of people.

But navigating the vaccine certification system is “still a huge expense,” said Wickett.

She thinks the government should have waited until the app was ready before implementing the vaccine mandate.

“It’s a lot on our plate to ask for this,” she said. “It would have been nice if it was made a little bit easier. 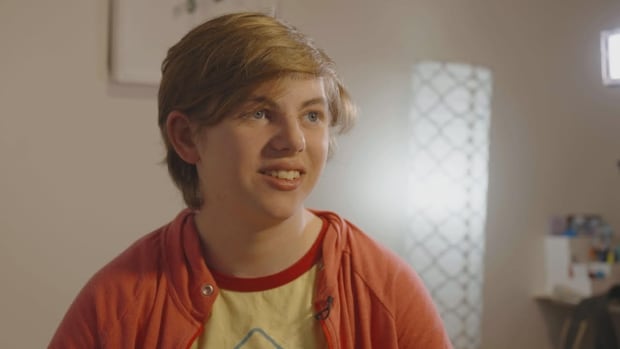 This activist wants ‘a different kind of government.’ That’s why she’s trying to get more people to vote | CBC News All Power Books, a West Adams resource in tough times, faces its own uncertain future
31 mins ago

Jackie Cazares and Annabell Rodriguez were cousins and best friends. They died together in the Texas elementary school shooting.
55 mins ago