Ontario’s COVID-19 vaccine rollout could look different in each of its 34 public health units as the province receives more doses in the coming weeks, the government said Monday.

Solicitor General Sylvia Jones said Ontario is “empowering” local health units to draw up their own specific plans to distribute the vaccine, and all have been submitted to the government for approval.

Vaccines will be distributed to health units based on population, Jones said, and while they must follow the province’s plan to vaccinate priority populations first, they can also determine the best way to serve the needs of their communities.

Ontario reported another 1,058 cases of COVID-19 and 11 more deaths on Monday, as one long-standing hot spot for the illness moves back into the province’s colour-coded system of restrictions.

The new cases in Monday’s update include 325 in Toronto, 215 in Peel Region and 87 in York Region, where businesses are allowed to reopen and non-essential retailers and restaurants can welcome customers back with capacity limits. York formally moved into the red “control” level of Ontario’s reopening framework this morning, meaning its stay-at-home order has been lifted.

Vaccine delivery will be different between communities

Jones said public health units must adhere to the provincial plan for priority populations but they can determine the best way to serve the needs of their communities.

“They are not new organizations,” she said. Jones added that they have historic health data on their communities and have close relationships with the hospitals in each region.

“We are ensuring through our vaccine distribution that the people most close to their communities — the public health units — are making the decisions on what is the fastest and easiest and most equitable way to ensure that people get the vaccines they need,” she said.

Ontario expects to receive a more steady supply of COVID-19 vaccines in the coming weeks as delivery issues that previously slowed the rollout have been resolved.

The province has so far been focused on vaccinating the highest priority groups, which include residents and staff in long-term care homes. Residents aged 80 and older, Indigenous adults, and seniors in congregate care have been identified as the next in line for the shot.

The province is creating an online booking system to help expand its vaccine rollout in the coming weeks. The second phase of its distribution plan, slated for April, is to target the 80 and older group, and then residents aged 65 to 75 through primary care clinics and pharmacies. It also includes mass vaccinations sites, led by local health units, for residents aged 16-60, and mobile sites for high-risk groups.

The rollout is then set to shift into a third phase in August,when all other remaining residents can get the shot. A total of 569,455 vaccine doses have been administered in Ontario so far.

Opposition leader Andrea Horwath said the province needs to take a more active approach to the local rollouts and ensure all health units have the necessary resources required to speed up distribution.

“It’s worrisome that the government looks like they’re planning to lay any problems at the feet of public health units, which is unfair,” she said. “The government really needs to have a much stronger and effective control over what’s going to happen with the vaccination.”

York Region has consistently logged some of Ontario’s highest COVID-19 case counts, but the local medical officer of health requested that the province move it back to the tiered framework to bring it in line with most of Ontario’s other public health units.

“As of midnight, all but three of our health units have entered the coloured framework. To be clear, that’s not an opening up, that’s a relaxing of the measures to a lower level,” said David Williams, Ontario’s chief medical officer of health, at a press conference Monday. He said the daily average is hovering around 1,000 cases a day. “We will be fairly quick at moving things up if they’re going in the wrong direction,” he said.

RELATED:  Dry conditions in Saskatchewan have been baking fields this summer. Many farmers are stressed | CBC News

“Those numbers are still staying in the lower end but we have to be very cautious, and we are very concerned about where they might go,” Williams said.

A stay-at-home order remains in effect only for Toronto, Peel and North Bay-Parry Sound until at least March 8.

Other public health units that saw double-digit increases in confirmed cases were:

The cases logged today come as Ontario’s lab network completed just 31,163 tests for SARS-CoV-2, the virus that causes COVID-19, and reported a test positivity rate of 3.3 per cent.

There are now about 10,335 confirmed, active infections provincewide.

According to the Ministry of Health, there were 646 people with COVID-19 in hospitals. Of those, 280 were being treated in intensive care and 189 needed a ventilator.

The ministry also released early results from its asymptomatic testing program, which was recently introduced as part of the government’s plan to reopen all publicly funded schools.

A total of 3,706 students were tested at 416 schools, broken down by public health unit as:

The testing confirmed COVID-19 cases in 32 students, or .86 per cent of all those tested. Two additional tests are pending in Peel Region.

The ministry said it plans to offer weekly updates on the results of the program.

Later today, the province’s chief public health officer is due to testify before a commission investigating how Ontario’s response to COVID-19 affected long-term care homes.

Dr. David Williams’ comments will not be live-streamed, but the Long-Term Care COVID-19 Commission is expected to post a transcript at a later date.

The Ministry of Labour, Training and Skills Development says it will spend $4.1 million to help train hundreds of personal support workers.

In a statement, the ministry said the money will go toward eight projects in regions especially hard-hit by the pandemic, and help train 373 new PSWs.

Several of the projects are already underway, while others will start in the spring, the release said.

Some of the funding will also be used to develop educational resources meant to reduce PSWs exposure to infections. 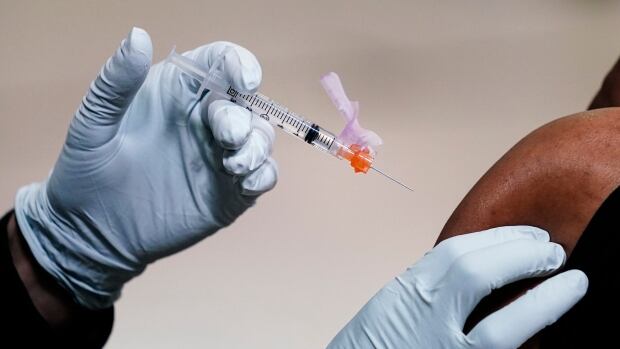