As Hanna Zientara, 83, emerged from subfreezing temperatures into a vaccine centre in Warsaw for a booster shot against COVID-19, her 30-year-old grandson was starting a vacation in Tenerife — unvaccinated and stubbornly refusing her repeated pleas to protect himself.

“He said: ‘No matter what you tell me, I will not get vaccinated.’ Nothing can be done,” she said.

Poland and several other countries across central and eastern Europe are battling a massive surge of infections and death fuelled by the transmissible delta variant.

Now they face the spectre of another variant, omicron, with vaccinations rates far lower in Western Europe.

In Russia, the death toll peaked at over 1,200 people a day for several days in late November and remains at over 1,100 per day.

Ukraine is emerging from its highest death toll set in the pandemic, but still is recording hundreds of deaths a day.

Meanwhile, the death rate in Poland, while lower than at its peak in the spring, has been at more than 500 dead per day in many recent days, and has not yet peaked.

The situation has created a dilemma for a government that has urged citizens to get vaccinated but clearly worries about alienating those voters opposed to vaccine mandates or any restrictions on economic life.

RELATED:  Notes from the classroom: All Kinds of Beautiful Minds - Learning Difficulties Awareness is key

In the face of a health system already stretched to its limits, Polish deputy health minister Waldemar Kraska announced on Tuesday that authorities will require doctors and other medics – along with teachers and uniformed workers like police, military and firefighters – to be vaccinated by March 1.

Critics of the government denounced the step as too little too late, while a far-right party, Confederation, said it went too far, describing the plan as a step toward “sanitary segregation,” or a system discriminating against the unvaccinated.

On Tuesday, as Zientara got her booster with the Pfizer vaccine, the government reported 504 more deaths, bringing the death toll to over 86,000 in the nation of 38 million.

Sitting nearby was Andrzej Wiazecki, a 56-year-old who needed no convincing to come in for a booster shot.

He has several friends hospitalized with COVID-19, including a previously healthy and athletic 32-year-old who is now fighting for his life.

Wiazecki thinks his friend will probably die, “especially since there is no room for him in the intensive care unit because there are so many patients that he is lying somewhere in a corridor,” he said.

Wiazecki said his friend didn’t want to be vaccinated, and his friend’s siblings haven’t softened their stance on receiving the jab either, despite his plight.

RELATED:  What is 'survivalism' and why is it getting so popular in Spain?

The resistance to vaccines in eastern Europe is rooted in distrust of pharmaceutical companies and government authorities, while disinformation also appears to be playing a role.

With 54% of Poles fully vaccinated, the country can actually boast a higher rate than some countries in the region.

Ukraine’s vaccination rate is just 27%, and Russia’s is 41% even though the country has produced its own vaccines, among them Sputnik V.

Bulgaria, which like Poland belongs to the European Union, has a vaccination rate of 26%, the lowest in the bloc.

Fears have risen recently due to reports of the omicron variant.

Though it has not yet been confirmed in Poland, experts believe it is likely already circulating.

According to Polish media reports, fears sparked by omicron have led some to finally opt to get their first shots in the southern mountain region of Podhale, where the vaccination rates are far below the national average.

But at the vaccination centre in Warsaw, located in a blood donation centre, there were not many first-timers.

By 10 a.m., the coordinator of the centre, Paula Rekawek, said there had been only one person who had got a first shot that morning.

The high level of vaccine resistance has become a business opportunity for restaurateur Artur Jarczynski at his popular “Der Elefant” restaurant in downtown Warsaw – the first restaurant in Poland that requires diners to show proof of vaccination to enter.

‘There is no need for government orders’

While travelling in Western Europe, Jarczynski saw that requiring proof of vaccination to dine was a norm in some countries, including France.

When he first introduced it to his Warsaw restaurant, he was bombarded by hateful phone calls and messages for a couple of days.

But not from his regular clientele, who were grateful for a place where they can feel safe.

Business on Tuesday was brisk as customers ordered steaks, fish and other fare.

And one diner, Ryszard Kowalski, appreciated the sense of security he felt knowing that everyone around him was vaccinated, and said it was proof that “there is no need for government orders” to create safe environments.

But Jarczynski has not yet dared to impose the vaccine requirement in several other Warsaw restaurants that he owns.

He described Der Elefant as “an island in a country of almost 40 million people, which on the one hand makes us happy, but also sad that we are just such a tiny island”. 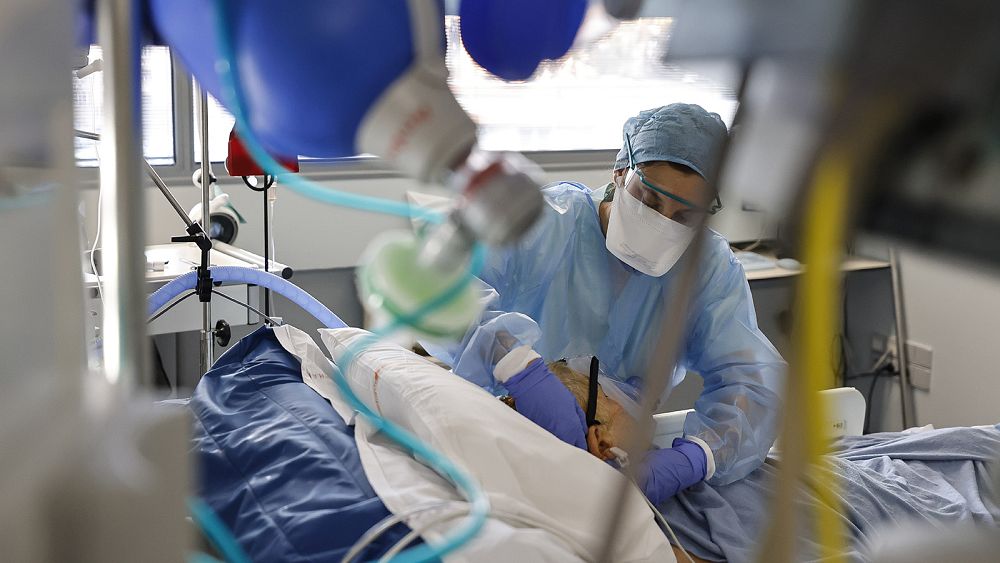