France’s anti-terror prosecutor has confirmed that the suspect in Friday’s gruesome beheading of a middle school teacher was a Chechen teenager and that the school had received threats prior to the attack.

Police shot the suspect dead minutes after 47-year-old history teacher Samuel Paty was brutally murdered in the Paris suburb of Conflans-Sainte-Honorine, in what President Emmanuel Macron described as an “Islamist terrorist attack”.

French police investigating the teacher’s killing were questioning nine people in custody on Saturday, including the suspect’s grandfather, parents and 17-year-old brother.

Jean-François Ricard, France’s anti-terrorism prosecutor, said the suspect was an 18-year-old Chechen born in Moscow, who was living legally in France as a refugee.

Ricard said the suspect, who was granted a 10-year residency in March and was not known to intelligence services, had been armed with a knife and an airsoft gun, which fires plastic pellets.

The suspect had posted a picture of the victim on social media after the attack, minutes before he was shot dead by police a few streets away, Ricard added.

Paty had earlier this month shown his pupils cartoons of the Prophet Mohammed in a civics class on freedom of expression, reportedly angering a number of Muslim parents.

Islam prohibits images of the prophet, considering that they lead to idolatry.

Ricard, the prosecutor, said the teacher had filed a complaint for defamation after the school received threats over his teaching methods.

He said the suspect had approached pupils in the street and asked them to point out his victim before the attack.

The prosecutor added that one of the people arrested in the wake of the attack had a relative who had been a member of the Islamic State (IS) group.

‘Murdered for teaching freedom of expression’

On Saturday, parents and teachers paid tribute to the murdered teacher, laying white roses outside the school and holding up placards saying “I am a teacher — Freedom of Speech”.

Martial, 16, said Paty had loved his job: “He really wanted to teach us things — sometimes we had debates.”

“According to my son, he was super nice, super friendly, super kind,” Nordine Chaouadi, a parent of one of Paty’s students, told AFP.

Arriving at the scene of the attack on Friday night, Macron urged the nation to stand united against extremism.

“One of our compatriots was murdered today because he taught (…) the freedom of expression, the freedom to believe or not believe,” Macron said.

>> For a teacher in France, a lesson on freedom of expression was followed by death

It is the second time in three weeks that terror has struck France linked to caricatures of the Prophet Muhammed.

Last month, a young man from Pakistan was arrested after attacking two people with a meat cleaver outside the former offices of the satirical newspaper Charlie Hebdo.

The weekly was the target of a deadly newsroom attack in 2015, and it republished caricatures of the prophet this month to underscore the right to freedom of information as a trial opened linked to that attack.

Friday’s terror attack came as Macron’s government works on a bill to address Islamic radicals, who authorities claim are creating a parallel society outside the values of the French Republic.

Quotes of the Day from Xinhua World News, Oct. 17 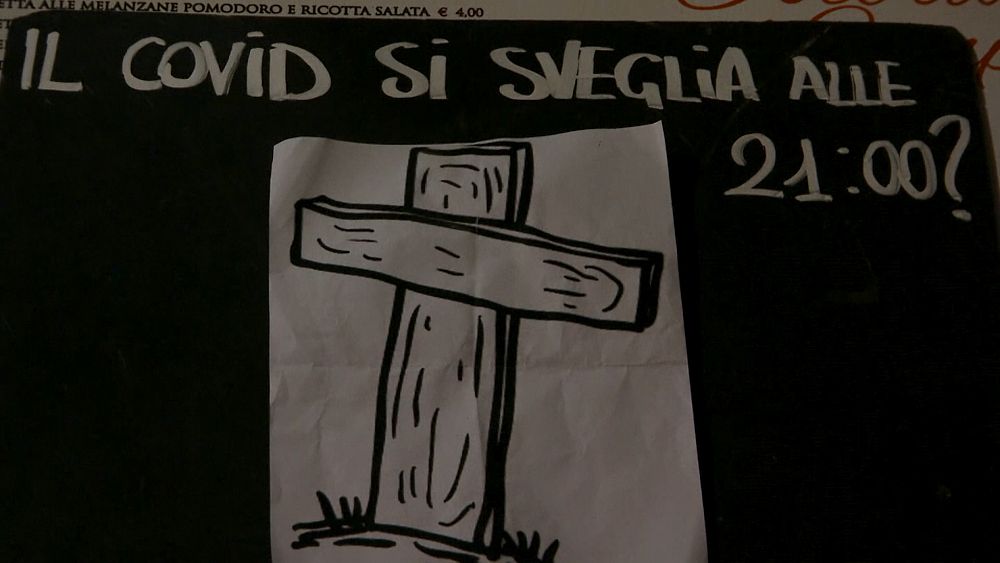 Protests in Italy as coronavirus curfews come into force