The owners of a US bed and breakfast have removed a Norwegian flag from outside their business after being accused of promoting racism from people who thought it was a Confederate flag.

The Nordic country”s flag had been hung opposite the American flag outside The Nordic Pineapple in St Johns, Michigan.

The gesture was a nod to owner Kjersten Offenbecker’s grandfather, who was born in Norway.

But both flags have since been removed from the bed and breakfast. The owners have said they never would have thought anyone would mistake the Norwegian flag for something else.

“I am very proud of my Norwegian heritage and will fly [the flag] on special occasions like Norwegian Independence Day and maybe I will find a less conspicuous place to fly it but, for now, we feel that it is the best decision to take it down,” said Kjersten Offenbecker on Facebook.

Although with a similar colour scheme, the Confederate flag can be differentiated from Norway’s flag by the white stars which appear on a blue cross.

Several community members have urged the couple to put the Norwegian flag back up, but the Offenbeckers confirmed on Facebook that the flag will not be reappearing outside The Nordic Pineapple.

“We love being members of the St Johns community and are heartbroken to have had to make this decision.”

“Given the current cultural climate and the idea that people are judging us based on the misconception of the national Norwegian flag vs. the Confederate flag, this is what is best for our family and our Inn.”

The death of black American George Floyd in May sparked worldwide protests against alleged racial injustice and police brutality.

Recent demonstrations had renewed calls to ban the Confederate flag – which represents the group of southern states that fought to keep slavery during the US Civil War. 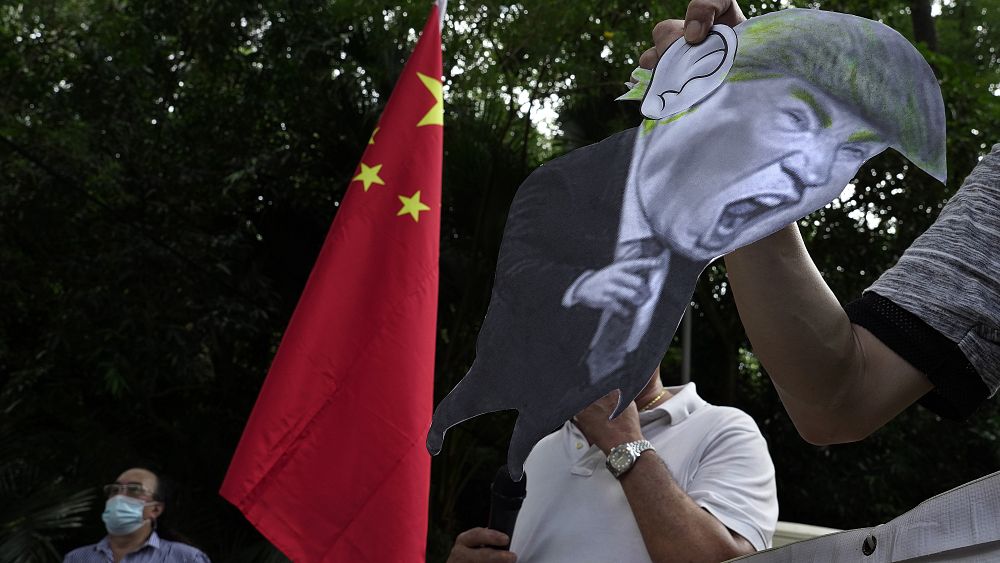