Recep Tayyip Erdogan received applause from supporters when the iconic Hagia Sophia museum in Istanbul was turned back into a mosque.

It was the symbolic act of a year in which the Turkish President’s assertive foreign policy pleased many of his supporters, but created tensions in the region and with the EU.

Some saw Erdogan’s strategy as a dangerous attempt to divert attention from the country’s economic turmoil, worsened by the free fall of the lira and the impact of the pandemic.

The Hagia Sophia rebirth as a mosque drew criticism from the Pope, while Greek Orthodox church leaders held vigils for “a day of mourning”.

In October Emmanuel Macron became the focus of Erdogan’s barbs. After the murder of a teacher who’d shown his pupils cartoons of the prophet Mohammed, the French President reiterated his support for the right to draw cartoons of any religious figure.

Ankara called for a boycott of French goods and Erdogan accused Macron of pursuing an anti-Islam agenda, saying at a rally, that the French president should have his mental health checked.

There was much more behind this conflict than questions of freedom of speech.

Macron has been a consistent critic of Erdogan’s foreign policy: over Syria, Libya, Nagorno-Karabakh and, most assertively, maritime rights in the Eastern Mediterranean.

Tensions rose when Turkey sent the Oruç Reis survey vessel into a disputed area to search for potentially rich oil and gas deposits.

Greece, thanks to its islands, claims the region as its own under maritime law. The European Union backed Athens.

Ankara says it’s working within its own exclusive economic zone. With both sides mobilising navy and air forces, concerns over a possible military conflict remain.

Fragile relations with the EU

The Eastern Mediterranean issue puts additional strain on Ankara’s already fragile relationship with the EU. Turkey is a Nato member, trade partner and the country hosts millions of migrants – acting as a buffer zone for the continent.

Its candidacy for EU membership long-since rebuffed, Turkey appears more firmly set than ever on a path of assertive independence. Where it leads, will be a major issue in the year to come.

Review of the Year: winds of protest in the East 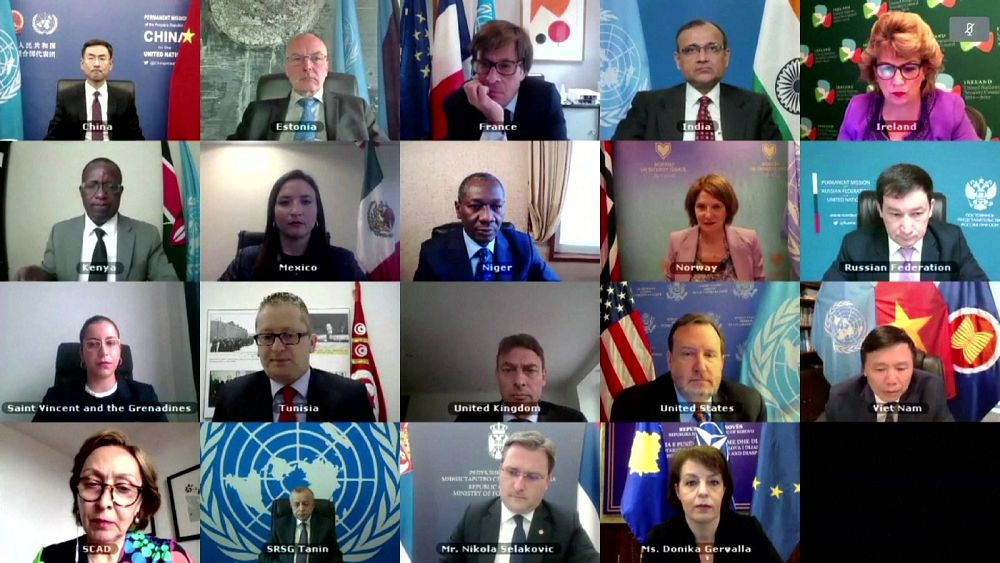 George Floyd’s pal Morries Hall has the right to invoke the Fifth, judge says
13 mins ago

Why Coinbase could be worth as much as $100 billion. Here’s who is getting rich off of it.
35 mins ago