Christie’s said Tuesday it is selling a bottle of French wine that spent more than a year in orbit aboard the International Space Station. The auction house thinks a wine connoisseur might pay as much as $1 million to own it.

The Pétrus 2000 is one of 12 bottles sent into space in November 2019 by researchers exploring the potential for extraterrestrial agriculture. It returned 14 months later subtly altered, according to wine experts who sampled it at a tasting in France.

Tim Tiptree, international director of Christie’s wine and spirits department, said the space-aged wine was “matured in a unique environment” of near zero-gravity aboard the space station.

The trip turned a $10,000-a-bottle wine known for its complexity, silky, ripe tannins and flavors of black cherry, cigar box and leather into a scientific novelty — and still a fine bottle of wine, Tiptree said.

“It’s just a very harmonious wine that has the ability to age superbly, which is why it was chosen for this experiment,” he said. “It’s very encouraging that it was delicious on return to Earth.”

VIDEO: Twelve bottles of Bordeaux wine and more than 300 vine shoots spent several months in space on board the international space station (ISS). It’s an initiative by a French start-up that hopes to find answers to the problems of global warming pic.twitter.com/M9YkYAfVsI


Private space startup Space Cargo Unlimited sent the wine into orbit in November 2019 as part of an effort to make plants on Earth more resilient to climate change and disease by exposing them to new stresses. Researchers also want to better understand the aging process, fermentation and bubbles in wine.

At a taste test in March at the Institute for Wine and Vine Research in Bordeaux, France, a dozen wine connoisseurs compared one of the space-traveled wines to a bottle from the same vintage that had stayed in a cellar.

They noted a difference that was hard to describe. Jane Anson, a writer with the wine publication Decanter, said the wine that remained on Earth tasted a bit younger, the space version slightly softer and more aromatic.

The wine, being offered by Christie’s in a private sale, comes with a bottle of terrestrial Pétrus of the same vintage, a decanter, glasses and a corkscrew crafted from a meteorite. It’s all held in a hand-crafted wooden trunk with decoration inspired by science fiction pioneer Jules Verne and the “Star Trek” universe.


Proceeds from the sale will fund future research by Space Cargo Unlimited. Several other bottles from the dozen that went to space remain unopened, but Christie’s says there are no plans to sell any of them.

Tiptree says the price estimate, “in the region of $1 million,” reflects the sale’s likely appeal to a mix of wine connoisseurs, space buffs and the kind of wealthy people who collect “ultimate experiences.”

The lot includes the bottle of 2000 Pétrus that remained on Earth so the buyer can compare the two — should they decide to open the one that went into orbit.

“I would hope that they will decide to drink it, but maybe not immediately,” Tiptree said. “It’s at its peak drinking, but this wine will last probably another at least another two or three decades.”

2021 NFL Draft: Rondale Moore and Kadarius Toney among best and most questionable fits The Blog: Mallorca’s mediaeval past is on hold 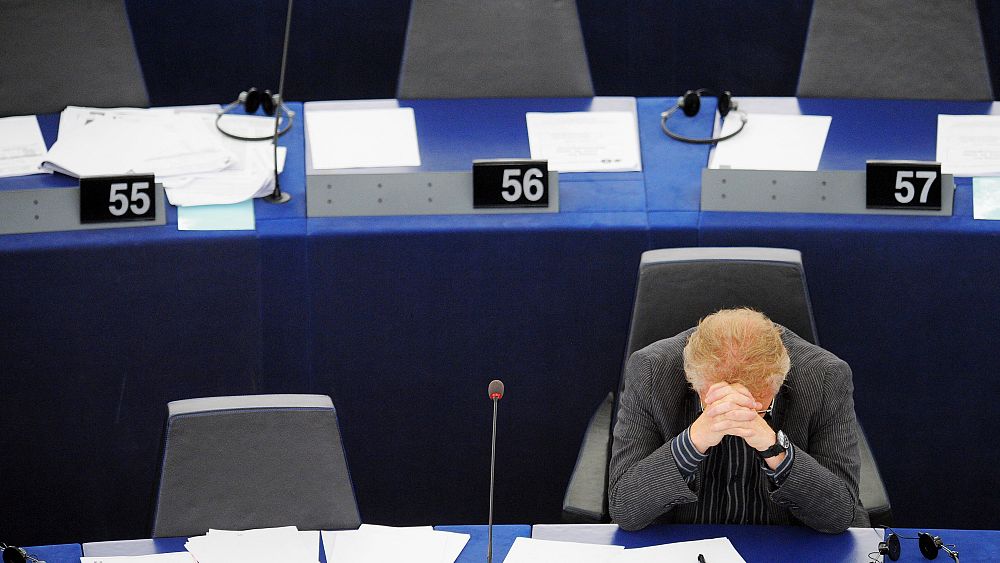 Can the EU play a role as Israeli-Palestinian violence escalates?