Three British teachers have been stranded in Italy for almost two months after testing positive for coronavirus seven times each.

Rhys James, 23, Quinn Paczesny, 20, and Will Castle, 22, have been in a specialist isolation facility since August 17.

The three were teaching English in Florence when they began to show symptoms and were taken to hospital.

But despite feeling fit and well the trio have not been allowed to leave because they are repeatedly testing positive for the virus.

A Foreign, Commonwealth and Development Office spokesperson told MailOnline: ‘FCDO Consulate staff are supporting three British men in quarantine in Italy and are in regular contact with them.

‘The length of quarantine is based on local measures to control the spread of Covid-19, but we have raised concerns about their food, rooms and medical issues directly with the Italian authorities, and will continue to do all we can to help them while complying with local requirements.’

Rhys, of Pembroke Dock, Quinn, of Sheffield, and Will, of Brighton, must provide two negative tests in a row before being allowed to fly home.

Rhys said they have been told by one doctor that despite their test results they are unlikely to be infectious – leaving the lads ‘totally confused’ why they can’t go home.

He said: ‘The World Health Organisation guidelines say after 10 days of self-isolation, we can leave. We know the UK agrees with this yet Italy doesn’t.

‘We don’t understand why the embassy and foreign office can’t do more to get us home when they believe that we are no longer contagious. My MP has not responded to me and the others’ MPs say that they can’t do much.’

Rhys said that none of the three have shown any symptoms since two days after falling ill but are still not allowed to leave.

The trio have been in contact with the British embassy but have been told the rules are in the hands of Italian medics. Will Castle, 22, Rhys James, 23 and Quinn Paczesny, 20, were teaching English in Florence when they tested positive for coronavirus on August 17 Rhys says he has little faith in whether the testing system at their isolation facility is reliable after previously being told his results were delayed because of a failure.

He said: ‘Doctors told us the machine had broken. They said it had been overwhelmed over the week and had lots of problems. It doesn’t give us much hope to be honest, we’re wondering if it’s even valid.

‘Will and Quinn got theirs back on Wednesday. We all want negative results but we are worried we will test negative at different times. I’m relieved I have the same result as the other two, but gutted we all still tested positive.’

The three desperate lads are now trying to source private tests to see if the results would show up any different.

He said: ‘We know of one Brit who was in a similar situation to us. He kept testing positive for coronavirus in public facilities in Italy until he managed to get a private test. He then tested negative twice and could fly back to London.

‘We were told by one doctor that if we could do a private test and it came back negative, we might be able to leave. This is the same doctor who told us we are unlikely to still be contagious.

‘We are trying to apply for private tests, but we need help from the embassy to get them.’

In Italy, patients must test negative for coronavirus twice at least 24 hours apart before they can leave quarantine.

The trio’s meals, which sometimes consist only of mozzarella cheese and carrots, are left outside their rooms by staff in hazmat suits.

Meanwhile they are forced to wash their clothes in the bathroom sink, using only shampoo. The top have said they feel ‘abandoned’ after being kept in quarantine for a month in an Italian coronavirus facility, pictured above

The three men, who have been transferred to three separate facilities over the past five months, are calling on the UK government to help them leave the country and be repatriated, with fears growing they could still be there at Christmas time.

‘What we are looking for is the Foreign Office — or whoever has the ability to get us out of here — to get in and repatriate us,’ Castle, from Haywards Heath, West Sussex, told the Sunday Times.

‘We just want someone to take notice so we can return home. We can isolate there. We just want to continue our lives and not be stuck in this eternal hell.

‘We could test negative next week, the week after, or never. We are literally at their mercy as to when we get to leave.’ According to Castle, one of his friends suffers from Celiac disease but despite this his dietary requirements have not been properly catered for. One of the meals provided to the men pictured above According to Castle, one of his friends suffers from Celiac disease but despite this his dietary requirements have not been properly catered for and he has on occasion been forced to eat food containing gluten.

‘The pastoral care has just been really rubbish,’ he told Metro.co.uk.

The three friends often video-call each other to boost their mood, but they say the WiFi connection can be poor.

The only in-person interaction they have with others is when a cleaner, in a hazmat suit, comes to disinfect their rooms.

Paczesny, from Worksop, Nottinghamshire, said: ‘We are all in separate rooms, not allowed to leave these four walls. The meals are lacking in nutrition.’ The three friends often video-call each other to boost their mood, but they say the WiFi connection can be poor

The World Health Organisation (WHO) has previously warned against requiring two negative tests before releasing people from quarantine, warning it could result in ‘long periods of isolation…affecting individual well-being’.

The trio are tested for Covid-19 every Monday and so far, they have tested positive each week. They put this down to ‘dead coronavirus cells’ that have remained in their systems.

If you don’t ask, you don’t get – requesting Section 30 is essential 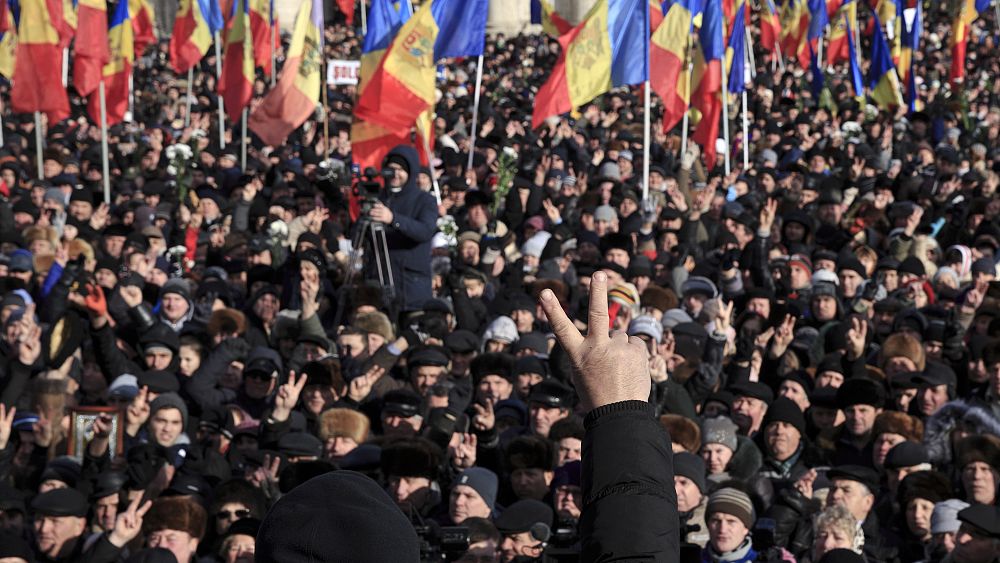 ‘Moldova is at a crossroads,’ says leader of opposition Maia Sandu