For my sixteenth birthday, I received a rather original present from my parents- a cream box containing two Steiff teddy bears wrapped up inside tissue paper, one a white mohair plush and the other black with red stitching. They sat with their arms outstretched and their polished eyes shining.

The reason this was unusual is because the teddy bear is usually given to infants more than half my age. The teddy bear is a child’s joy; it is to be abandoned at around the age of six or seven, perhaps even earlier, due to the burgeoning market of educational and electronic toys. But surely this isn’t a dying obsession- just walk into any one of your average gift shops, and you will be faced with a myriad of glowing stuffed bears of all shapes and sizes, who have stood the test of time from their mere century-old descendents. I can almost guarantee that you have been given a teddy bear in some form for at least one birthday or an anniversary of some sort- maybe so much so that now they have become a thing of spoiled overconsumption, a thoughtless gift, such as a box of chocolates or a bouquet of roses. Has the novelty of the teddy bear been lost throughout the years to remain lost in a sea of plastic battery-charged toys?

With all things considered, the teddy bear is not a particularly elderly toy. There is some debate as to the exact date that the teddy bear was created- whilst it is universally accepted that it was inspired by Theodore Roosevelt when he refused to shoot a bear cub tied to a tree, there are two names thrown in the hat that are attached to the literal invention. Morris Michtom and his wife Rose were Brooklyn shopkeepers of Russian descent, who had witnessed wild bears first-hand as children. They were inspired by the Clifford Berryman cartoon depicting the former president of America declaring in ringing tones ‘Spare the Bear!’, and Rose Michtom created the very first teddy bear out of felt, given her previous experience in toy-making. She displayed it in her shop window underneath newspaper clippings of the President’s morally successful hunting trip, and this phenomenon turned from national to global.

However, if you look up on a search engine who invented the teddy bear, it is not only Michtom who is mentioned- Richard Steiff is also credited. The Steiff family had been creating toys in Germany for years, an early example being the pull-along stuffed elephant and even bear-shaped skittles. Therefore, their teddy bears were high quality and were already being made by a reputable company, with a specific design of ‘spoon-shaped’ arms and long oval feet, and later on with the trademark metal ‘Button in Ear’ (or ‘Knopf im Ohr’). Whilst there may still be some debate as to who was the first inventor of the teddy bear, there is only one name internationally remembered to this day- whilst the Steiff company expanded their business to become more and more prolific, the Michtoms slowly faded away from publicity.

Overtime, the teddy bear has evolved to become a source of comfort and truth for a child. It can be a secret-keeper, a sidekick, a first mate for adventures, a relentless companion. The teddy bear can be a shoulder to lean on during hard times, and as they become more and more rapidly produced, available to anyone anywhere in the world. So why are these toys being abandoned earlier in childhood than ever? Why are they being discarded in the wake of newer, more educational toys, such as a board game or a video game? And the age that children are beginning to abandon simpler toys is only ever continuing to rise.

Games in all different forms are being embraced by families and siblings alike, especially due to the pandemic and the past Christmas season. Traditional board games such as ‘Snakes and Ladders’ and ‘Operation!’ have always been a firm favourite, and we even saw chess make a comeback in 2020 after the hit Netflix series ‘The Queen’s Gambit’ was released. A new dawn for games has now come into play, such as video games and even the ever-increasing obsession with the worldwide phenomenon of another of Netflix’s series ‘Squid Game’, which contains around five traditional children’s games to reintroduce into the world (perhaps without the life-threatening consequences). As these more current forms of entertainment emerge, the teddy bear will begin to see a decline in popularity- still predominantly sold in gift shops and on the high street, but more to act as a staple to the world of holiday shopping. I have been to numerous toy stores such as Toy Barnhaus and Smyths Toys Superstore, and I have been faced with Barbie dolls, baby dolls, action figures, Funko Pop! figures, Lego sets, Nerf guns, and tricycles, but not once have I seen an old-fashioned teddy bear in all its prime sitting on one of those shelves. This is not due to the stores’ failure to stock the teddy bear on their shelves- it is down to the consumer’s lack of interest.

Whilst all these alternative forms of entertainment have their own benefits, one thing is prevalent to me- all of these more modern toys are built to shape children for a rather stereotypical adult future. Gender-based toys such as baby dolls in pastel shades and toy tanks with plastic guns all seem to hypnotise children into believing in a narrower world. Whilst some toys do not outright portray themselves as gender-based, it is almost like subtext. Boys are too often diverted into games of violence and warfare, when girls are introduced to baby dolls and hairdressing accessories. These are done almost subconsciously, and whilst there is no real rule that tells children what toy suits them better, it is like a silent law. It is rare to ever see a boy playing with a doll or a girl playing with a toy gun without there being some sort of backlash. On the other hand, the teddy bear is open to all children, and because it is such a simple toy, there is no limit as to how the teddy bear can be represented. Although it is widely accepted that the teddy bear is masculine, there is no rule that tells anyone this, so it is up to the owner to decide whether to keep or change this label. The teddy bear is open to interpretation- the manufacturer does not ultimately create it, but the owner.

Certain modern toys such as video games sometimes prioritise competition and narcissism over empathy and kindness, and encourage children to strive to be the best they can possibly be at all times, perfection in everything they do. Whilst ambition is a key concept to life as an individual, it is impossible to retain 100% accuracy at all times, and could even discourage teamwork and communication skills. And although educational games could benefit a child’s schoolwork, why should a young child’s life have to revolve around school and academic achievement, when there should be a focus on human kindness and care for others? Shouldn’t there be a distinction between academic and personal growth? I highly doubt that a five year old needs to worry about being the best at everything they do, when they should be developing moral skills, such as generosity and understanding. By the teddy bear, one can neither win nor lose, be the best or the worst. The teddy bear is a neutral companion, and the soil for imagination to grow. Most of all, it is a diversion from reality- a child’s world cannot be filled with competition when the adult world is already full of it.

RELATED:  Man charged with murder after woman stabbed to death in Plumstead

So whilst it is universally agreed that the teddy bear is still predominant in the toy industry, it is no longer a thriving or growing obsession. No, it is certainly not in danger of extinction, but in the same way that bread is no more excitable to others than the weekly shop, it is destined to live as a staple rather than something which is actively pursued. There is no point trying to evolve the teddy bear to fit the current market- this will effectively lose the simplicity of the toy itself, and in doing so lose every sense of what it stands for. It is therefore down to the consumer to decide whether the teddy bear should make a comeback in the future. Maybe it will be reinspired by a phenomenon from the media, in the way chess boards were. It simply needs to be remembered that whilst we can always look to the future, we also need to honour the past. 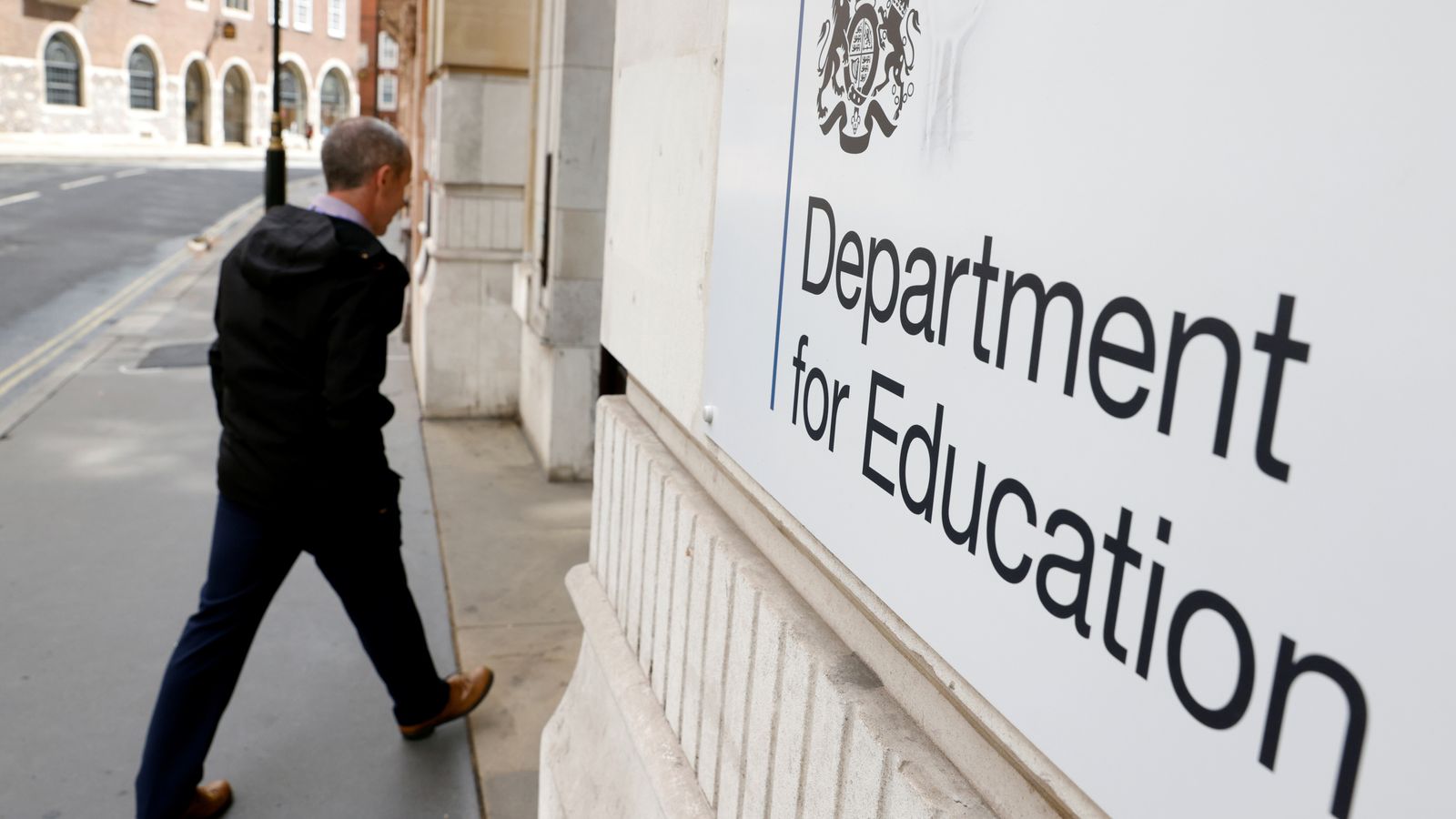 Cost of living: Job cuts of up to 40% examined at Department for Education, confirms minister