In the imagination of extreme opponents of vaccination — or anti-vaxxers — every human inoculated against coronavirus will be turned into a chimera, injected with nanoparticles that beam out their biometric data and commoditised with bar codes linked to cryptocurrency.

In their view, far from liberating us from the recurring nightmare of lockdowns, vaccines in development in Europe and the US are secretly intended to “enslave us to the system”.

However far-fetched it may appear, this kind of vision has been proliferating online alongside more prosaic forms of misinformation just as the mass roll out of Covid-19 vaccines comes within sight.

UK public health experts do not engage with the fringe figures pushing these views, such as the conspiracy theorist David Icke, a former footballer who has been banned from some social media platforms for publishing unsubstantiated theories about the virus. But they do worry that anti-vaxxers are making incursions into the mainstream ahead of a looming battle to persuade the public that mass immunisation is the way out of the pandemic.

“[The anti-vax agenda] has jumped into all kinds of groups who never talked about vaccines before,” said Heidi Larson, who runs the Vaccine Confidence Project (VCP), a research group at the London School of Hygiene & Tropical Medicine.

In the past month, three separate vaccine breakthroughs have been announced — by Oxford university and AstraZeneca in the UK; Pfizer in the US with BioNTech in Germany; and Moderna in the US — bringing hopes of an end to the pandemic.

But while the trials have been seen as a tentative success for scientists, the battle for hearts and minds still has far to go. “I hope that enough people take these vaccines but I think it is going to be much more of a challenge than is recognised,” warned Dr Larson.

In research released this month, the VCP polled 4,000 people in the UK to determine how receptive they were to misinformation. At the outset, 54 per cent said they would “definitely take” a Covid-19 vaccine. After exposure to selected falsehoods, the number fell by 6.4 per cent to well below the 55 per cent threshold that scientists believe is necessary to create herd immunity.

In other recent polls, there have been signs that the public is increasingly cautious about the vaccine. Concerns are centred around the safety of experimental vaccines and the speed with which they have been tested — and come against a backdrop of broader mistrust of the government’s handling of the pandemic.

“Crony capitalism is at the heart of it,” said one Sussex-based osteopath. “I am not against vaccinations per se, but these have been rushed through.”

A survey by market research company Kantar at the end of November found that 75 per cent of people in the UK were “likely” to accept a jab. But only 42 per cent said they would definitely do so, and “the hesitancy is growing”.

“The ones we care about are the fence sitters,” said Simon Piatek, a digital analytics expert at the VCP. “The anti-vaxxers are also targeting this group,” he warned.

Hostility to vaccination has been around since Edward Jenner first inoculated children against smallpox in 1796. The preoccupation of the dissenters has remained consistent too: safety and the motives of those distributing the vaccines.

But having made an appearance in the 1990s via UK doctor Andrew Wakefield and his discredited theories on links between MMR (measles, mumps and rubella) vaccinations and autism, the anti-vaxxer movement has found fertile ground again in the age of Covid.

According to the Centre for Countering Digital Hate, a campaign group, the number of those following the largest anti-vaxxer accounts on social media platforms has increased by 19 per cent, or 7.8m people, this year.

Politics have added potency to the scepticism, starting in 2016 when some members of the current UK government (who now recommend “following the science”) began a populist tirade against experts ahead of the Brexit vote.

At that time the anti-vax agenda was being amplified on social media by Russia, said Rose Bernard, a research fellow at King’s College London and author of a recent report on the online danger to public health posed by hostile states. “It didn’t take on an anti-establishment dimension until all these bot campaigns started,” she said, adding that more recent disinformation from Moscow has included memes targeting the Oxford vaccine.

“A country with a fractured health response in a pandemic will not be politically or economically strong and can be exploited, particularly if you have your own vaccine to sell,” she said.

The UK government has become more proactive about countering these threats in recent weeks. The Cabinet Office has a rapid response unit scouting out disinformation. Earlier this month five social media platforms, including Google, Twitter and Facebook, agreed measures to limit its spread.

A separate Whitehall Counter Disinformation Unit is charged with responding to harmful content on social media, taking it down where necessary and promoting authoritative information in its place.

“The science is clear — vaccines save lives, which is why since the start of the pandemic specialist UK government units have been working rapidly to identify and rebut false information about coronavirus, including working closely with social media companies,” a government spokesman said.

But Ms Bernard said labelling content as “disputed” or “misleading”, is not enough. “If your main belief is that liberal institutions are lying, then you will see any warning as confirmation that you are being lied to.”

Dr Matthew Snape, a consultant in paediatrics and vaccinology who has been at the forefront of developing the Oxford vaccine, said it was futile trying to counter every bogus claim. Instead, the government and scientists needed to put forward their own convincing line: “Most of the story will be about getting on the front foot and generating a positive message rather than being reactive,” he said.

To this end, the government is already “looking at a wider campaign” to increase uptake of the vaccine using celebrities and well known public figures, environment secretary George Eustice said on Monday.

The sooner that happens, the better, according to Chris Elmore, Labour MP for Ogmore in Wales, who has been raising the alarm about vaccine scepticism for months.

“When the government wants something, there is an absolute clarity of message, like getting Brexit done,” he said. “As of this morning, there is still no clear messaging on vaccination.” 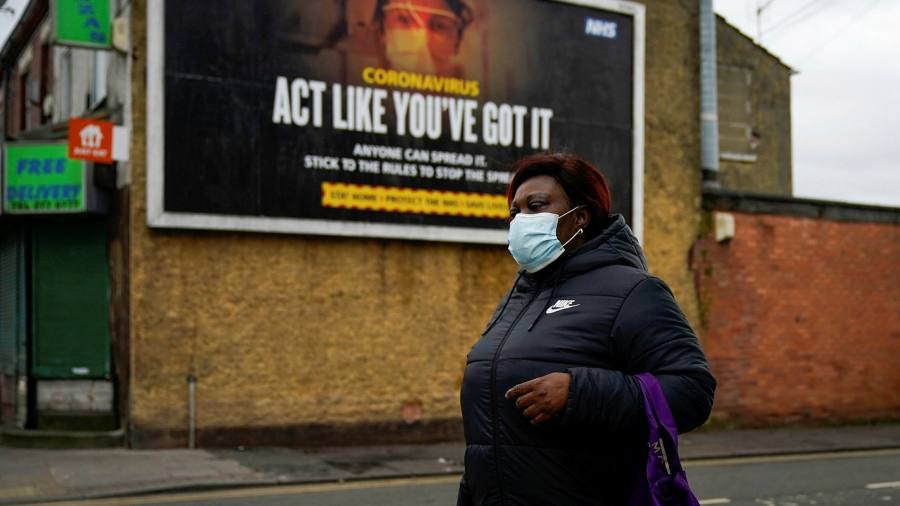 Brazil variant of coronavirus found in the UK 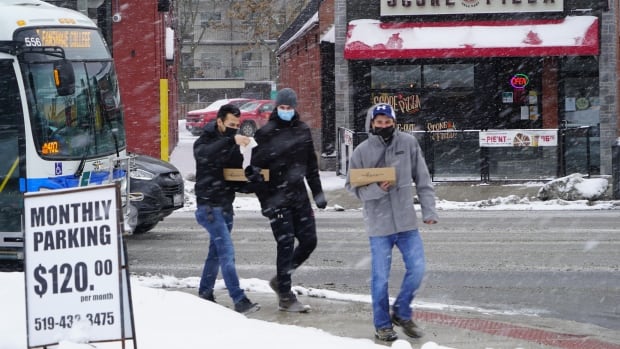 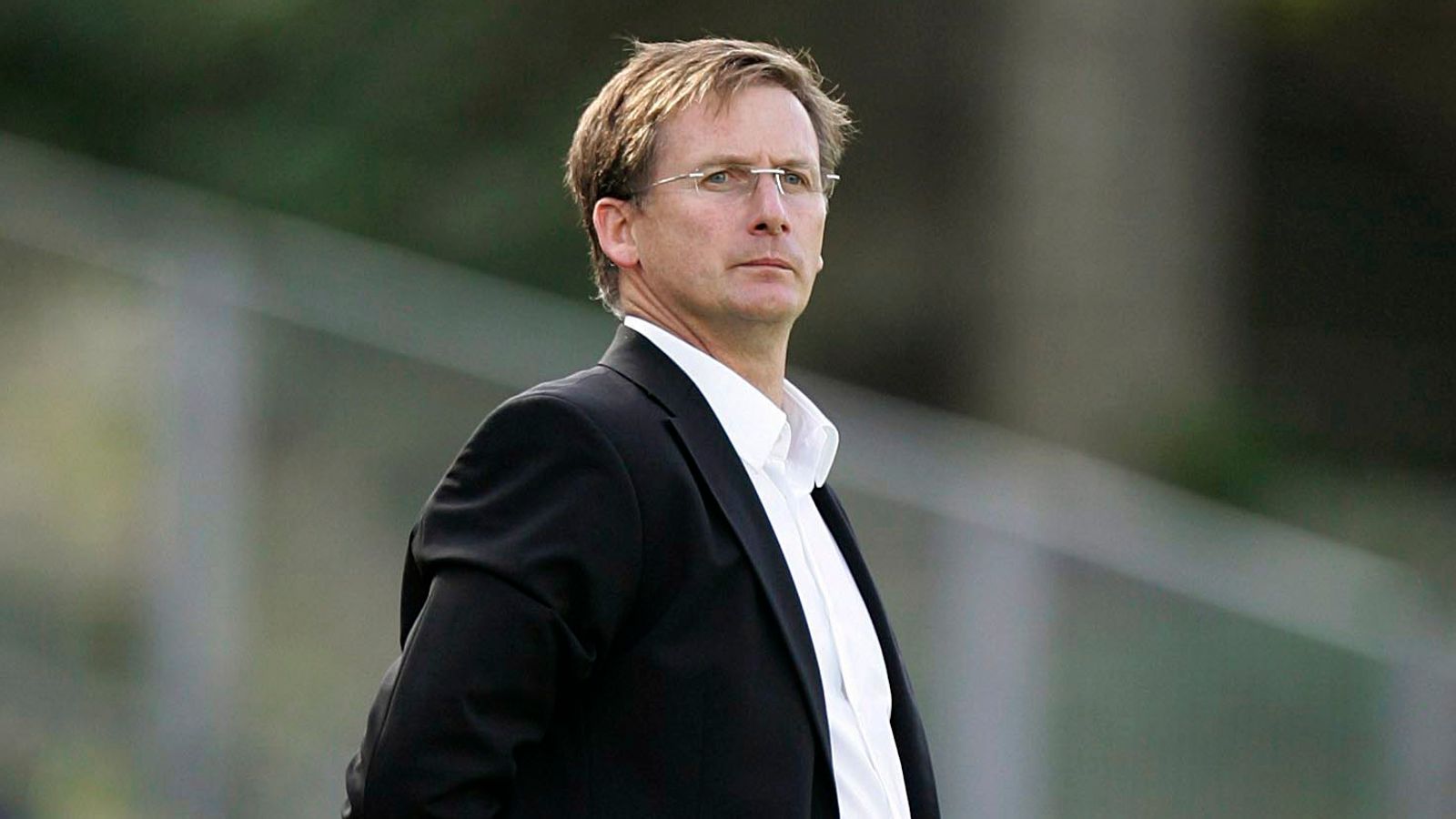