A MAN has appeared in court and denied being an international fugitive who was discovered in a Scottish hospital whilst being treated for Covid-19.

The man denied being 34-year-old Nicholas Rossi during a hearing before Sheriff Alistair Noble on Friday afternoon at Edinburgh Sheriff Court.

However, Sheriff Noble remanded the man after prosecutors described him as being a “significant flight risk”.

Prosecutors say the male who appeared before Sheriff Noble is Rossi who wanted in the States over an allegation of sexual assault.

He was first arrested on December 13 last year after being admitted to the Queen Elizabeth University Hospital in Glasgow for urgent treatment for Covid-19.

He is said to have checked into the medical facility using the alias Arthur Knight. He was traced following a tip off from Interpol whilst he was on a ventilator in intensive care.

Mr Rossi told US media in December 2019 that he had late-stage non-Hodgkin lymphoma and had weeks to live. Several outlets reported that he had died in February 2020.

Rossi, who also goes by the name Nicholas Alahverdian, is accused by Utah prosecutors of fleeing the US to avoid prosecution for an alleged sexual assault in 2008. He is said to have attacked women in the states of Rhode Island, Ohio and Massachusetts.

On Friday afternoon the man was brought into court by paramedics and was attached to an oxygen cylinder. An oximeter – which measures blood saturation levels and is used to assess Covid 19 patients- was attached to a finger He was wearing pyjamas and socks and his head was covered by a towel.

When proceedings started, the man -who his lawyers described as being called Mr Knight – no longer had the towel over his head. But his mouth was covered by a mask delivering oxygen.

The clerk of court asked the man: “Are you Nicholas Rossi?”

The man started started to cough and said something. Sheriff Noble asked his lawyer Fred MacKintosh QC: “Was that a yes?”

Mr MacKintosh replied: “It’s a no my lord.”

RELATED:  Boxing champ not the last to throw hat into Alba ring as deadline looms

The man was granted bail following a virtual hearing hearing on December 23. A sheriff at Edinburgh Sheriff Court granted him bail after the man appeared via video link from Glasgow’s Queen Elizabeth University Hospital where he was receiving treatment for being seriously ill with Covid 19.

However, he failed to appear at a hearing on Thursday prompting Sheriff Alistair Noble to issue a warrant for his arrest.

On Friday, prosecutor Jennifer Johnston told Sheriff Noble that the Crown believed that the man, who she called Mr Rossi, should have his bail revoked as he posed a “significant flight risk”.

She told the court that the court granted the man bail because it believed that he would continue to remain in the Queen Elizabeth Hospital for “several weeks”.

However, the court heard that the man checked himself out of hospital the following day.

Calling him “Mr Rossi”, Ms Johnston added: “Mr Rossi made efforts to leave the hospital. He called a private taxi company and he offered them £100 to take him from the hospital.

The court heard that prosecutors had information that the man who appeared before the court had 16 aliases – some of the identities used by the man on documents which have been recovered by law enforcement officials include the names ‘Arthur Knight’ and ‘Nicholas Brown.”

The court heard that the man has an Irish driving licence in the name of Nicholas Brown.

Ms Johnstone added: “We are advised that he has as many 16 different aliases.

“We believe he has used his identities to evade the police.

“He was traced in hospital as Arthur Knight. A marriage certificate found his name to be stated as being Nicholas Brown.”

Ms Johnston said police and hospital staff identified the man as being Nicholas Rossi from tattoos on his body. Photographs obtained by police show that Rossi had tattoos on his arms.

Ms Johnston said: “They have noted tattoos – and scarring on his other arm which is believed to have come from the attempted removal of tattoos.”

She said fingerprints had yet to be taken from the man.

Ms Johnston said that as part of his bail requirements, the man believed to be Rossi had to make himself available to inspections from police officers at his home in Glasgow’s west end.

The court heard that the man was also supposed to be on oxygen as part of his recovery from Covid 19.

She said: “On January 18 this year Mr Ross was found to be in his bed. He had a duvet pulled up over up over his face. But officers found he wasn’t using the oxygen that had been provided to him by the NHS.

“The duvet was pulled away from his face and whilst he was wearing an oxygen mask, the oxygen tank to which he was connected to was not switched on.”

During proceedings, the man could be heard shouting: “That’s not true” to what Ms Johnston was saying. He also said: “Oh my God”.

At one stage, paramedics were called back into court to monitor his well being. His solicitor spoke to him on several occasions.

Ms Johnston said he was taken to Queen Elizabeth Hospital for assessment following his arrest on Thursday. She said a senior doctor assessed his health and found he was sufficiently well to attend court and continue “oxygen therapy”.

She added: “No new concerns were identified from the tests and he was released.”

Ms Johnston said all this information showed why he should be remanded in custody.

She added: “He poses a significant flight risk.”

His lawyer Fred McIntosh QC argued that bail should not be revoked. “This is a man who was granted bail. There are no changes of circumstances.

RELATED:  Prince Philip's will to remain secret for 90 years to protect 'dignity' of the Queen

“Sheriff Ross granted bail on the standard conditions and these have been complied with. There is no suggestion he breached them at all.”

He said that he required oxygen but if asleep were his mask to become loose or a hose to become twisted oxygen levels reduced. “He would not notice, His wife does,” said the senior counsel.

Mr McIntosh said if he was remanded to prison there was “a serious risk of asphyxiating in his sleep”. He said he has post Covid lung scarring and difficulty in breathing but also suffers anxiety, depression and back pain.

Sheriff Noble said he had before him a request for extradition based on an allegation of rape but other matters were mentioned in the papers.

The Sheriff said that when bail was earlier granted on December 23 the Crown did not oppose the move. He said he was advised that their understanding was that the person would remain in hospital for a number of weeks but he was discharged the following day.

The sheriff said he required further treatment but it does not require him to be in hospital. He said: “I am told that the treatment required can be provided in prison.”

The sheriff said it was a case in which remand was appropriate. He said: “It appears to me appropriate to revoke the person’s bail.”

How to watch UFC 270: time, card and Ngannou vs Gane live stream details 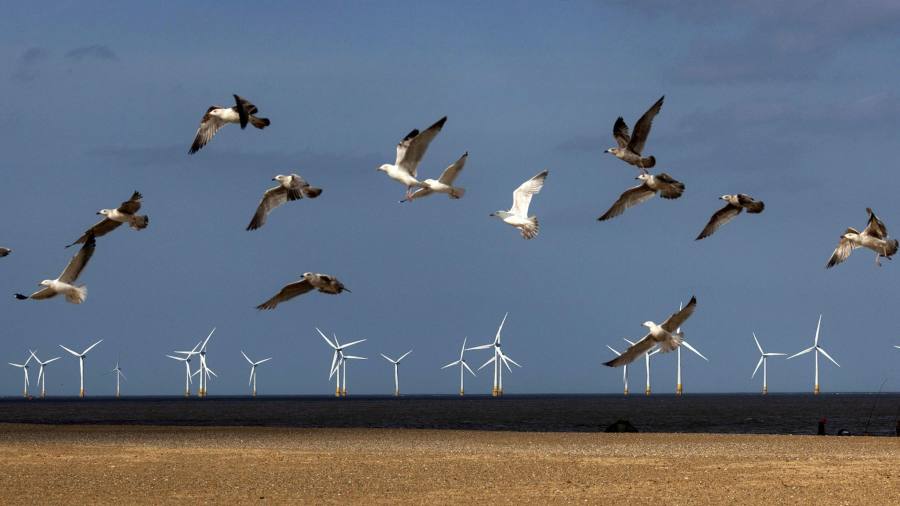 U.S. births rose in 2021 for first time in years, but still lower than before pandemic
42 mins ago