The Metropolitan Police has asked for “minimal reference” to be made in Sue Gray’s partygate report to the events it is investigating.

The senior civil servant is investigating a series of events in Downing Street and across Whitehall which are alleged to have broken lockdown rules.

Her report, which is likely to have a significant impact on Boris Johnson‘s future as prime minister, has not yet been delivered to Number 10.

‘Are you delaying the Sue Gray report, PM?’

Separately, the Metropolitan Police is investigating partygate events to see if any laws were broken.

Police say they haven’t asked for report to be delayed

In its latest statement released on Friday, the force said: “For the events the Met is investigating, we asked for minimal reference to be made in the Cabinet Office report.

“The Met did not ask for any limitations on other events in the report, or for the report to be delayed, but we have had ongoing contact with the Cabinet Office, including on the content of the report, to avoid any prejudice to our investigation.”

Westminster has been braced this week for the publication of the Gray report, but this latest police statement throws the timing of that into doubt.

Asked on Sky News on Friday if Number 10 had received the document, technology minister Chris Philp said: “I spoke to someone in Downing Street about half an hour ago, and they certainly didn’t indicate that it had been received.

“So, I don’t know a lot more than you do but I’ve certainly got no information as of right now that it has been received.”

Earlier this week, it was believed the delay was in part due to Ms Gray wanting to run the document past lawyers, HR and the Metropolitan Police to make sure the document can be published in full.

This statement from the Met goes some way to explaining why the Gray report has been delayed.

But it also throws the publication of this crucial inquiry into doubt.

The fact officers have asked for “minimal reference” to be made to events they are investigating raises the potential that details about the most serious allegations could be scaled back, if the report is to published before the police inquiry concludes.

Labour has already warned of the potential for the Gray report to be watered down if details around certain events are removed.

Then there is the question about what Sue Gray does next.

Faced with accusations of releasing an incomplete report, the famously thorough civil servant may decide it is in fact better to hold off on publication until the Met has finished its inquiries.

That could mean weeks of waiting though.

This all, on a basic level, is good for Boris Johnson.

But it also scrambles the political calculations being made by those trying to remove him.

Do they now wait for the full Gray report to be released? At which point the political dynamic may have shifted, especially if the prime minister is exonerated by the Met. Or do they act now?

There are also legal questions over why exactly the Met believes the Cabinet Office report presents a risk of prejudice, given there is no apparent prospect of a jury trial resulting from the inquiry.

Today’s intervention from the Met confirms what we all thought: that the decision to launch a criminal investigation threw a major spanner into the Cabinet Office inquiry.

But it also substantially changes the prime minister’s political outlook.

Whether that’s for good or for ill is still not clear.

It was thought that on Wednesday a delicate checking process was being carried out to ensure a duty of care was being given to Downing Street staff who may be implicated in the report.

RELATED:  Legal marriage age raised from 16 to 18 - and adults to face jail for aiding underage weddings

But along with questions regarding the timing of the report’s publication, there has also been speculation around just how much of Ms Gray’s work will be made publicly available.

On Wednesday, Mr Johnson failed to explicitly commit to publishing the full report once the findings of inquiry are finally received by Downing Street. 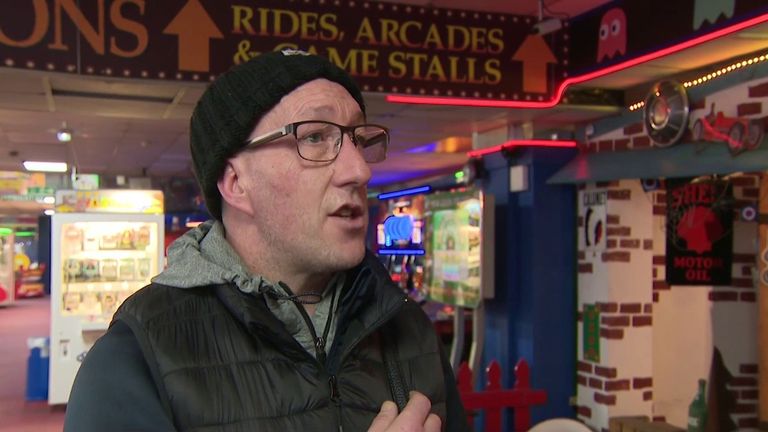 Will PM weather the partygate storm?

Asked at PMQs by Labour leader Sir Keir Starmer if he will release the entirety of Ms Gray’s report, the PM replied: “We’ve got to leave the report to the independent investigator, as he knows, of course when I receive it, of course, I will do exactly what I said.”

Sir Keir said anything other than the document being published “in full” would amount to a “cover up”.

Sky News understands Ms Gray wants the report to be published in full and it will cover all the alleged events, not just those the police are not investigating.

Films in English for Friday 28 January

BBC boss speaks out on future of Eastenders amid ITV changes