Britain’s export performance is slipping behind other developed countries as the world recovers from the coronavirus pandemic, exposing what some economists are calling the “most worrying trend” in the UK economy.

By August, global goods trade had rebounded strongly and international statistics showed that export volumes were well above pre-pandemic levels across advanced economies, according to the CPB world trade monitor. But the UK was an exception as its exports were still down sharply on pre-pandemic levels.

Jonathan Portes, professor of economics at King’s College London, said UK export performance “has really been quite poor” compared with peer countries and relative to the wider UK economy, which has nearly recovered to pre-pandemic levels.

This is possibly “the single most worrying thing about post-Brexit, post-pandemic developments in the UK economy . . . because it’s UK specific, unlike inflation, energy prices and so on”.

In the three months to August, exports of UK goods were down 13 per cent compared with the same period in 2019, while services were down 14 per cent.

UK trade data are inconsistent, with many different measures and distortions. But UK exports dropped by a similar amount after adjusting for inflation, the exclusion of volatile precious metals, or looking at the longer period of the 12 months to August.

The UK is also bottom of most advanced economies when looking at exports over the past six years, both with regard to only goods or combined with services.

RELATED:  Croydon man takes to streets against LTNs after fines pile up

Reduced exports to the EU — which in 2019 accounted for 46 per cent of UK goods exports — are not the only culprit of the UK’s underperformance. In the three months to August, UK exports to non-EU countries fell by more than 20 per cent compared with the same period in 2019 — four times the decline of exports to EU countries.

However, this reflects the surge in UK exports to non-EU countries in the second half of 2019, before the initial Brexit deadline. The difference disappears when comparing the figures with the three months to August 2018, with real exports to both the EU and non-EU countries falling by about 13 per cent.

This is partially because UK trade data have been volatile and complicated by a change in the way the Office for National Statistics records exports, which moved from the EU’s system to a customs declaration basis on January 1.

UK exports to EU countries also show large variations across destinations, with strong expansions in countries with important ports such as the Netherlands, Belgium and Ireland. In contrast, UK exports to Germany were down nearly 20 per cent in the three months to August compared with the same period in 2019.

RELATED:  Sunak plays down need for winter Covid measures that would harm economy

But overall, there is little doubt that “UK trade growth has been sluggish this year”, according to Thomas Sampson, associate professor of economics at the London School of Economics.

“Supply disruption associated with both Covid and Brexit has weighed on UK competitiveness in general, not just on trade flows with the EU,” said Benjamin Nabarro, senior associate at Citi Research.

He added that UK trade weakness was also consistent with low investment during the post-referendum period, while there was also “longstanding evidence of EU clients pivoting away from UK suppliers”.

Michael Gasiorek, professor of economics at Sussex university, said possible reasons for UK trade not recovering as strongly as other countries could include “slower UK economic growth, due to Brexit”. The underperformance could also be driven “by uncertainty, by lack of access to workers, supply chain complications, shipping costs etc, some of which may be Brexit and some Covid related”, he added.

The result is that the UK is effectively losing global export share, according to Gabriella Dickens, senior UK economist at consultancy Pantheon Macroeconomics.

This is visible in the imports of many partner countries. Germany registered a sharp annual fall in imports from the UK in August, in contrast with expanding imports from other countries. Preliminary data show a further contraction in September and British goods now account for less than 3 per cent of German imports — the lowest proportion on record.

In the year to August, Italy and Malaysia overtook the UK in the US imports chart by value, compared with the same period last year.

Chinese imports from the UK were down 3 per cent in September compared with the same month in 2019, in contrast with a double-digit expansion for all the other G7 countries, according to national statistics.

Nearly half of businesses surveyed by the ONS link these disruptions to the end of the EU transition period on January 1 and Brexit-related uncertainty does not show signs of easing, according to data tracked by the Bank of England.

Some economists have warned that the outlook for UK trade remained uncertain. Gasiorek did not see “sufficient opportunities to liberalise trade with third countries that can compensate for the rise in trade barriers with the EU”.

This was particularly true because the US, the UK’s biggest non-EU trading partner, was not pursuing any new trade deals, noted Sophie Hale, an economist at the Resolution Foundation think-tank.

Nabarro said that the UK government’s “adversarial approach” to relations with the EU over fishing, vaccines and Northern Ireland suggested “major uncertainty” about the sustainability of the EU-UK post-Brexit trade deal and left “little chance of it becoming a basis for new bilateral agreements”. 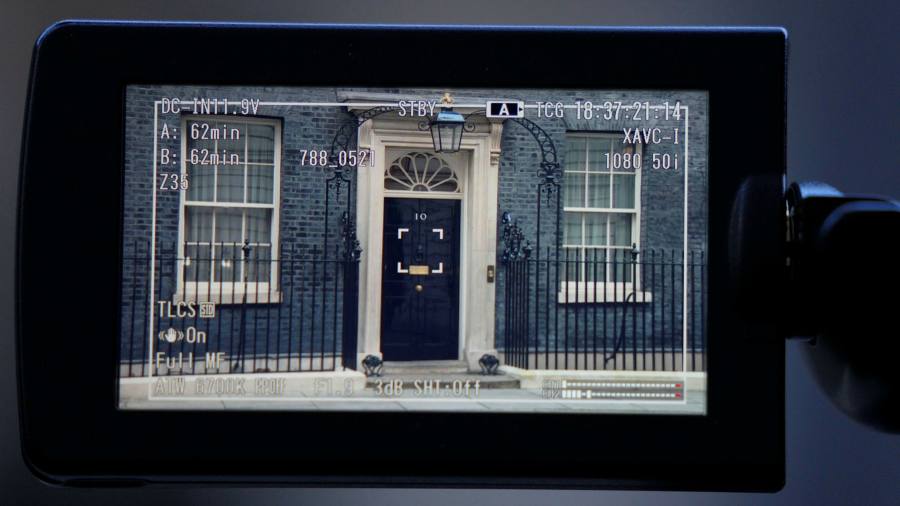 Chamber upbeat about Glasgow’s prospects without ‘constraints’ of coronavirus