Rishi Sunak’s plans to freeze the pay of millions of UK public sector workers have set the chancellor at odds with unions, and laid the government open to charges of squeezing frontline staff to pay for futuristic military equipment and controversial Covid contracts.

The political optics of a pay freeze for key workers who have faced health risks and intense stress during the pandemic are jarring. But the economic arguments are less clear cut: analysts say the fairness and effects of a freeze will ultimately depend on how long it lasts.

Mr Sunak set out his position in July, when he gave some public sector workers an above-inflation pay rise for 2020-21, but warned that later there would be a need to “exercise restraint” and to ensure that over the spending review period, public sector pay awards retained “parity with the private sector”.

When the chancellor sets out details in Wednesday’s Spending Review, some NHS workers may receive more generous treatment, but “parity” looks likely to mean a real terms pay freeze for most of the 5.5m state workers whose salaries are set by the government’s pay review bodies — including teachers, police and civil servants.

Less clear is whether the pay curbs will last only for the single year covered by the spending review — or become a lasting feature of the government’s drive to repair the public finances once the Covid-19 crisis eases.

In the short term, the earning prospects of public sector workers look better — and certainly more secure — than those of their private sector counterparts, many of whom have been furloughed, placed on reduced hours or are at risk of redundancy. The Bank of England’s agents have reported widespread pay freezes by businesses and a recent survey by the Recruitment & Employment Confederation, the professional body for recruitment businesses, pointed to falls in starting salaries for temporary and permanent staff.

Against a backdrop of rising unemployment, a one year pay freeze would be unlikely to prevent the public sector from recruiting the workers it needs. Although the government has missed its target for teacher recruitment for eight successive years, it has now felt able to cut bursaries for teacher training after seeing a surge in the number of people looking to enter the profession.

“There is a good case for a one-year freeze. I don’t know how sustainable that would be,” said Ben Zaranko, research economist at the Institute for Fiscal Studies think-tank. He noted that it would “come on the back of a decade of pay caps and freezes” that has left public sector pay 1.3 per cent below its 2010 level in real terms — and at a 25 year low, relative to pay in the private sector.

Public sector workers have always earned more on average than private sector employees and the Office for National Statistics calculates that their hourly wages were still around 9 per cent higher in 2019-20, even if this was down from a lead of 18 per cent in 2011-12. But Mr Zaranko said that after adjusting for characteristics such as age, education and experience — although not for differences in the generosity of pensions — the difference was now “essentially zero”.

But even if a pay freeze would not hinder recruitment, it would raise issues over fairness.

Because a large majority of teachers are women, it could exacerbate the existing gender pay gap. And because state employees make up a higher proportion of the workforce in the poorest parts of the UK — Wales and North East England in particular — a freeze could slow the economic recovery in areas that are supposed to be at the heart of the government’s levelling up agenda.

Some economists argue that fairness aside, the drive to save money would be misguided at a time when policymakers should be doing everything possible to support household spending. 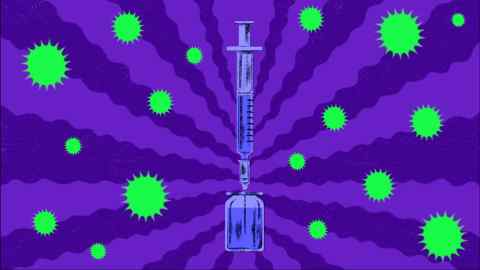 “There is a danger already that fiscal policy will be retrenching too early next year . . . This doesn’t help on that front,” said Torsten Bell, director of the Resolution Foundation think-tank.

“There’s no rush to fill any fiscal gap. [The chancellor] should do everything he can to support the recovery: teachers and civil servants are consumers too,” said Julian Jessop, an independent economist and fellow at the rightwing Institute of Economic Affairs.

But the main argument against the chancellor’s plan may be its political cost.

“Workers on the front line have kept our country going through this pandemic . . . The chancellor wants to reward them with a pay freeze,” said Anneliese Dodds, the Labour shadow chancellor. She described the policy as: “Irresponsible. Unacceptable. Wrong.”

How to live longer: Lead an anti-inflammatory lifestyle - here's how

Photos: “I recall thinking to myself, this is how I’m going to die,” January 6th hearings begin
1 hour ago