To board the night flight to São Paulo or Johannesburg has, for years, signalled the beginning of the holidays. The house locked up, a few last emails dispatched from the lounge, the churn of daily life is left behind on the jetway. A few hours later one wakes up in a distant and altogether different land, 10,000km away.

We did not expect to have a similar experience simply crossing the Thames. Stranded in London for a second holiday in a row and in need of novelty, we had booked a week on The Harpy, a houseboat moored on the south side of the river near Tower Bridge. We had travelled just 20 minutes from home and yet everything felt as wonderfully remote and exotic as if we had just got off the night flight.

To change neighbourhood, or even accommodation, in one’s city is already remarkably refreshing; we have long advocated London hotel stays for the same reason. The physical act of boarding a boat, however, multiplies this: as you embark at New Concordia Wharf, where The Harpy is moored, you leave London and enter a new world of river life.

River life is quite different to life onshore. For one there are no cars, and so no fumes or noise; just fresh air and the many sounds of water. And then there is the rhythm of the tides: at high tide, you bob about with the passing barges and river buses; six and a quarter hours later you are resting on the riverbed; and then with a deep groan the boat lifts off as the waters rise again. You live with the birds — we would open the curtains at dawn to find a family of swans still asleep a couple of metres away, admire cormorants fishing, marvel at a seagull battling an eel, hear the sound of geese pottering around on the roof.

The Harpy is no ordinary houseboat. It was built in Millwall in 1904 as HMS Harpy, a floating customs and excise office, and moored in front of Custom House just beyond Tower Bridge. Old plans show how customs officers would place their desks in the bay windows, allowing them to observe the latest arrivals into London, a sort of nautical control tower, and there was a “rummaging room” for searching luggage. The Harpy is now a supremely comfortable and elegant floating house on two levels: four bedrooms downstairs and a large loft-like, open-plan upper deck with a kitchen, dining room and drawing room, with generous decks wrapping around both levels. The rooms are hung with a captivating collection of olds maps and topographica and furnished with early 20th-century Heal’s pieces, including a four-poster bed that belonged to Daisy Fellowes.

To stay at The Harpy is also to experience the recent history of this part of London, which until the mid-1980s consisted of largely abandoned wharfs, relics of an industrial city in which our museums of today were giant coal- fired power stations and chic loft flats were piled high with commodities from faraway colonies. The Harpy’s owner, Andrew Wadsworth, arriving in London in 1980 aged 23, saw the potential of these grand riverside buildings and, starting with a £3m loan from an understanding Manchester bank manager and assisted by promising young architects such as Nick Lacey and Piers Gough, created this industrial-chic part of the Bermondsey Docklands we see today.

It is very hard not to spend most of your time on board looking at the views, wonderful in every direction and visible wherever you are through the large windows on every side. The pièce de résistance of the view from The Harpy is Tower Bridge, Sir Horace Jones’s eccentric neo-gothic two-tier drawbridge of 1886 truly towering over the Tower of London, whose surprisingly delicate form is now pleasingly framed by the right span of the bridge. Tower Bridge is in turn dwarfed by Rafael Viñoly’s 20 Fenchurch Street (aka the “Walkie Talkie”), insolently rising in the background like a giant thumbs-up emoji.

From this spot on the river you get to see entire districts of London: the City or, in the other direction, Canary Wharf, appear as distinct neighbourhoods, the beauty of the collective often forgiving the mediocrity of its component parts. So, for example, the thumping mass of Canary Wharf suddenly becomes rather beautiful when silhouetted against the rising sun or catching the last rays of the sunset.

The Harpy is moored next to Garden Barge Square (aka Downings Road Moorings), a fascinating and beautiful floating village in which central barges provide communal gardens (some with mature trees), sitting areas and essential infrastructure (such as bicycle and rubbish storage) for its 70 residents, a sort of Christiania for the barge-oisie. And behind The Harpy rises China Wharf, CZWG’s 1982 apartment building, its pink postmodern wit still sparkling after 40 years.

In between these riparian moments we got to discover a part of London we hardly knew, walking along the river towards Rotherhithe and Greenwich and going inland to gather provisions at the epicurean temples of Borough Market and Spa Terminus. Back on board, we would cook magnificent joints from The Butchery and The Ginger Pig, feast on Etivaz and Tomme Fleurette de Rougemont from Käseswiss, imbibe natural wines from Ancestrel and Dynamic Vines and start the day with granola from Husk & Honey. Had we been less locked down, we would have been able to visit the galleries around Borough High Street and enjoy some of the restaurants in the neighbourhood, although we did get a heavenly “heat at home” dinner from 40 Maltby Street. And, of course, just across Tower Bridge lies the City of London; we spent several rewarding mornings exploring churches built by Wren and Hawksmoor after the Great Fire of London.

Charmed by our voyage to nowhere on The Harpy, we decided to return to the neighbourhood, this time for a plane ride to nowhere. At the Shangri-La Hotel in Renzo Piano’s The Shard, we found unexpected similarities to our stay aboard The Harpy. Spending time at the Shangri-La is also surprisingly peaceful and removed from terrestrial London. When you take off in the lift bound for the 34th-floor lobby, you are leaving London and entering a world of airborne Asian luxury. And once settled in your suite, or while soaking in the swimming pool on the 52nd floor, you can marvel at London with a similar detachment.

And despite being 200m in the air, there are many links to the neighbourhood below. A fleet of bicycles is available for guests to explore the neighbourhood. The Shangri-La Suite even comes with its own kitchen and a personal chef who can accompany you on a food shopping expedition to Borough Market and then cook the ingredients you have chosen while you have an in-room massage with a therapist from Neal’s Yard Remedies.

You can spend hours aboard The Harpy or high up in the Shangri-La peering through the guest binoculars at the fascinating spectacle all around.

Having landed, free of jetlag, from our flight on the Shangri-La, we crossed Tower Bridge homeward-bound catching a last glimpse of The Harpy presiding over the Upper Pool below. One hundred years and 700 vertical feet apart, our two holidays had reinvigorated our love for London.

Do you have a favourite place to stay on the Thames? Tell us in the comments

For more pieces like this visit ft.com/globetrotter or read our guide to the UK capital, London with the FT

Athletics: Banchory’s Robbie Simpson not looking for another crack at Commonwealth Games marathon 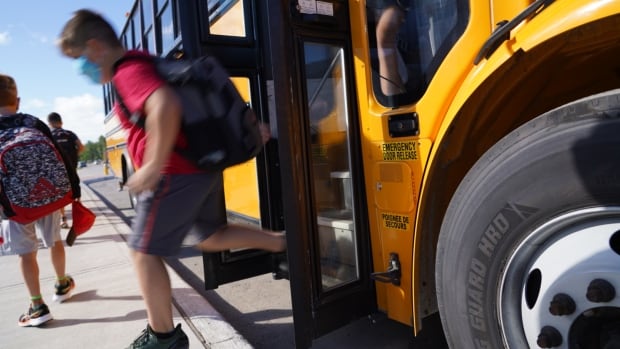