A missed convert by Boris Bede with 25 seconds left in regulation time after the Toronto Argonauts rallied to within a point was the difference Monday as the Winnipeg Blue Bombers escaped BMO Field with a 23-22 victory and their unbeaten streak intact.

McLeod Bethel-Thompson overcame a disastrous first half for the Argos to throw for 314 yards. He completed 27 of 37 passing attempts as his team’s record slipped to 1-2.

Argos running back Andrew Harris was playing in his first game against the team he helped win consecutive titles in 2019 and 2021. He was Toronto’s leading rusher with 111 yards on 22 carries.

Winnipeg’s defence opened the scoring on Toronto’s first possession of the game.

While deep in their own territory, Bethel-Thompson’s intended pass to Brandon Banks was picked off by Winnipeg’s Winston Rose for a 46-yard touchdown interception return. Kicker Marc Liegghio converted the extra point that gave Winnipeg a 7-0 lead.

Bethel-Thompson was picked off for a second time in the opening quarter after a bobbled snap led to a rushed throw. That gave Winnipeg a short field position. On the ensuing possession, Winnipeg pivot Zach Collaros connected with Drew Wolitarsky on a 15-yard touchdown pass. Liegghio’s convert put the Bombers up 14-0.

Winnipeg opened the second quarter with a 15-yard field goal that put the Bombers up 17-0.

The Argos appeared set to get their first points of the game after moving the ball down to Winnipeg’s 29-yard line. They found themselves in a third-and-one situation and decided to go for it but turned the ball over on downs. Toronto head coach Ryan Dinwiddie challenged the spot of the ball after his team’s failed attempt but the call was upheld by the CFL command centre.

The Argos registered their first points of the game late in the first half. Bede connected on a 52-yard field goal that cut Winnipeg’s lead to 17-3.

Collaros was effective for Winnipeg in the opening half, completing 15 of his 17 passes for 132 yards and one touchdown. He also had an interception, but it came in a desperate attempt to add points as time was winding down.

Toronto got off to a much better start in the second half and had a bit of luck to go with it. Bethel-Thompson’s pass in the end zone appeared set to be his third interception of the game. The ball went right to the hands of defensive back Demerio Houston. But Banks managed to strip the ball from Houston’s hands while in the end zone for Toronto’s first touchdown of the game.

Brandon Banks fought with Demerio Houston to come up with the wild, 45-yard touchdown grab in Toronto’s 23-22 loss to Winnipeg.

Bede’s convert cut Winnipeg’s lead to 17-10 in the third quarter.

Late in the third, Toronto was on the Winnipeg 10-yard line with a chance to tie the game, but Bethel-Thompson’s completed pass to Banks was fumbled. Malcolm Thompson picked up the ball and lateralled the ball to Nick Taylor who ran the ball out of harm’s way up to midfield.

Liegghio hit a 20-yard field goal on the ensuing possession and put Winnipeg up 20-10 in the fourth quarter.

After the change of possession, tensions began to rise on the Argos sidelines. Banks and offensive lineman Philip Blake had to be separated by teammates. Toronto general manager Pinball Clemons, who wasn’t on the sidelines to start the game, came down to the field to help cool things down. Clemons returned to his seat after tensions on the sidelines appeared to be under control.

Bede hit his second field goal of the game on Toronto’s next possession to cut Winnipeg’s lead to 20-13. Later in the fourth, Bede connected for a 39-yard field goal to bring Toronto to within four points, 20-16.

Liegghio responded with another field goal to put Winnipeg up 23-16 with 1:38 to go in regulation time.

On the ensuing possession for Toronto, Bethel-Thompson engineered one of his better drives of the game. He found Markeith Ambles for a four-yard TD pass to cut Winnipeg’s lead to 23-22 and Bede missed on the convert. 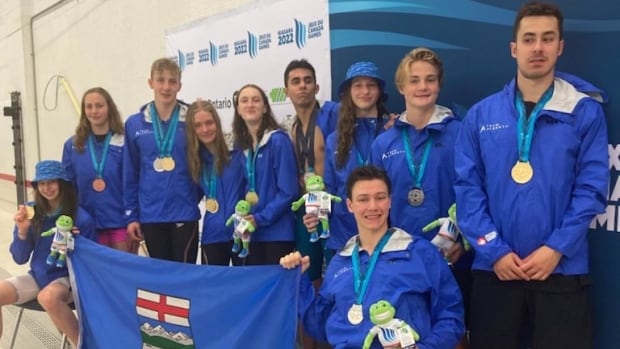