Even by the big event standards of Las Vegas, Wednesday was huge. In the morning, plans were unveiled for a sparkling new arena that could allow the NBA to follow the NFL and NHL into town. In the evening, Formula One announced it would stage a race on the Las Vegas Strip starting in 2023.

“There is no better place for Formula 1 to race than in the global entertainment capital of the world,” Formula 1 President Stefano Domenicali said in a statement.

Since 2012, the only Formula One race in the United States has been held in Austin. However, with the European-dominated circuit riding the Netflix show “Drive to Survive” to a wave of global popularity, Formula One has added races in Miami, starting this year, and in Las Vegas, starting on an unannounced Saturday in November 2023.

The race will include 50 laps of a 3.8-mile course along and around the Strip and its hotels, casinos, and faux world landmarks.

Earlier Wednesday, a company led by former AEG chief executive Tim Leiweke announced it would build a $3 billion entertainment center, including an NBA-ready arena, on a recently purchased 25-acre site just south of the Strip and adjacent to a proposed station for high-speed rail from Los Angeles. Leiweke’s Oak View Group built the arena for the expansion NHL Seattle Kraken and currently is building an arena near Palm Desert for concerts and the Kraken’s minor league team.

RELATED:  Who will win Canada's Olympic curling trials? A basketball stats guru might have the answer | CBC Sports

Leiweke told CNBC the Las Vegas arena could prosper with concerts and onetime events such as boxing and wrestling matches and said the NBA has made no promises. If the NBA expands to 32 teams, the favorites for the two new teams are widely considered to be Seattle – in Leiweke’s arena there – and Las Vegas.

“There’s no certainty or no guarantees that the NBA is ever coming to Vegas, but should they come, we certainly will be NBA ready,” he told CNBC.

The NHL arrived in Las Vegas in 2017 with the Golden Knights, and the NFL followed with the Raiders in 2020. Leiweke’s arena gives the NBA a potential landing spot in Las Vegas, and Major League Soccer is in discussions to place a team there as well.

The Oakland Athletics have flirted with Las Vegas for a year, but without purchasing land there or reaching a stadium deal. They continue long-running negotiations for a new waterfront ballpark in Oakland, and they now face the possibility that teams in the NFL, NHL, NBA and MLS could call Las Vegas home before the A’s could build a new ballpark there.

That could limit the options for the A’s financial success in Las Vegas. The San Francisco Bay Area is the sixth-largest market in the United States, according to the 2021 Nielsen rankings, with Las Vegas 40th. That means that potential corporate sponsors and season-ticket holders in a smaller market could already be spoken for before the A’s could get there. 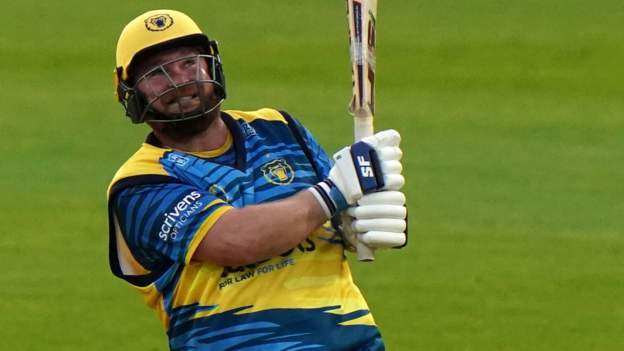 West Hollywood clears the way for bars to stay open until 4 a.m.
35 mins ago