Canada’s Laurent Dubreuil has achieved the first Olympic podium of his career.

The 29-year-old skated to a time of 1:08.32 in the final pair to earn Canada’s first podium in the event since Denny Morrison at Sochi 2014.

He shared the podium with Thomas Krol of the Netherlands, who added a gold medal to his silver in the 1,500m, and Norway’s Harvard Lorenzen, who won bronze, 0.16 seconds back of Dubreuil.

“I thought I had a good chance to medal this week, more so in the 500m and to finish fourth in the 500 by three- hundredths and to have a really tough week, to get over it and show up today and win a medal is amazing,” Dubreuil said.

“I was happy in life before the last two weeks, and I didn’t have an Olympic medal before today, so it’s just the best sporting moment of my life, maybe — but it’s a bit of a bonus on top of my happy life so far.”

Coming into the Beijing Games as the reigning world champion in the 500m distance, Dubreuil was a favourite in the event. After missing the podium in it by just 0.03 on Saturday he rebounded to skate one of the fastest 1,000m races of his career.

Skating alongside Kai Verbij of the Netherlands, Dubreuil worked his way through the race where Vebij pulled up with a physical issue mid-lap.

The Canadian men’s speed skaters now look toward the mass start — the final event of their Games — at 2:45 a.m. ET on Saturday.

All the action will be streamed live on CBC Gem, the CBC Sports app and CBC Sports’ Beijing 2022 website.

Is it safe to travel if you’re vaccinated, boosted and recovered? Medical experts are divided

The "Texas Chainsaw Massacre" Cast Were Just as Scared as You 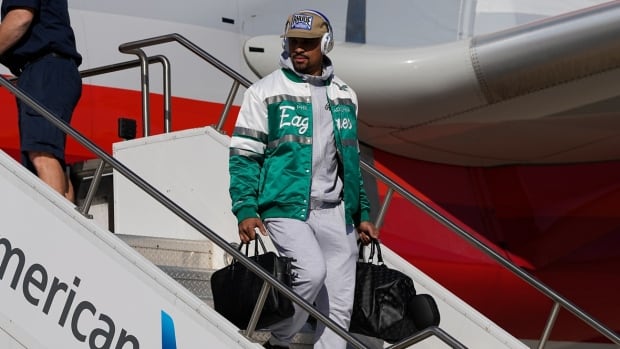