He would rather retire than break down again.

Except he believes he won’t.

He would rather walk away than be reduced to mediocrity.

Except he believes that won’t happen either.

So, when Clayton Kershaw pictures what he’ll be doing next year, he imagines himself pitching.

“As of now, I haven’t really thought a whole lot about next year,” he said. “But I do think I’m leaning towards playing over not, for sure.”

The tentative plan lacks specificity at this point, Kershaw saying he didn’t yet know whether he would return to the Dodgers for a 16th year or move to pitch elsewhere. He entertained an offer from the Texas Rangers before this season and could revisit the possibility of playing for his hometown team in the winter.

With the playoffs approaching, what the 34-year-old left-hander is confident of is that he can manage the back problems from which he returned earlier this month. The same is true of the elbow troubles that kept him out of the postseason last year.

And as long as he remains healthy, baseball’s fiercest competitor intends to compete again next year.

“I hold the right to change my mind, but as of today, I think that I’ve got at least one more run,” he said.

Thoughts of extending his Hall of Fame career were reinforced by how this year has unfolded, with Kershaw now positioned to pitch in his 11th postseason. His October preparations will continue on Saturday when he starts against the St. Louis Cardinals in a game that will mark his first time pitching on four days’ rest since his activation from the injured list.

“If I was healthy and won the World Series, I don’t know what last offseason would have held. Same thing goes for this offseason, right? I still don’t know.”

“This year has been a blast for me, personally,” Kershaw said.

Last week, when the Dodgers secured their ninth division title in 10 years, manager Dave Roberts asked Kershaw to address his teammates before they uncorked bottles of sparkling wine.

“I just think that Clayton epitomizes all that we have done, all that we’re doing,” Roberts said.

Kershaw has triumphed in a year that started with uncertainty. The three-time Cy Young Award winner acknowledged he didn’t know what to expect after a 2021 season in which he injured his elbow in July and reinjured it in the final days of the regular season.

“I didn’t want to go out like that if I could,” Kershaw said.

“I’m thankful for the lockout,” he said.

The lockout afforded Kershaw the opportunity to delay the decision of whether to re-sign with the Dodgers or move to the Rangers, who play within driving distance of his offseason home in suburban Dallas. Shortly before the start of spring training in mid-March, Kershaw signed a one-year deal with the Dodgers.

“If I was healthy and won the World Series, I don’t know what last offseason would have held,” Kershaw said. “Same thing goes for this offseason, right? I still don’t know.”

As he looked into the future, he said he imagined his primary motivation to retire would be either health or performance.

The last time Kershaw made 30 or more starts in a season was seven years ago. His persistent back problems resulted in him being placed on the injured list twice this season.

“At the end of the day, pitching is tough on my back,” he said. “There’s no way around that.”

However, he added, “I can manage it, definitely, and maybe there’s a time where it can last for eight months of the year and be good. I still think that’s in there.”

He certainly isn’t just hanging on this year, pitching well enough to be one of two locks for the Dodgers’ postseason rotation, the other being Cy Young Award contender Julio Urías.

He started the All-Star Game at Dodger Stadium.

The downside has been that he’s been forced to spend more time apart from his growing family.

While his wife Ellen and their four children spent the summer with him, they returned to Texas in August for the start of the school year. Seven-year-old Cali Ann is in second grade. Five-year-old Charley is in kindergarten. Ellen and the children have since made a few weekends visits to Los Angeles.

“Cali’s playing soccer, playing basketball,” Kershaw said. “Charley’s doing all sorts of fun things, kind of getting into baseball a little bit. I don’t want to miss that stuff, either.”

But the children are also a reason for him to continue playing beyond this season.

“I think the cool part about it, too, is they’re getting older where they’re starting to understand what this is a little bit, especially Charley, getting to come into the clubhouse and stuff,” Kershaw said. “There’s part of me that wants them to know what I did, not just, ‘Hey, he did have a job at some point.’”

And if he can extend his career for a few more years, perhaps his children will come to understand that he did more than simply play baseball, that he won, that he dominated, and that he helped establish the culture of baseball’s most consistent franchise. 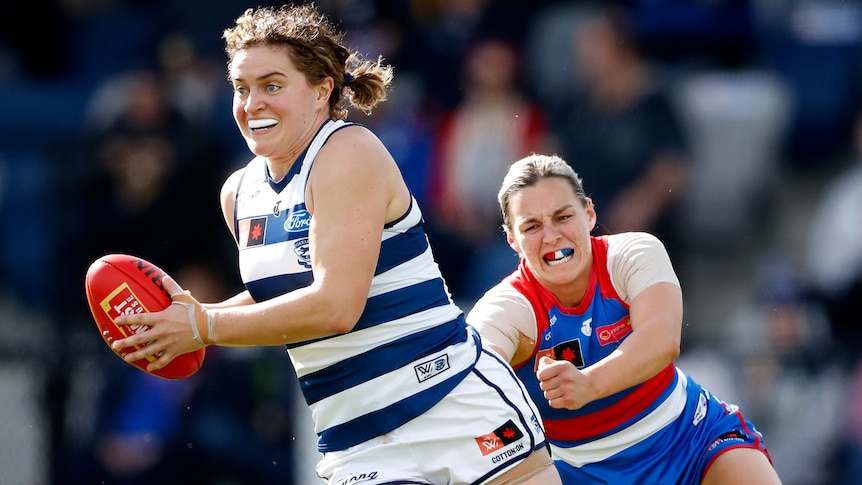