At first glance, Friday’s slate of college hoops action didn’t feature much eye candy. No. 20 Loyola Chicago was the only ranked team in action and easily handled business in the Missouri Valley Tournament quarterfinals with a 73-49 win over Southern Illinois. But as Selection Sunday — slated for March 14 — creeps closer, morsels of meaning are lurking in nearly every box score as the race for NCAA Tournament bids hits full throttle.

One bubble team continue a recent run of good fortune in businesslike fashion as Georgia Tech (14-8, 10-6 ACC)  dispatched Wake Forest 75-63 for its sixth straight win. The victory put the finishing touches on a second straight winning season in ACC play for the Yellow Jackets under fifth-year coach Josh Pastner.

The program served a postseason ban last season, even though there was no NCAA Tournament, and has positioned itself to potentially secure an at-large bid to the Big Dance this season. Georgia Tech entered Friday’s game as a projected No. 11 seed, according to Jerry Palm’s Bracketology. A loss against the Demon Deacons (6-15, 3-15) would have been brutal, though, and the Yellow Jackets deserve credit for handling the moment.

For that, they get credit as a winner tonight. Here are the rest of the winners and losers from Friday night in college basketball.

Georgia Tech’s star senior forward was actually outscored by teammate Michael Devoe on Friday as Devoe finished with 20 points compared to Wright’s 17. But let’s just take a second to appreciate how Wright has willed the Yellow Jackets into the NCAA Tournament conversation. The once-overlooked prospect began his career as a role player and is ending it as one of the best players in the ACC. He’s now averaging 23.5 points per game over the winning streak.

Oh my goodness, did you see that? Colorado State hit a ridiculous 3-pointer at the buzzer to take Nevada to overtime! Oh, wait. No, it didn’t count. The Rams suffered an 85-82 loss to Nevada in crushing circumstances. As it turned out, the Wolfpack’s Grant Sherfield was actually the hero for his 3-pointer with a second left to lift Nevada to a dramatic victory. The Rams (17-5, 14-4 Mountain West) entered the day as a projected No. 10 seed, according to Palm and could have used another win to bolster their resume entering the Mountain West tournament.

How about those Flames? They will go for a third straight ASUN conference tournament title on Sunday against North Alabama after winning a semifinal game Friday against Stetson. But even if Liberty loses that game, it’s still headed to the NCAA Tournament. That’s because North Alabama is not yet eligible for the NCAA Tournament as it completes its transition to Division I. With Liberty standing as the league’s regular-season champion, it will be next in line. So, either way, Ritchie McKay’s club is headed to the Big Dance again after knocking off Mississippi State in a first round game as a No. 12 seed in 2019.

While it’s great for Liberty to have punched a ticket to the NCAA Tournament, it kind of stinks for the North Alabama program that winning the league tournament would be the pinnacle of its season. Knocking off Liberty in the title game would still be a great accomplishment for a program in just its third season at the Division I level. But the wild celebrations enjoyed by mid-major conference tournament champions are usually fueled by the joy of knowing they are headed to the NCAA Tournament. Unfortunately, that’s not yet on the table for this program.

Winner: Belmont is back in the OVC title game

The Bruins were in the conversation for an at-large bid to the NCAA Tournament at one point before they lost their final two regular season games. Though the losses came against a pair of solid league foes in Eastern Kentucky and Morehead State, it was concerning to see a team that began the season 24-1 lose two straight to close the regular season. However, Belmont is headed to the Ohio Valley Conference title game on Saturday after surviving  to beat Jacksonville State 72-69 in a semifinal game on Friday.

Belmont nearly gave it away late after leading by 13 midway though the second half but survived to get within a game of the promised land.

Loser: Donyell Marshall is out at CCSU

Donyell Marshall, the former UConn star and longtime NBA veteran faced a tough assignment when he took the coaching job at Central Connecticut State before the 2016-17 season. The program had won a total of nine games in the two seasons before his arrival. Well, on Friday, his tenure came to an end when he stepped down after going 40-140 in five seasons. At just 47 and with a storied playing career and several assistant coaching stops under his belt, Marshall should have other opportunities in the profession. So perhaps the real loser here is CCSU. The program has just one winning season in the last 14 years and now must try and attract a new coach.

“The Ramblers should not play with fire again.” That was the advice Palm gave in Friday morning’s Bubble Watch in regards to Loyola Chicago’s quarterfinal game against Southern Illinois in the Missouri Valley Conference tournament. SIU took Loyola Chicago to overtime this past Saturday in a home, and had the Ramblers not escaped with a win, it would have been a disastrous Quad 4 defeat. So it was only fitting that they were pitted against each other again on Friday. This time, Loyola Chicago handled things a little better in a 73-49 victory.

RELATED:  Resilient Canucks run out of gas in wild loss to Canadiens

It stinks for the Flyers that they didn’t get to enjoy the spoils of Obi Toppin in the NCAA Tournament last season, because this season did not go according to plan for the Flyers. Even with Toppin departed for the NBA, there was still hope this team would compete for the Atlantic 10 title with star guard Jalen Crutcher back. But injuries and general misfortune derailed any hope this team had of getting an at-large bid to the NCAA Tournament, and its hopes of winning the A-10 tournament died Friday in a 73-68 quarterfinal loss to VCU. 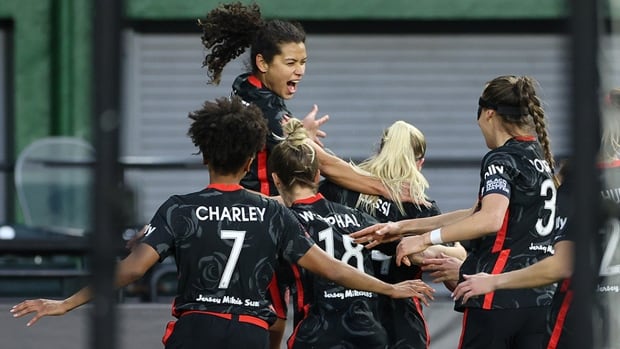 2021 Masters odds to win, favorites: Jordan Spieth emerges on top of board followed by Justin Thomas