The Dodgers acquired Max Scherzer at the trade deadline in July knowing the partnership could last just three months. The future Hall of Famer was an impending free agent. He promised to attract several suitors, even beyond his 37th birthday. He was defying age.

Scherzer then became the most dominant starting pitcher in the majors over the regular season’s final two months. His price rose with each outing as he completed another season that warranted Cy Young consideration. In the end, the price became too high.

Scherzer’s time with the Dodgers unofficially ended Monday when he agreed to a three-year, $130-million contract with the New York Mets. The deal includes a full no-trade clause and an opt-out after the 2023 season. The contract’s $43.3-million average annual value is the highest in Major League Baseball history, smashing Gerrit Cole’s $36-million AAV with the New York Yankees.

In the Mets, Scherzer joins a franchise that has sought to cement itself among the elite under Steve Cohen, the wealthiest owner in the majors, with aggressive talent acquisition the past two offseasons. Scherzer will return to the National League East where he starred for six and a half seasons with the Washington Nationals. He’ll report for spring training in Port St. Lucie, Fla. minutes from his offseason home.

The Dodgers were one of four or five teams, including the Angels and San Francisco Giants, in the mix for Scherzer, according to people with knowledge of the situation. But the Dodgers declined to offer Scherzer three guaranteed years. By Sunday evening team officials were pessimistic. Ultimately, the Angels were closer to landing Scherzer than the Dodgers, according to a person with knowledge of the situation.

The Dodgers are one of the most affluent franchises in the majors. They led the majors in attendance in 2021 for the ninth straight season (not counting the pandemic 2020 campaign). They have a television deal worth $8.35 billion over 25 years. Their 2021 payroll was the highest in the majors, north of $260 million.

Bolstering the starting rotation was among the Dodgers’ top priorities once the Atlanta Braves ended their pursuit of back-to-back championships with Scherzer and Clayton Kershaw among their free agents. They started the offseason by signing Andrew Heaney to add backend depth.

And yet the Dodgers deemed Scherzer’s cost too rich. One likely factor: The uncertainty surrounding Trevor Bauer.

The Dodgers signed Bauer in February to a three-year deal worth up to $102 million with opt outs after the first and second seasons — coincidentally beating out the Mets for his services. He was expected to top the starting rotation for two seasons before trying free agency again.

But that outlook changed in late June when Bauer was placed on paid administrative leave when a woman accused him of sexual assault and obtained a temporary restraining order against him in Pasadena.

A judge denied the woman’s request for a permanent restraining order against Bauer in August. The Los Angeles County district attorney’s office is still deciding whether to charge Bauer with any crimes. MLB’s investigation into the allegations against Bauer remains ongoing. The league is expected to suspend him while all signs point to Bauer never pitching for the Dodgers again.

When MLB announces the discipline and the length of the suspension could have a significant impact on the organization. The suspension would be unpaid unlike his administrative leave, which would take Bauer off the books for the time he’s suspended. The length and timing, however, remain unknown, which has left the Dodgers in a cloud of uncertainty this offseason.

To replace Bauer this summer, the Dodgers struck a deal with the Washington Nationals for Scherzer and Trea Turner for four minor leaguers, including top prospects Keibert Ruiz and Josiah Gray. The early returns were positive.

In 11 outings with Los Angeles, Scherzer went 7-0 with a 1.98 ERA, 89 strikeouts and eight walks over 68 1/3 innings. For the season, the right-hander posted a 2.46 earned-run average in 30 starts. He finished third in National League Cy Young Award voting, falling just short of claiming the honor for the fourth time in his career.

RELATED:  Binnington out for the series after Kadri collision, Blues recall Lindgren

The Dodgers, in turn, placed a heavy burden on Scherzer in the playoffs. They had him pitch three times in a week, with a one-inning save to close out the San Francisco Giants in the middle. The workload proved costly when Scherzer told the Dodgers his arm wasn’t ready to start Game 6 of the National League Championship Series. Walker Buehler started on short rest and the Dodgers lost to end their season.

The ending didn’t sour the relationship between player and club enough to negate a reunion. Scherzer repeatedly raved about the Dodgers’ culture, professionalism, and attention to detail in his three months in uniform. The Dodgers loved his accountability and work ethic. The team preferred to extend the marriage. Scherzer was open to it. But the price was too high. 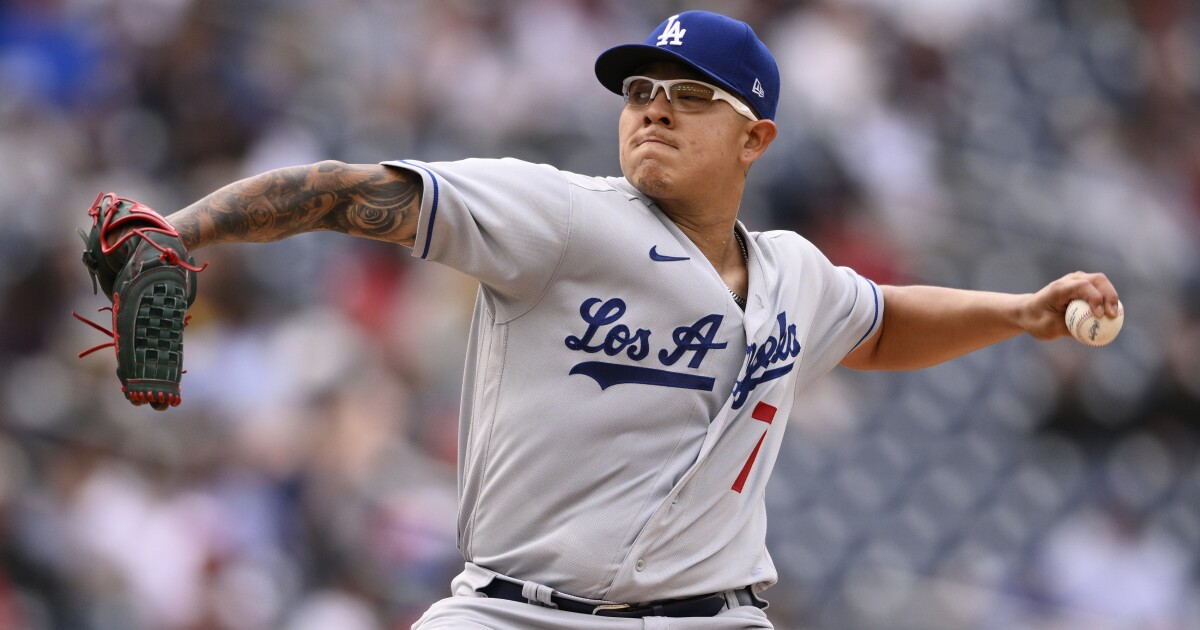 Julio Urías pitches well, but Dodgers get shut out by Nationals on Mookie Betts’ day off