EUGENE, Ore. (AP) — Were it not for Shelby Houlihan and her head-scratching case involving a pork burrito, the talk of doping — and, thus, track and field — on Saturday might very well have been Brianna McNeal.

Like Houlihan, McNeal, the defending Olympic champion in the 100-meter hurdles, has been hit with a ban that places her future in jeopardy. Like Houlihan, McNeal’s case has wound through the international drug-testing agency and made its way to the the supreme court for sports.

Unlike Houlihan, McNeal had a place on the starting line at the Olympic trials Saturday even though she has been found guilty of a doping-rules violation.

It’s one of the several areas at which the details of their cases diverge. But what they have in common is true of so many doping cases: They are intricate, confusing, sometimes ridiculous and, when they blow up the way Houlihan’s did earlier this week, they portray the entire system as rigged, or unfair, or in the worst telling of it, corrupt.

“The perceived confusion is understandable and unfortunately undermines the confidence in the system,“ said Travis Tygart, the CEO of the U.S. Anti-Doping Agency. ”But the rule of law has to be applied fairly and equally despite the perception, and we can all have confidence in that.”

But having confidence in the system almost always means needing to take a deep dive into the particulars of a case, not a quick scroll through social media for opinions on who’s right and wrong.

Unlike Houlihan, McNeal is not accused of actually using a performance-enhancing drug. Instead, she is accused of “tampering within the results management process,” a charge related to a so-called whereabouts violation. If there’s gray area in Houlihan’s case — there’s a compelling argument that people can test positive after eating certain kinds of meat — then whereabouts cases are even more difficult to nail down.

“Brianna McNeal appealed the (decision) because she is not a doper, and firmly believes that she did not violate any anti-doping rule,” her attorney, Howard Jacobs, said in a statement this month that accompanied the announcement that she would run at the trials.

The full details of her case have not been released.

How to explain doping violations for athletes not accused of doping? Every Olympic hopeful has the responsibility to fill out logs detailing where they’ll be at all times of day and to make themselves available for unannounced testing at any given moment. In general, athletes are allowed two free passes; the third time athletes aren’t where they say they’ll be when a tester shows up triggers an antidoping violation.

McNeal is staring at her second violation related to the whereabouts rule, and the five-year ban she is appealing indicates an aggravated situation. But because she has appealed the case to the high court, the Court of Arbitration for Sport, CAS has ordered that she be allowed to run at the Olympic trials so as not to do irreparable harm to her chances of racing in Tokyo should the court overturn the ban.

It’s the same sort of protection that USA Track and Field thought it was giving Houlihan when it reserved a spot for her at the Olympic trials on the prospect that she might appeal her own CAS ruling to Switzerland’s highest judicial court. She did, in fact, appeal, and the Swiss judges, as they usually do, refused to grant her immediate relief.

All of which served to keep her out of the trials. But over a 24-hour period, the phones at Tygart’s office, and at USATF, and at the U.S. Olympic and Paralympic Committee, and at World Athletics, rang off the hook with concerned athletes and their agents wanting explanations for why the rules were seemingly being tweaked for Houlihan.

USATF insisted they weren’t. They explained that they, in fact, hadn’t received official notice of Houlihan’s ban when they made their initial decision, and that while they intended to preserve her options, they would never flout antidoping rules.

But time and again, antidoping rules have been bent and molded and cherry picked to lead to specific outcomes.

It happened in the long-running and sordid Russian doping scandal.

It happened to Christian Coleman, who would be the favorite in this year’s Olympic 100 meters if he weren’t banned for a whereabouts violation. Coleman got a reprieve the first time on a rules technicality that could have easily been prosecuted. Months later, he had no such luck when the international testing authority came looking for him and he wasn’t where he said he’d be.

His was the most publicized of a number of whereabouts cases that have made headlines over the past two years. Among them: Mark Dry,Sun Yang,Salwa Eid Naser.

“We are always pushing to improve all of our programs to make them easier and more effective for clean athletes,” Tygart said. “But for the athletes around the world who take seriously their whereabouts responsibilities, it works extremely well and is essential in ensuring successful no-notice testing. And ultimately it protects all athletes.”

Those who line up against McNeal in the hurdles might beg to differ. Among the questions lingering as they headed into Saturday’s preliminaries was what would happen to the fourth-place finisher if McNeal earns one of the three Olympics spots at the trials and is later declared ineligible. 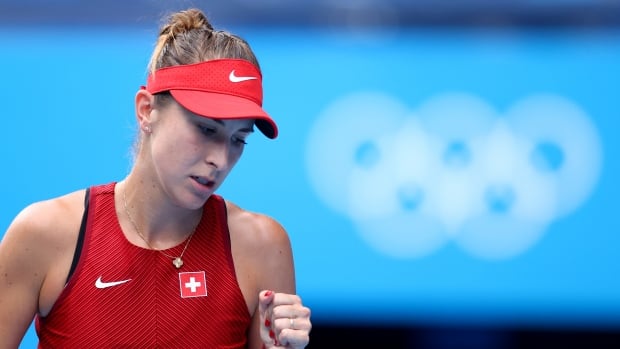 Ice Cube pushing for sports fans to ride along with Big3