Cue the fiesta at Citi Field.

Once the regular target of angry boos, and decried a rotten egg in the Big Apple, Díaz has become the toast of the town with the New York Mets, one electric save at a time.

The All-Star reliever is overpowering hitters at a record rate during a sensational season, helping the Mets build up their NL East cushion and putting him in the Cy Young Award conversation.

“How he’s been able to kind of reinvent himself and really just maximize what he can do, it’s just really special,” Mets slugger Pete Alonso said.

“We know that when Eddie gets the ball, he’s going to shut the door.“

In addition to his pitching, Díaz’s newfound popularity in Queens is largely due to his catchy entrance song “ Narco ” by Blasterjaxx & Timmy Trumpet. When the Mets take a lead into the ninth inning, “Sound the horns!” is what fans proclaim from living-room couches to the upper levels of Citi Field.

The tune sets off a two-minute party all around the ballpark — with Mr. and Mrs. Met pretending to play trumpets as Díaz jogs in from the outfield and warms up on the mound. Young and old bounce gleefully in the stands, clapping right along and mimicking the dancing mascots by using empty beer and water bottles for makeshift horns.

It’s almost like a cut from the movie “Major League,” with Ricky “Wild Thing” Vaughn summoned from the bullpen to “give ‘em the heater” as the crowd goes crazy.

Then, most Mets fans remain standing, roaring and rocking with each pitch as a pumped-up Díaz often strikes out the side to secure another win.

It’s a fun, familiar scene in New York this season that went viral nationwide last weekend while the hard-throwing Díaz saved three games in a pivotal series against Atlanta.

The only hiccup came Thursday night, when he entered earlier than usual in the eighth. Perhaps caught off guard with scheduled promotions running, stadium staff didn’t get “Narco” going until Díaz was already on the mound.

“I was trying to run (in) at the same pace of the song,” he said with a laugh.

Díaz used the same music years ago with the Mariners — though not everyone noticed back then.

“When I was in Seattle, they picked that song for me. I liked it. And when I got here, I changed it. My wife told me to put that song (on) again. People will love it,” Díaz said.

He went back to “Narco” in 2020 with the Mets and it’s become such a big hit, he even plays it at home for his kids.

“It’s unbelievable. He had a good one in Seattle. This one is amazing,“ said Díaz’s father, also named Edwin. “Every state’s going to know that song.”

Affectionately nicknamed Sugar, the slender right-hander from Puerto Rico entered Wednesday with a 1.39 ERA and 26 saves in 29 chances this year. He had a 0.86 WHIP to go with 91 strikeouts in 45 1/3 innings, and was chosen NL reliever of the month for June and July.

Mixing pinpoint 100 mph fastballs with 92 mph wipeout sliders, Díaz had whiffed 52.9% of the 172 batters he faced this season — the highest strikeout rate by a reliever through 45 appearances in major league history. He was averaging 18.07 strikeouts per nine innings. No other reliever was better than 16 per nine.

“I’ve been more sharp. My pitches have been better this year. My fastball command has been a lot better. My slider command is better,“ said Díaz, whose younger brother Alexis is a rookie reliever with Cincinnati.

“I put (in) a lot of work here with the trainer, everybody, to feel good every night, and it’s paying off.”

Díaz had converted 15 consecutive save chances and compiled a 0.36 ERA since the start of June. He had set a career high with 18 straight scoreless innings over 18 outings since June 22, and 37 of his past 50 outs came on strikeouts. New York (72-39) was 40-5 when Díaz pitches.

No reliever has won a Cy Young Award since Los Angeles Dodgers closer Eric Gagne in 2003 — in large part because starters throw so many more innings, a fact even more critical to voters these days.

It’s hard to say if Díaz’s dominance in short stints might be enough to challenge the likes of Miami Marlins ace Sandy Alcantara, who was 10-4 with an NL-best 1.88 ERA in a major league-high 158 1/3 innings. But the Mets’ ninth-inning man is pitching himself into the discussion, at least.

Of course, when Díaz first arrived in New York, his signature was no special song but instead the hanging slider.

He served up a whopping 15 home runs in 58 innings during his debut season with the Mets in 2019, going 2-7 with a 5.59 ERA and seven blown saves in 33 opportunities. He lost his job as closer down the stretch, and fans didn’t dance when he entered games — they groaned.

“He’s taken that and grown from it and actually used it as a springboard,” Mets manager Buck Showalter said. “He treats every hitter with respect and goes after them. Gives them his best bullets.”

Díaz led the majors with 57 saves and compiled a 1.96 ERA in 2018 for Seattle. He was acquired in a polarizing trade that also brought an aging Robinson Canó (and $100 million left on his contract) to New York for a package that featured touted prospect Jarred Kelenic — selected No. 6 overall in 2018 with the Mets’ highest draft pick in 14 years.

The deal looked like a bust, but Kelenic has struggled to hit in the majors and Díaz rebounded with a strong pandemic-shortened 2020 season before converting 32 of 38 save attempts with a 3.45 ERA last year.

Now, he’s setting himself up for a huge payday as a free agent this offseason.

“His emotions don’t get away from him,” Showalter said. “Obviously, he’s got a good arm. But I think the resiliency, too. … Some of the challenges, he’ll tell you, were kind of self-inflicted. A lot of people don’t rebound from that here — or anywhere.” 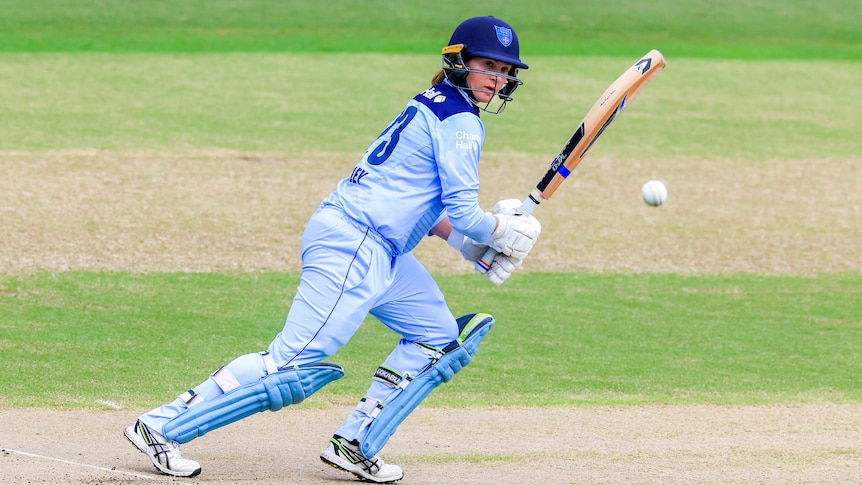 2022 Formula 1: How to watch, stream, preview, TV info for the Singapore Grand Prix Mets to call up top prospect Francisco Álvarez for huge series vs. Braves, per report