AUGUSTA, Ga. (AP) — Rory McIlroy opened his Masters with a pair of 73s that left him in the mix, if a bit frustrated over missed opportunities on a golf course he has grown to know well.

He’s in his 14th Masters and still seeking his first green jacket, something many expected he would get in 2011 when he held a four-shot lead going into the final round only to shoot 80. The Masters is the only major the former No. 1 from Northern Ireland hasn’t won.

Still, McIlroy wasn’t about to be drawn into any talk about having a love-hate relationship with Augusta National.

“For a golfer, it’s one of the best places on earth,” McIlroy said. “Someone could argue St. Andrews. Someone could argue here. But it’s such a cool place that you can never hate it. Sometimes I hate the results of the tournament, but in terms of the place and the club and the membership, it’s wonderful, and I always have a great time here.”

McIlroy said he has learned over the years not to dwell on any shots or any particular round the week of the Masters.

“It’s maturity. It’s experience. It’s walking away 13 years in a row empty handed,” he said. “So it’s like, eh, it’s just sort of go out and play and see what happens.”

What happened Friday in the second round wasn’t always pretty. McIlroy went bogey-double bogey to start the back side, then rebounded to play 2 under the rest of the way.

“I still feel like I’m right there,” he said. “You go out tomorrow and you play a decent front nine and all of a sudden you’re right in the thick of things.”

Rory McIlroy, of Northern Ireland chips to the second green during the second round at the Masters golf tournament on Friday, April 8, 2022, in Augusta, Ga.

Having his son on his bag wasn’t the only thing Stewart Cink was celebrating Friday at the Masters.

It was Reagan’s birthday. And Cink made a hole-in-one on the 16th hole.

“I already got him the hole-in-one,” Cink said when asked what he would get Reagan. “That’s the extent of my birthday present. I gave him the ball. That should be enough, right?”

Cink hit an 8-iron that landed past the hole, then slowly rolled off the hill toward the pin. By the time it went in he had already started walking toward the green.

“The neat part about it was, as the ball got closer down to the hole, I knew it was going in because the patrons in the front left all were watching it on line and they knew it was in, and they all got up,” Cink said. “When they got up, I knew it wasn’t missing. So that was cool. It was really neat out there.”

Son Reagan dropped the golf bag when the ball went in and embraced his father in a bear hug as fans leaped in glee.

“This golf course and the tournament, it’s just a wonderful environment anyway,” Cink said. “ So to have something like that happen was really something I’ll always remember for sure.”

The day wasn’t entirely good for Cink. He ended up shooting a 75 to go 7-over for two rounds and miss the cut.

Tom Hoge may not win the Masters, but at least he’s got a shot he’ll long remember.

Playing in his first Masters, Hoge hit a 3-wood on the 11th hole so far right on his second shot that it ended up in front of a grandstand on top of a hill behind the 12th tee.

Hoge’s ball actually rolled a few feet down the hill as he approached it, settling into a tight lie on an area trampled by fans. Compounding his difficulties were fans sitting in about 40 rows of folding chairs between him and the green, which sits on a plateau with water just behind.

Hoge got the fans to move but let them leave the chairs in place. He then hit a wedge that hit on the edge of the green and trickled down to about 8 feet.

He didn’t get the storybook ending he wanted, missing the par putt.

“I hit a perfect shot for my third,” he said. “Unfortunately missed a short putt there, but it was kind of fun.”

Dustin Johnson usually is one of the most impressive drivers in golf. Just not this week, mainly because he’s not hitting a lot of drivers.

“I’m just trying to keep between the trees so I can hit it on the green,” Johnson said after a 73 left him at 2-under 142, still very much in the hun going into the weekend.

The reason for so many fairway metals off the tee is Johnson can’t seem to get dialed in with the driver.

“I’m not swinging it as well as I’m swinging everything else. I feel really comfortable with all the other clubs in my bag, just maybe not quite as comfortable as I usually am with the driver,” Johnson said. “Usually I won’t hit a 3-wood unless I absolutely have to, but for some reason right now, a little struggle with the driver.”

It shows in the statistics. He isn’t even low Johnson in driving distance through two rounds. With an average of 279.7 yards, he trails short-hitting Zach Johnson (280).

Johnson was headed to the range after his round to try to sort it out.

“I think it’s an issue with myself more than anything,” he said. “It’s definitely not an equipment issue.”

Bubba Watson called it the best shot of his Masters career — quite a compliment, coming from the guy who famously won the green jacket in 2012 with a brilliant play off the pine straw.

Watson found himself in big trouble at the 18th hole when his tee shot wound up deep in the trees left of the fairway. He faced a further challenge with a leaf blew atop his ball as he was getting ready to hit.

RELATED:  'I'm blessed' - Kapp on playing cricket & travelling the world with her wife

Undeterred, Watson went with a pitching wedge. He swung as hard he could from 183 yards, launching the ball over a towering pine. It wound up about 2 feet from the pin for an outrageous birdie.

“That was the best shot I’ve ever hit at Augusta National,” he said.

Even better than that one 10 years ago, when he hooked a gap wedge off the pine straw right of the 10th fairway and onto the green, setting up a par that gave him a sudden-death victory and the first of his two Masters titles?

The return of Tiger Woods paid off for ESPN, which averaged 2.8 million viewers in the first round, a 21% increase over last year and ESPN’s largest first round audience since 2018. … Louis Oosthuizen withdrew with a neck injury and ended the longest active streak of consecutive cuts made in a major at 15. … Bryson DeChambeau shot an 80 to miss the cut at 12-over 156. 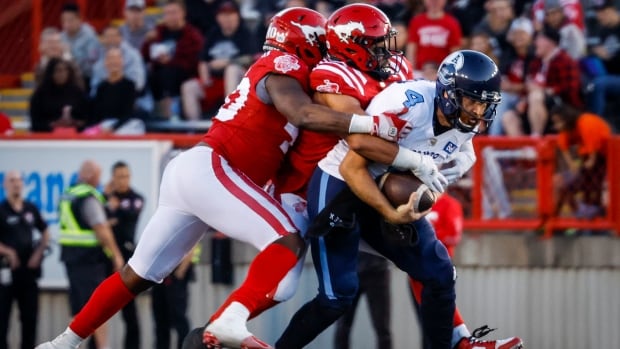