As Major League Baseball’s regular season appears to be teetering on the edge amidst the backdrop of a global pandemic, the Blue Jays are trying to focus on the things they can control.

There is great concern across the game after the league failed to get through a full week of its schedule before the house of cards started crashing down. First there was a wide-scale outbreak within the Miami Marlins clubhouse, followed by positive coronavirus tests in the Philadelphia Phillies and St. Louis Cardinals organizations.

The number of positive cases meant Friday’s expected slate of games was missing six teams, or 20 per cent of big-league clubs. The regular season, which began July 23, has already seen 30 postponed games, some of which will have to be cancelled outright.

There was a lot of speculation in the weeks leading up to baseball’s return about how long the season should be. After several rounds of contentious negotiations failed to result in an agreement with the players association, MLB mandated a 60-game schedule. At the time, the number seemed low. As July comes to an end, it now seems overly ambitious, if not downright impossible.

“I don’t think there’s a person who thought this would be seamless and thought we would run smooth as silk, unless different things happened with the virus,” Blue Jays general manager Ross Atkins said late Friday morning. “I think all of us knew we were going to have to adapt and adjust. We’ll focus on what we can control — there I am again saying that — and do the best we can to stay safe.”

RELATED:  NRL Island was a joke, but the UFC is doing it for real

Thoughts of a competitively balanced schedule, or the integrity of a season, can be brushed aside for now. This is no longer about trying to mimic a normal year, it’s about the season’s survival and finding a way to get through each day.

Predicting where things will go from here is impossible. Nothing is off the table. In early July, during an interview on the Dan Patrick Show, MLB commissioner Rob Manfred was asked what it would take to cancel the season. Manfred referenced “competitive integrity” before stating if a team or two was decimated and couldn’t play “we’d have to think very, very hard about what we’re doing.”

Well, that has already happened. According to multiple reports, the Marlins’ number of positive COVID-19 cases grew to 19 by Friday morning, which represents more than half the team. Two Cardinals players, a Philadelphia coach and one of the Phillies’ clubhouse attendants have the virus as well. All within a week.

The dire situation throughout much of the United States has led to pessimism within the media and the league’s fan base about the viability of continuing the year. A countless number of epidemiologists have called for the cancellation, or at the very least postponement, of the regular season. It’s something that MLB has resisted.

The Jays were supposed to be in Philadelphia this weekend. The series opener was pushed back from Friday to Saturday before all three games were cancelled. So the Jays remained in Washington looking for ways to stay busy until facing the Atlanta Braves on Tuesday. That’s the 2020 season in a nutshell.

“We’re going to have a socially distanced bus tour of D.C. (on Friday), we’ll be moving around the area to appreciate the history and culture of this area,” Atkins said. “We’ll have a workout Saturday and Sunday. Most likely a simulated game to keep our pitchers on track and ready to crank things back up. We’re still talking about different ways to make the most of this time that we’re down.”

MLB’s best shot at pulling off a 2020 season would have been adopting similar measures to the ones taken by the National Basketball Association and the National Hockey League. Both leagues adopted bubbles, or hub cities, which isolate players from the general population and eliminate the need for long-distance travel.

That proposal was a non-starter in baseball for several reasons. The players balked at the idea of being isolated for upwards of four months, including summer camp and the post-season. The ideal locations for hub cities in Florida and Arizona, where teams have spring training facilities, were considered hot spots not just for the disease but for the climate, with temperatures reaching the upper 30s.

The league had the option of getting creative by using cities like New York or Los Angeles, which have multiple big-league stadiums, but neither party seemed interested. The players wanted freedom, owners wanted to keep their costs down by playing at home and, as recently as two weeks ago, some teams were still talking about selling tickets at some point later this summer.

It’s too late to make drastic changes now. MLB made its bed and must lay in it, but there are at least a few adjustments that might make this plan less messy. A call for players to remain isolated at their hotels, similar to the Rogers Centre quarantine, is long overdue. Tests should be done every day, instead of every other day, to limit exposure as best as possible.

RELATED:  Stages of Grief? We've got stages of grief coming that you can't even imagine

There also must be a renewed commitment from teams to follow the rules already in place. Last week, the Marlins were informed of positive tests before a game against the Phillies. Instead of cancelling the game, Marlins players voted on whether they should proceed. To the surprise of no one, the professional athletes wanted to keep grinding.

The Marlins’ decision not only permitted further spread of the disease within their clubhouse, it also put the Phillies at risk. And If you think everyone learned their lesson after this, think again. After the Cardinals’ game was postponed on Friday, an unnamed player told The Athletic’s Mark Saxon that he still wanted to play on Saturday because they “can’t let all this crumble.”

Unfortunately, that won’t be up to the players, or MLB, it will be up to the virus. The spread can be somewhat contained if proper protocols are in place, but the risks cannot be eliminated, and the system will only be as strong as its weakest link. If everyone is playing by different rules in different cities, this plan doesn’t stand a chance. 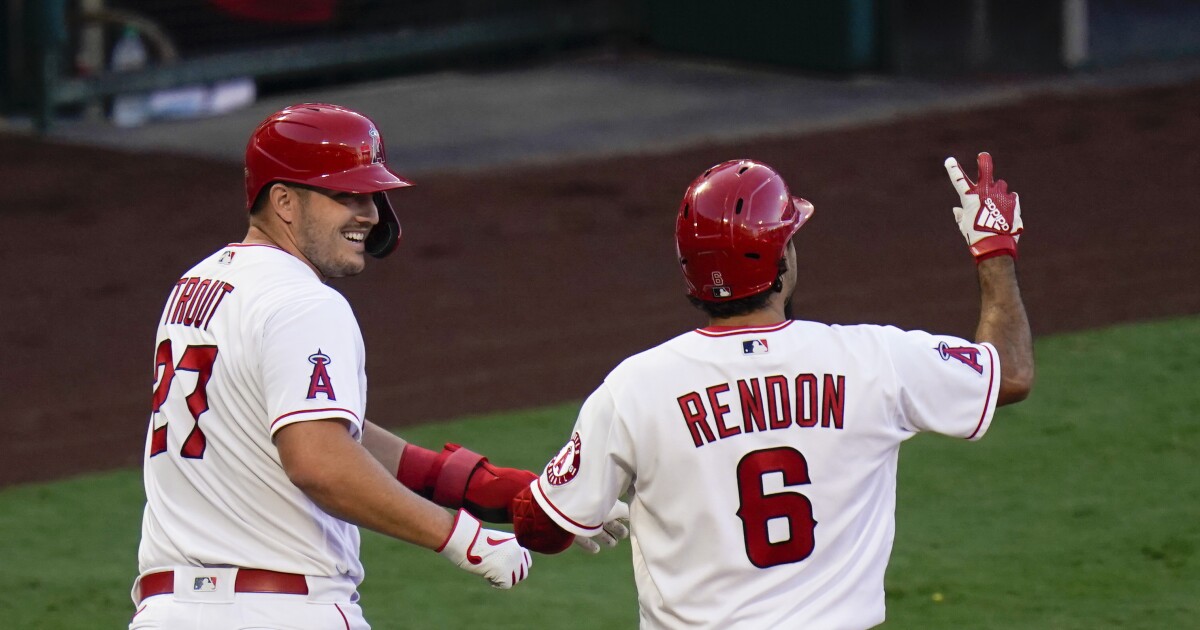 Big Ten, Pac-12 expected to vote Tuesday on whether to move forward with 2020 college football season