The maintenance crew at Azusa Pacific will need weeks to scrub away the scorch marks on the track in the wake of Saturday night’s Mile of Champions Distance Classic.

Numerous state and national records were shattered as Newbury Park senior Colin Sahlman and his teammates put on a display never before seen in the history of the event.

Colin, who is headed to Northern Arizona, was coming off a 1:50.90 effort indoors two weekends before at the New Balance Nationals in Manhattan after recording a sub-4:04 split to anchor his team’s national record in the 4xMile relay.

“Our mindset was to take it out fast the first lap and I thought I might do it, but Colin had that little kick at the end that I didn’t have,” Aaron Sahlman said. “To be pushed by your own brother is super fun. I’m going to miss him next year when he goes to college, but I’m going to enjoy the rest of this year. We want to break more records.”

Another sibling duel materialized an hour later when Newbury Park junior Leo Young broke the high school outdoor record for 1,600 meters with a 3:59.52 split en route to winning the boys’ mile in a personal-best 4:00.77 while his brother Lex took second in 4:04.68.

In the girls’ 800, Newbury Park senior Samantha McDonnell dazzled in her outdoor debut, winning the race in a personal-best 2:08.33, slightly more than a second behind the meet record of 2:07.31 set last year by Crescenta Valley’s Mia Barnett. McDonnell is the new state leader, topping the 2:08.89 clocked by La Cañada’s Arielle McKenzie at the Nike Redondo Invitational on March 12.

“I’m hoping to break 4:40 in the mile and go under 10 [minutes] in the two-mile,” said the University of Alabama-bound McDonnell, who ran a personal best to beat runner-up Anna Terell (2:15.25) of Palos Verdes by almost seven seconds. “The mile is my best event so I didn’t know what I was getting myself into today, but I figured I should set the pace and see how the race went. Considering that I’m coming off a long break I really wasn’t expecting this.”

An injured tendon in her left foot had kept McDonnell out of action for two months, but her return went better than she could have hoped.

“It’s great having the boys to run with,” she said. “Sometimes I’ll do warmups and cool downs with them.”

In the girls’ mile, Manhattan Beach Mira Costa senior Dalia Frias sprinted the last lap in 68 seconds and overtook Ventura freshman Sadie Englehardt in the final 25 meters to win in 4:35.06, breaking the state record of Irvine University’s Polly Plumer set in 1982. The Duke-bound Frias posted the fastest time in the country this year, while Englehardt’s 4:36.63 established a national record for a ninth-grader. Frias also shattered the meet record of 4:48.18 set six years ago by Rylee Bowen of Santa Rosa Sonoma Academy. Frias and Englehardt are currently No. 1 and No. 2 in the nation in the 3,200 meters.

The meet returned to its traditional format and location this year after a condensed version was held at Arcadia High last year following its cancelation in 2020. 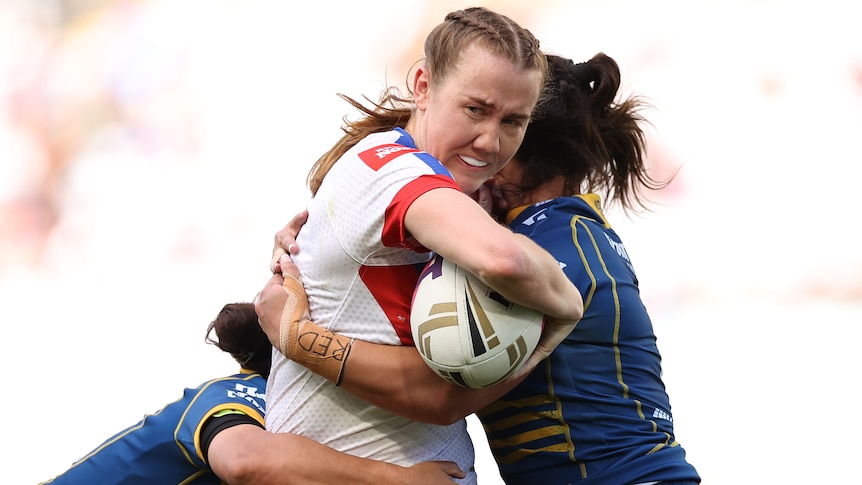