After three straight weeks of gambling on Norwegian ice fishing, I plan on returning to reality this week and betting on something I actually know a little bit about: The NFL Draft.

Although the draft is still 13 days away, it’s never too early to start thinking about which draft props you should bet on and that’s exactly what we’re going to do in today’s newsletter, which is going to cover way more gambling than I ever though a football newsletter could cover on a random Friday in April.

Not only will we be talking draft props, but we’ll also be going through the over/under win totals for all 32 teams. Basically, there’s a lot to cover today, so let’s get this thing moving and get to the rundown. As always, here’s your weekly reminder to tell all your friends to sign up for the newsletter. All you have to do is click here and then share the link. Degenerate gamblers are welcome.

During the NFL offseason, we like to spice things up each week by adding a listener mailbag every Friday. Our mailbag episodes are pretty simple: We read listener questions during the show and then answer as many of those questions as possible. Questions can be about literally anything. I mean, I think we once spent 10 minutes ranking grocery stores. Personally, I’m a Kroger guy, but I have been known to make the occasional trip into Publix. I also think I once went to a Piggly Wiggly. Anyway, if you want to submit a question, all you have to do is go to Apple Podcasts (click here) and leave a five-star review.

For today’s mailbag, the questions were all over the place. Here’s a small sample:

To listen to the rest of the questions from today’s mailbag — and to follow the podcast — be sure to click here.

Back in 2015, the NFL was so uncomfortable with the idea of gambling that the league forced Tony Romo to move his fantasy football convention out of Las Vegas. Six years later, the NFL has decided to fully embrace gambling and we know that because the league just signed a monstrous deal with three different sportsbooks: Caesars Entertainment, DraftKings and FanDuel.

According to CNBC, the three deals could be worth as much as $1 billion over the next five years. The move will allow Ceasars to keep its title as the “official casino sponsor” of the NFL. If you’re wondering what being the official sponsor gets you, it means that Caesars is the only casino that’s allowed to use NFL trademarks inside its buildings. Caesars is also expected to play a big part in upcoming NFL events that will be held in Las Vegas, including the 2022 Pro Bowl and 2022 NFL Draft.

For DraftKings and FanDuel, the move is big because the NFL has promised to put the two companies front and center on NFL-related shows. This means that if you’re watching NFL Network or the RedZone channel this year, there’s a good chance you’re going to see fantasy stats or projections that prominently feature a logo from either DraftKings or FanDuel. FanDuel will also work with the NFL on some pregame integration opportunities for the seven regular-season games the will air on NFL Network in 2021. On DraftKings’ end, it will get to tout itself as the official daily fantasy partner of the NFL.

What all this means is that everyone is going to be betting on football soon, so you might as well get a head start on what to bet on by subscribing to SportsLine, our sister site that offers more gambling advice than you’ll know what to do with.

Anyway, no one does draft props better than SportsLine’s R.J. White. R.J. actually used to be my editor and he regularly nails draft props. Last year, he hit Tua Tagovailoa to Miami (+110) and C.J. Henderson Under 12.5 draft position (+150).

This year, he’s got 10 props he likes for the draft. Although White’s picks are behind a paywall over at SportsLine, I’m going to share three of them with you and then hope I don’t get fired for it.

To see the rest of White’s best prop bets, you’ll have to head over to SportsLine, which you can do by clicking here. If you’re interested in getting a SportsLine subscription, which I would highly recommend for anyone who loves to gamble on sports, be sure to click here.

NFL win totals are definitely one of my favorite things to bet on every year and it looks like I can start placing some bets, because the win totals for the 2021 season have finally been released. The totals are from the Caesar Sportsbook by William Hill in Las Vegas (via ESPN.com).

Here are a few nuggets from all the win totals.

5. How the Buccaneers can have the perfect draft

Between now and the start of the draft, we’ll be listing how each team can pull off the perfect draft, and today, we’re going to cover the Tampa Bay Buccaneers.

If the Buccaneers wanted to, they could probably just skip the draft this year and that’s because they don’t really have any holes on their roster due to the fact that EVERY SINGLE STARTER from their Super Bowl team will be returning in 2021. To give you an idea of how improbable that is, no Super Bowl team has brought back every starter since the Raiders did it after winning Super Bowl XI in the 1976 season.

Even though Tampa Bay doesn’t have any gaping holes, it could stand to add some depth in a few areas and that’s where our Tyler Sullivan comes in. According to Sullivan, here’s how the Buccaneers can have the perfect draft this year.

RELATED:  Jared Veldheer will not make NFL history this weekend after Packers place him on reserve/COVID-19 list

Aaron Donald’s lawyer has responded to the assault allegations that have been levied against his client, and not surprisingly, he’s denying that the Rams star had anything to do with the injuries suffered by De’Vincent Spriggs.

During an interview with 93.7 The Fan in Pittsburgh on Thursday, Donald’s attorney, Casey White, did admit that the Rams player was present during the altercation where Spriggs got injured, but White said that video from the bar will show that Donald wasn’t involved.

“Late last night, we got surveillance video that clearly shows that Aaron Donald did not touch Mr. Spriggs,” White said, via KDKA. “In fact, Mr. Spriggs attempted to assault Mr. Donald with a bottle. Swung a bottle at his head, grazed the top of Aaron’s head, and at that point in time, other patrons at the party came out onto the street and held Aaron back, and other people came to his defense.”

After seeing what was happening to Spriggs, Donald tried to stop it.

“Aaron then breaks free from the restraints … he then goes to the pile where this melee is taking place and he starts tearing people off, protecting Mr. Spriggs,” White said. “He actually saves Mr. Spriggs from further injury.”

So the story from Donald’s side is that he was present while the beating took place, but he didn’t play a part in it and he actually helped prevent Spriggs from suffering any further injuries. The one thing that could be working in Donald’s favor is video from the bar. White said that the video, along with five separate witnesses, will be able to corroborate the story that Donald didn’t injure Spriggs. Basically, the video could bring this situation to a quick end and exonerate Donald.

You can see a clip of the video by clicking here.

7. The Kicker: How the Netflix movie about Sean Payton came to be

Ever since Netflix announced that there was going to be a movie about Sean Payton, I’ve basically spent every waking moment wondering how this movie came to be. Yes, this is me admitting I have nothing better to do with my life than think about these things, but it’s also an odd pairing and I wanted to know what led to the movie being made.

As it turns out, there’s actually good answer for that.

Here’s how it all came together (via ESPN.com): Payton’s daughter, Meghan, is dating a man named Christopher Titone, who just happens to be Adam Sandler’s brother-in-law. Sandler heard about the story of Payton coaching a youth team during his one-year “Bountygate” suspension in 2012 and he thought it would be perfect for a movie. Sandler then used his production company, Happy Madison, to get the ball rolling on the project.

Now that we’ve solved that mystery, we just need to figure out how Kevin James got cast to play Payton, because they look nothing alike. If you’re wondering what Payton thinks of the casting choice, he doesn’t seem to care as much as I do.

“Listen, I’m at that age where I don’t really care,” the Saints coach told ESPN.

If they ever make a movie about people who write newsletters, I hope Kevin James doesn’t play me, but I do think he could play Tom Fornelli, and since I just made fun of Fornelli, I’m now going to kindly ask you to subscribe to his CBS Sports HQ PM newsletter and you can do that by clicking here.

Alberta says no to Ontario request for health-care workers

The varnish is peeling off for Kurz 2021 NFL schedule: Best game each week, from Dak Prescott’s return vs. the champs to an all-new Week 18 slate NFL schedule 2021: Date and time for every game of 2021 NFL season, including Cowboys-Buccaneers opener Sen. Marco Rubio says Rep. Ilhan Omar ‘out of her mind’ for anti-Israel tweet
29 mins ago 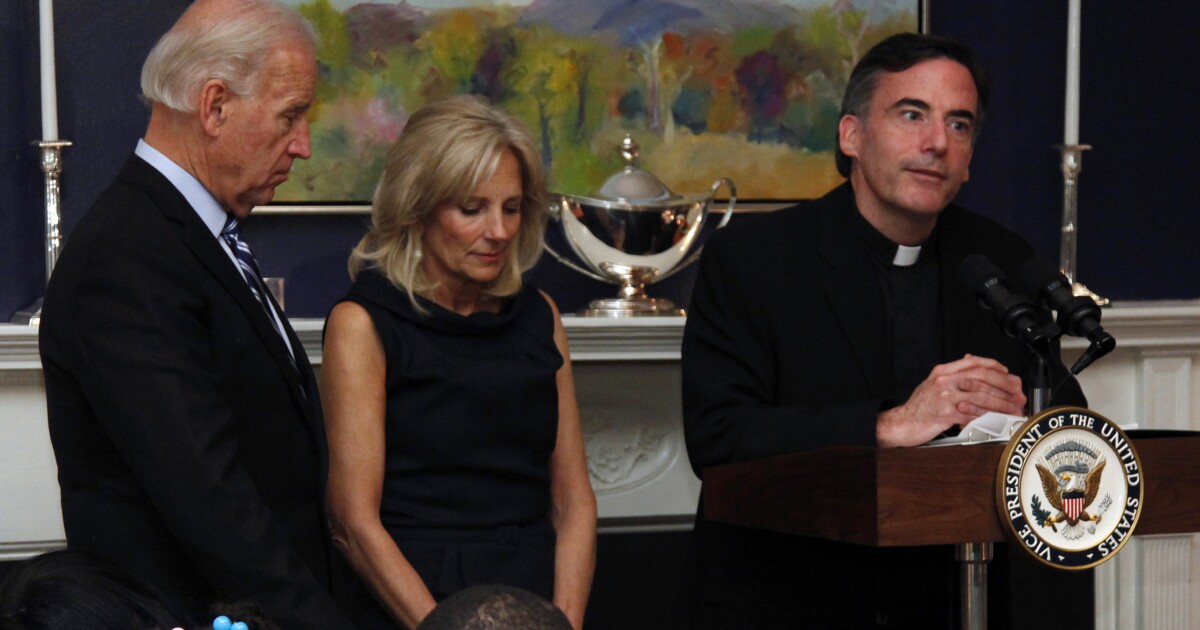