The running back position has lost almost all its value, they say. Yet we had another draft with multiple running backs picked in the first round. Of course, the NFL has now become infatuated with passing the football, which means runners have to prove their worth as pass catchers too. Fortunately, the 2021 class boasted a nice collection of truly versatile running back prospects.

Let’s rank the top five backs strictly based on who’ll be most productive in 2021.

Other installments in this series — tight ends, wide receivers

Williams was the finest pure runner in the 2021 class. He has a gigantic bag — I’m borrowing that term from the NBA and will continue to use it — making him completely scheme versatile and capable of winning through the second level in a variety of ways.

But he will begin the year sharing touches with 28-year-old Melvin Gordon who averaged 4.6 yards per in his Denver debut season. The Broncos traded up near the top of the second round to get Williams. A clear indication they want to use him right away. Will Gordon be suddenly and completely phased out of the offense? Can’t imagine that being the case.

And the Broncos have Courtland Sutton returning alongside a young, fast, and fun pass-catching contingent featuring Jerry Jeudy, K.J. Hamler, Noah Fant, and Albert Okwuegbunam. Williams will make noise as a rookie. He’s far too talented not to. But there’ll be other backs who have more volume over the course of the season.

Etienne was being cross-trained at receiver in rookie minicamp by new head coach Urban Meyer. And for as much as I initially thought it was crazy, it’s not as though Etienne needs to learn which linemen to follow on certain run plays at this stage of his football-playing life.

There are three main reasons the second running back off the board is so low on this list — Trevor Lawrence, James Robinson, and the established offensive skill-position talent already residing on Jacksonville’s roster.

Lawrence is the offensive centerpiece of all offensive centerpieces. Meyer took the job because of him. While offensive coordinator Darrell Bevell does have a run-heavy history in Seattle, he has worked closely with Brett Favre and Matthew Stafford too. I have to imagine the Jaguars offense will run through Lawrence, not the ground game. And his weapons are alluring — D.J. Chark, Laviska Shenault, Marvin Jones, and Tyler Eifert.

And next to Etienne in the backfield is Robinson, who went from obscure Division II undrafted free agent to 1,000-yard rusher as a rookie.

One other justification point on the explosive Etienne not erupting out of the gates as a rookie — the Jaguars offensive line. Just a few weeks ago, Pro Football Focus ranked it as the 22nd-best unit in football, and second-round pick Walker Little is an enigma because we haven’t seen him on the field since Week 1 of the 2019 season.

Etienne is a fast, efficient runner. Dynamic in the screen game. He’s not a bouncy, lateral-cut type. If the Jaguars blocking isn’t above-average, it’ll take time for the first-round pick to produce at a level most are expecting. We must not forget, though — Meyer has worked wonders with gadgety, explosive-based types in the past, most namely Percy Harvin at Florida and Curtis Samuel at Ohio State. He’ll know how to accentuate Etienne’s array of skills.

If you play running back for the Kyle Shanahan-led 49ers, you are going to produce. Point blank. Period. And GM John Lynch picked Sermon in the third round even with Raheem Mostert and Jeff Wilson entrenched as the top two backs in San Francisco.

RELATED:  Buccaneers' Bruce Arians on COVID-19 in 2020 season: Every player will 'get sick, that's for sure'

But Wilson will be on the PUP list for at least the first six weeks of the season after undergoing meniscus surgery. A luxurious opportunity awaits Sermon, even as Mostert’s backup.

Mostert’s never had 20 carries in a single game with the 49ers (nor in his NFL career), proving Shanahan’s reliance on a legitimate running back committee. And Sermon was born to run within Shanahan’s wide-zone scheme. He showcased dazzling vision and subtle, one-cut ability in which he barely lost speed when changing directions during his ultra-productive 2020 season at Ohio State.

Sermon’s not a burner but defenders often glance off of his thick, chiseled frame. Sermon will be one of the most efficient backs — not just rookies — in 2021.

Harris was my RB1 in the 2021 draft class. And it wasn’t particularly close. Despite Etienne initially earning consensus billing as the top receiving back in the class, as more people watched college film, that label went to Harris, who routinely demonstrated amazing comfort splitting into the slot, running intricate routes and tracking the football like a veteran wideout. His receiving skill is much more than being able to catch a screen pass.

And it’s not surprising Pittsburgh zeroed in on Harris in Round 1. He’s a clone of in-his-prime Le’Veon Bell physically, a tall bruiser of a back with the agility of a much smaller, skinnier runner.

Pittsburgh’s offensive line is transitioning from being an established veteran-laden group to an inexperienced youthful one. That’s slightly concerning. But some of the youthful pieces the Steelers have in the trenches are very talented — like guard Kevin Dotson and rookie center Kendrick Green.

Harris is going to be high-volume in Pittsburgh’s attack, and his size/athleticism/receiving ability blend will lead to a huge rookie season, even if it doesn’t really take off until around October. The only reason he’s not No. 1 — the Steelers offensive line is replacing four starters from a season ago.

The UNC backfield was absurd in 2020, the future second-round pick and top of the fourth-round selection did whatever they wanted on the ground in the ACC. Didn’t matter the scheme nor the defenders they faced.

Carter averaged 8.0 yards per carry — yes, eight — with nine scores on just 156 carries, demonstrating a fine combination of burst upon eluding a would-be tackler and balance needed to absorb contact without immediately falling to the artificial turf.

And there’s La’Michal Perine, Tevin Coleman, and Ty Johnson as the veterans in front of him to start camp. Not precisely the 1927 Yankees batting order. Carter also caught 20-plus passes in each of his final three seasons with the Tar Heels and has the short stature needed to hide behind blockers on a screen before exploding down the field.

Carter is absolutely going to be a fixture of the Jets offense during Zach Wilson’s rookie season with the Jets. New York’s offensive line is still a work in progress, but the left side featuring Mekhi Becton and Alijah Vera-Tucker will be a formidable one.

What’s the release date for Windows 11? 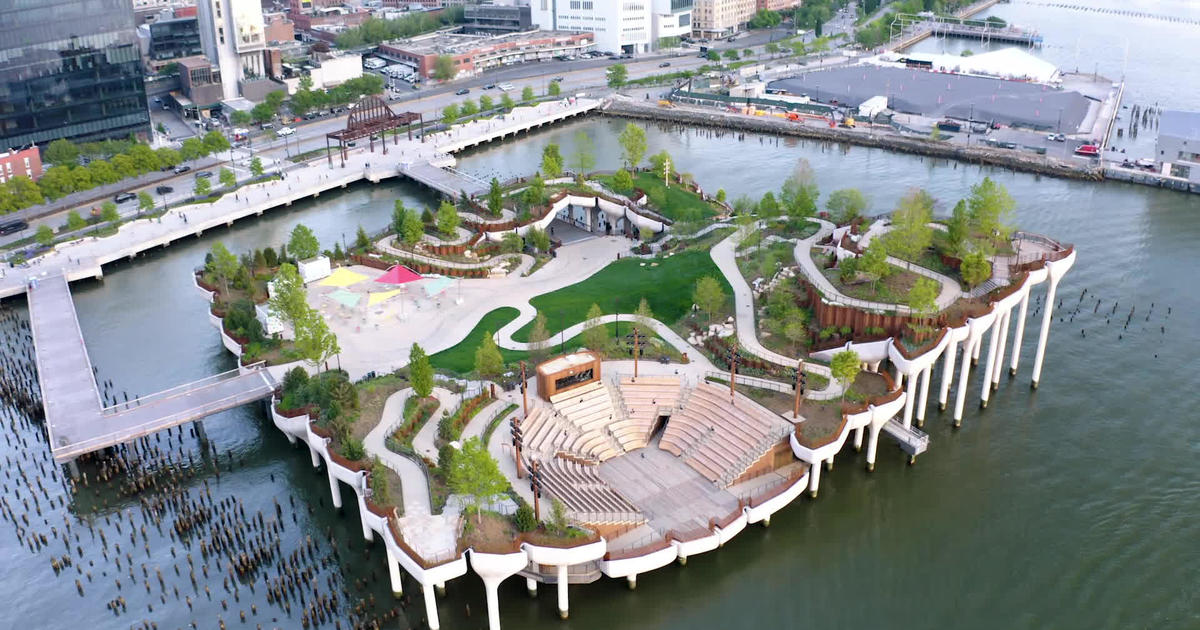 New York’s newest island, a man-made gift to the city
1 hour ago