A panel assembled by Cricket Victoria and Cricket Australia has concluded that some of Will Pucovski’s previously reported concussions did not qualify as “true concussions”.

It has been widely understood that the 24-year-old Victorian — who has represented Australia at Test level — has suffered a total of 11 concussions over his injury-plagued career.

The most recent of these came in February, when the batter was substituted out of Victoria’s Sheffield Shield Match against South Australia.

In early March, the two governing bodies commissioned a panel — “including independent neurologists with expertise in the management of concussion in sport” — to review Pucovski’s case history.

According to a Cricket Victoria article, the panel subsequently concluded that some of those concussions were instead “a form of either post-traumatic migraine or [a] stress-related response”.

“Will has made positive steps in his recovery from the injury in Adelaide,” Cricket Victoria’s doctor Trefor James was quoted as saying.

“Given that he has made a full and relatively quick recovery, and following the experts’ diagnostic formulation, the panel was happy to support Will in his desire to continue playing.

“Concussion management is, by its nature, incredibly complex and I’d like to thank those on the panel who have provided their expertise to allow us to proactively support Will in managing his health and wellbeing.”

Since the latest suspected concussion in Adelaide, Pucovski has been playing for both Melbourne Cricket Club and Victoria’s Second XI side.

After Victoria’s two-wicket victory against Tasmania on Friday, Sheffield Shield coach Chris Rogers was asked whether Pucovski was a chance of returning to the elite side as soon as next week.

“We are monitoring that closely,” Rogers said.

“We’ll look when we get to the selection table about what the right thing is to do. We’ll talk to all the relevant people, [but] we think we can be pretty positive.”

Asked what Pucovski would need to do to get medical clearance to play, Rogers added that medical staff wouid “have to be in the conversation”.

“Then we’ll go from there,” Rogers said.

Pucovski, meanwhile, said he was “looking forward to finishing the season back in the squad”.

“It was so worthwhile to meet with the panel and hear their views on my circumstances,” Pucovski said.

“Managing my health, physically and mentally, is something I have to live with moving forward and I’m really grateful for everyone’s support at Cricket Victoria.”

The Cricket Victoria statement concluded by saying it would “monitor Pucovski’s recovery and progress”.

Pucovski has previously faced calls to retire from the sport, with Cricket Victoria general manager Shan Graf saying in February that the batter understood that his long-term health was at risk.

“He’s realistic. He understands that this is bad and, if it keeps going, it can’t be good for his health long-term,” Graf told SEN at the time.

Inside the NHL: Maple Leafs have no choice but to join the deadline party 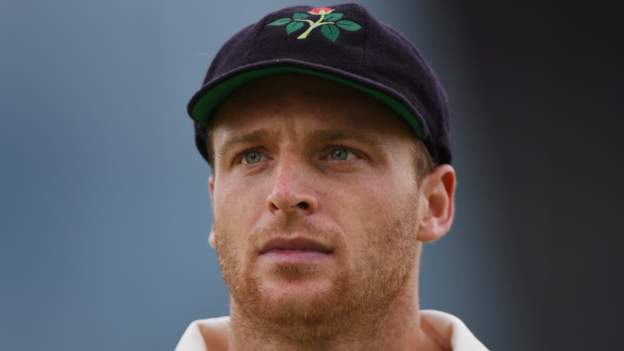