Current and former tennis greats have delivered a chorus of tributes to Australia’s Ash Barty after her shock move to retire from the game.

Barty stunned the tennis world on Wednesday with her announcement via social media that she was ending her career immediately, less than two months after winning the Australian Open title.

The three-time major winner will face the media to talk more about her decision in Brisbane at 1pm AEDT.

American tennis great Serena Williams — who is one of the few players on tour never to have lost to the Queenslander — took to social media to share her thoughts.

“@ashbarty I can’t lie I was sad to read your decision but also happy for your new chapter,” she wrote on Twitter.

“Always your fan close up and afar. Sending all my love.”

A more recent rival for Barty’s world number one ranking, Naomi Osaka, paid tribute to the Australian for her work ethic and the way she treated other players.

“This morning when I saw the news of Barty retiring, it made me quite sad,” Osaka said at the Miami Open tournament.

“We’re not really … I can’t say we’re friends, more like workplace acquaintances, but I just really admired her for how hard she worked and just how nice she was to everyone.

“So I kind of wanted to be more like her and I wanted to feel like she probably feels now, which is like she left everything on the court and she has no regrets.”

Two-time US Open champion and fellow Queenslander Pat Rafter was 30 when he retired from top-flight tennis, and he said touring life was particularly hard for Australian players.

“When you’re travelling those distances all the time to play tournaments, you are sort of stuck there,” he told ABC News Breakfast.

“Where if you are American or European, you can play for two weeks and then pop home.

“It’s difficult when you are coming from the southern hemisphere countries, where you’re so isolated.

“Mentally that takes a big toll.”

Rafter agreed it was impossible to maintain focus and intensity on tour when a player’s heart was not in it.

“That’s why the decision is so brave of her but so good and it’s the right one,” he said.

“If she was out there trying to flog a dead horse you would see her results go down, she’d be really unhappy, she’d get herself in a really depressed state. So I’m really glad she’s realised that [it’s time].”

On the same program, Tennis Australia chief Craig Tiley said Barty’s impact on the sport was much bigger than simply her results.

“The legacy [she leaves] will always be one of a gracious champion, a humble champion and someone that represented Australia not just among Australians, but Australia globally with pure class and aspiration,” he said.

Tennis great Billie Jean King was another to post on social media from the US.

“Australia has a rich history in tennis, and @ashbarty has represented it so well,” King posted on social media.

“I have no doubt she will continue to inspire and make a positive difference in the world.

“I wish her all the best in this next chapter of her life.”

US Open champion Emma Raducanu was asked about Barty’s announcement at the Miami Open where she is also playing this week.

“I just want to wish Ash all the best because she had a great career,”  Raducanu said.

“She set out to achieve everything she wanted to when she started playing the sport … I took a lot of inspiration from her.” 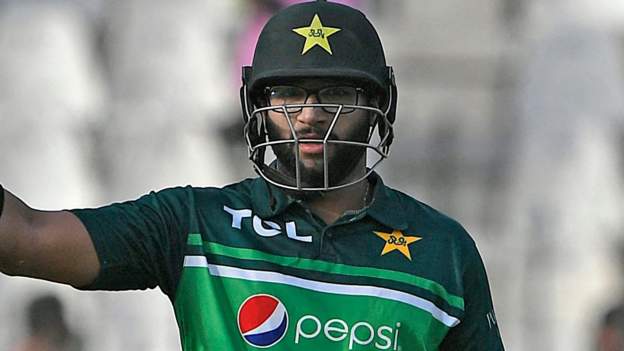 4 hours ago
Check Also
Close
Entertainment News Posts
Featured News Posts
Pausing the gas tax would have been great for Democrats. Instead we got a July 4 price increase
28 mins ago