Gregg Popovich called a timeout, walking directly from his bench across the court in an angered rush. He pointed at a fan in a blue, collared shirt in the second row and motioned for him to get in the game.

Turns out, the Spurs didn’t need him — San Antonio gaining a game on the Lakers in the race for one of the final play-in tournament spots with a 117-110 victory.

The win ties Popovich with Don Nelson for the most NBA coaching wins with 1,335 regular-season victories.

Plenty of the greats were at the Spurs-Lakers game Monday night in San Antonio, and like Robinson, most of them weren’t in uniform.

Just like Popovich wished he could’ve had Robinson in the game patrolling the paint, Lakers coach Frank Vogel just had to look down his bench for players he wished he could use — a group that Monday included LeBron James.

James sat out the game against the Spurs, swelling and soreness in his left knee coming just two days after he scored 56 points in a win the Lakers desperately needed against theGolden State Warriors.

“Every time we win and get some momentum, something happens,” Russell Westbrook said.

RELATED:  Analysis | ‘It was like a playoff game.’ Erik Källgren and the Leafs answer the call against the Hurricanes

The injury cost James five games beginning in late January and he’s been listed as “questionable” on the team’s injury report since. The Lakers, Vogel said, are hopeful that James could return Wednesday against the Houston Rockets.

“The heavy load that he’s carrying for us this year, we know that it’s always a possibility. I think that’s why we continue to list him as questionable to see how it’s responding over the 48 hours between games,” Vogel said pregame. “And this is just one of those days where it was significant enough to hold him out.”

Without James, and of course Anthony Davis and Kendrick Nunn, the Lakers needed balanced production to challenge the Spurs, but while their offense performed well enough, the Lakers couldn’t get enough stops.

“A lot of scrambling,” Westbrook said.

And while the team showed fight, there are no “moral victories,” he said.

The Lakers were forced to chase the Spurs, who shot better than 50% from the field and led by as many as 14, for almost the entire game.

And while they were able to briefly take one-point leads, the Lakers couldn’t get enough big plays down the stretch.

Westbrook scored 17 to go with 10 rebounds and six assists. Carmelo Anthony and Malik Monk each had 17, and Talen Horton-Tucker scored 18 to lead the team.

Dejounte Murray, the Spurs’ young All-Star guard, led everyone with 26 points, with each of the other four San Antonio starters joining him in double figures.

The Spurs now trail the Lakers by four games in the loss column.

“You can’t control injuries or anything like that but it’s kind of frustrating,” Monk acknowledged.

Pregame, Popovich said Murray is learning how to shoulder the burden of a team on a nightly basis, pointing to James as the best example.

“Those are the most valuable pros in the league,” Popovich said. “That’s a big responsibility for the guys that have to bring it. Think about how many years LeBron has brought it night after night after night. People think that’s easy because he’s a good player. It’s between the ears as much as it is anything else for these guys.”

Popovich continued to praise James for his longevity — while playing down his own with minimal celebration after tying Nelson’s coaching record.

Monday, the Lakers certainly missed James in crunch time, the team unable to keep up with the younger, bigger Spurs who pushed through the finish, holding the Lakers to just 18 points in the fourth quarter.

“They hit more shots than we did. Took better shots than us too,” Monk said. “ …They just played a little smarter than we did down the stretch.”

Cardi B Blasts An Unidentified Person In The "Industry," Calls Them "Weird"

Canucks Takeaways: Clock ticking for team to gel ahead of important season 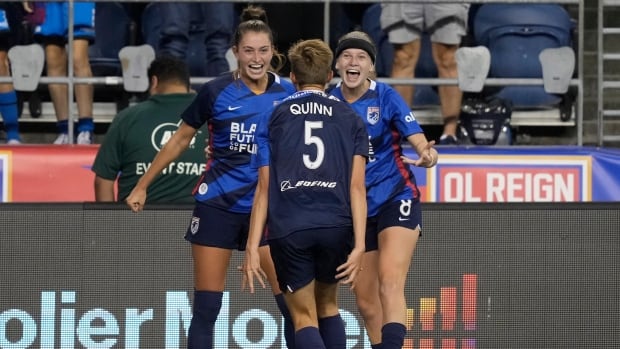