Two decades after the last Melbourne Commonwealth Games, Victoria is emerging as a frontrunner to host the 2026 event.

An Australian Commonwealth Games committee spokesperson has told the ABC that “a number” of cities are currently being approached about putting forward bids.

However, governments in Western Australia, South Australia, and New South Wales have already flagged they would not be proceeding with bids.

Queensland already hosted the event in 2018 and will be preparing for the 2032 Olympic Games by 2026.

Nine newspapers have reported that the Commonwealth Games Federation approached Victoria, rather than the state making a bid, due to lack of interest in hosting the event.

Premier Daniel Andrews today said he was not ready to make any announcements regarding the Commonwealth Games, but said the government was always advocating for more major events in Victoria.

“What you can all be certain of, and what I think Victorians know, is that the government and Visit Victoria, we’re out there every day working as hard as we can to get all the big major events to come to the major events capital of our nation,” he said.

Melbourne has existing infrastructure to support the more than 5,000 athletes and officials who attend the event, and cities like Shepparton, Ballarat and Bendigo are also home to world-class stadiums that would be well-suited to host events.

An alliance of 11 regional Victorian centres, including Shepparton, Bendigo, Geelong, Traralgon, Ballarat, Warrnambool, Nagambie, Wodonga and Yarrawonga had previously launched a campaign for Greater Victoria to host the 2030 games.

Former Victorian Minister for Sport Justin Madden told ABC Radio Melbourne a regional-based games could be the way to go.

“A lot of the big cities bid for the Olympic Games,” he said.

“I think the Commonwealth Games organisation has also decided to pitch it as a regional event rather than a big city event and that seems to be the case in recent decades.”

Bendigo Stadium chief executive Dennis Bice said if the Commonwealth Games were to land in Melbourne in 2026, he would be putting up his hand to host the basketball.

“I think Bendigo is in a fortunate position [of] not only having hosted major events before, but from the stadium perspective, we have the best regional basketball facilities in Victoria,” he said.

Mr Bice said the stadium had hosted a stack of regional, state, and national events in the past including regular Australian Women’s Basketball League games.

“From a basketball perspective, we’ve got great training facilities outside our major basketball courts in the stadium,” he said.

“We’d have to sit down and work through to see exactly what else [the Commonwealth Games Federation] would actually need.

“From a Bendigo perspective, we’d be ready, absolutely, and happy to work through what the requirements would be and whether we needed to partner with other regional cities in doing that, to host the Commonwealth Games.

Preparations for the 2026 Commonwealth Games come amid a strained period for major international events.

The Japanese government struggled with hosting commitments for the 2020 Tokyo Olympic Games, suspending the event until 2021 and eventually proceeding without spectators and at a massive financial loss.

The organisers of the Beijing Winter Olympics have restricted tickets to “selected” spectators when the event kicks off next month, and no fans from outside the country will be allowed to attend.

Victoria has already agonised over cancelling major events during COVID-19, and the states’ reputation has suffered as a result.

After repeated suspensions and cancellations, Melbourne has lost pole position as the opening event of the Grand Prix season, and the logistics of hosting the Australian Open have caused headaches for officials over the past two years.

The 2026 Commonwealth Games could help Victoria restore its international reputation when it comes to hosting major international sporting events, but the initial outlay may be a difficult pill to swallow with net state debt predicted to hit 200 billion dollars – but it could also be an economic boon for the state.

While it cost the Victorian government around a billion dollars to put on the “Olympic scale” 2006 games, Mr Madden said “it also generated probably twice as much as that”.

He said the 2006 Commonwealth Games were also used as a catalyst to upgrade major sports facilities, like the MCG and the Melbourne Sports and Aquatic Centre.

“It allows you to invest heavily in new infrastructure that might be needed,” he said.

“It sort of brings forward some expenditure and you get to do it all at once.” 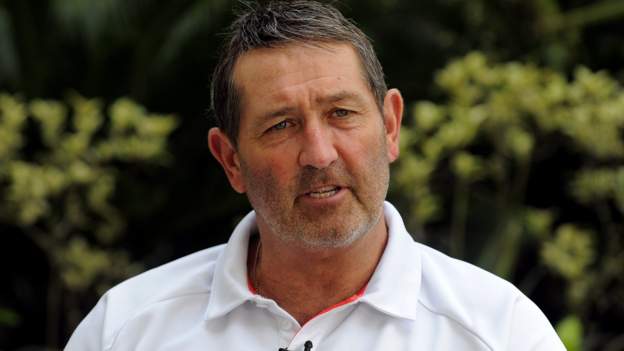