The Australian Open has been making global headlines even before the players have stepped onto the court.

Players have been detained by Australian Border Force, Novak Djokovic’s visa has been cancelled for a second time, and some of the sport’s biggest names have failed to make the trip due to injury.

COVID-19 restrictions limited crowd numbers at last year’s tournament, and have again caused organisers to reduce capacity due to a surge in Omicron cases.

So, here’s your guide to what is happening on the court at Melbourne Park.

Ads
LIVE BLOG: Follow our blog on the Novak Djokovic visa saga for the latest updates.

The Australian Open will be contested from January 17 to 30.

The wheelchair tennis events will be played from January 23 to 27.

Where can I watch the Australian Open 2022?

You can watch the Australian Open on free-to-air TV on Channel Nine and on-demand on their 9Now website and app.

Nine will be offering live televised, and on-demand streaming coverage of the Australian Open live across its various platforms.

The ABC will be blogging the tournament, and will also be providing match reports, news stories, and analysis.

ABC Sport will provide live updates on radio across the weekend as part of the Summer Grandstand program.

Who are the big names that are playing at the Australian Open 2022?

Naomi Osaka will be defending her Australian Open title at Melbourne Park after she endured a tumultuous 2021.

Osaka pulled put of the French Open before her second-round match after a battle with officials over her refusal to honour media commitments due to what she said were mental health issues, and as a result of those she did not play Wimbledon.

Her performances at her home Tokyo Olympics and the US Open were sub-par for her.

But at an Australian Open warm-up event in Melbourne the Japanese former world number one seemed in good form before she withdrew from her semi-final due to an injury.

“I had a lot of fun playing here in Melbourne. Unfortunately I have an abdominal injury which I need to rest and prepare for the Australian Open,” Osaka said in a statement issued by Tennis Australia.

Her biggest competitor, current women’s world number one Ash Barty, is the number one seed in the women’s singles draw.

The top-ranked tennis star has two grand slam singles titles to her name — the 2019 French Open, and last year’s Wimbledon — and now she has her eyes set on a home triumph and becoming the first Australian woman to lift the Daphne Akhurst Memorial Cup since the unseeded Chris O’Neil did so in 1978.

Immigration Minister Alex Hawke used his ministerial powers to personally cancel Novak Djokovic’s visa on Friday, after the world number one men’s tennis player won a court case earlier this week against the cancellation of his entry visa.

Djokovic was included in Thursday’s Australian Open draw and was set to face fellow Serbian Miomir Kecmanovic in the first round of the tournament on Monday.

However, unless Djokovic successfully overturns the government’s decision for a second time through the courts, his place at the top of the draw will be taken by Russian fifth seed Andrey Rublev.

A 10th Australian Open win in the men’s final would have given Djokovic the men’s all-time record.

Federer has not made the trip to Australia due to injury, but Nadal has, as have rising men’s stars Daniil Medvedev, who won the US Open, and Olympic gold medallist Alexander Zverev, while Spanish teenager Carlos Alcaraz is a low seed and could be ready to make an impact after a stunning end to the 2021 season.

Dylan Alcott will be aiming to win an eighth successive title in Wheelchair Quad Singles.

If Alcott wins at the Australia Open, he will be adding to his collection of 15 grand slam singles titles and eight doubles titles.

He announced last year he is planning to retire from tennis after the Australian Open.

“I feel like I’ve done everything I need to do on the tennis court,” Alcott said at a press conference.

Are there spectator tickets for the Australian Open 2022?

Australian Open officials were planning for full capacity in all stadiums, but the tournament has since been capped at 50 per cent.

The Victorian government made a last-minute change to the capacity due to the state’s worsening COVID-19 situation.

“Ventilation will be improved in indoor areas of Melbourne Park, with HEPA filters [air filters] to be installed in some spaces after a ventilation assessment is completed for the venue,” the government said.

“As COVID-19 hospitalisations and cases continue to rise in Victoria, these mitigation strategies are proportionate and designed to assist in limiting the spread of COVID-19.”

All attendees over the age of 12 years and two months must be fully vaccinated against COVID-19 or have a valid medical exemption.

Additionally, spectators are also required to use the government’s check-in app and wear a mask unless seated outdoors, eating or drinking.

Last year fewer than 390,000 people were allowed to attend Melbourne Park, which is about half the average attendance in recent years, due to COVID-19 restrictions.

What is the prize money on offer for the Australian Open 2022?

There is a total of $75 million in prize money on offer at this year’s tournament.

The respective winners of the women’s and men’s finals will walk away with $4.4 million each, with the runner-up earning $2.2 million.

The beaten semi-finalists will each collect $1.1 million pay checques, while those who depart in the tournament’s first round will receive $90,000 for their efforts. 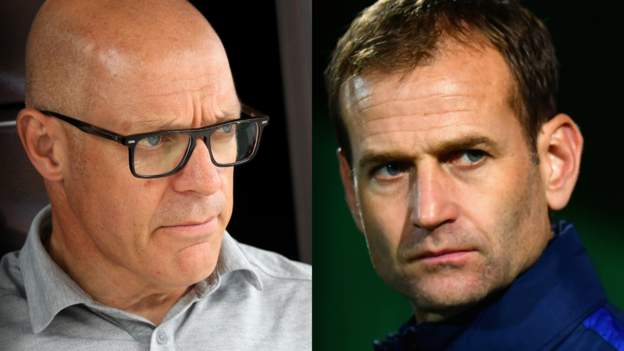 3 hours ago
Check Also
Close
Entertainment News Posts
Featured News Posts
Column: ‘We have to act,’ Biden says. But he’s said that before. And the likelihood is slim
50 mins ago