If you’ve been following sports online over the past couple decades you’ve surely come across a niche of fans who advocate for a sort of hyper-progressive strategy or player deployment.

Because of course, the game – all major sports really – is changing constantly, and they recognize it’s smart to be on the leading edge of those changes rather than be the bumbling squad bringing up the rear.

But these fans who declare their “smart” fandom by pushing for progressive ideas often end up evangelizing some nonsensical (or at least impractical) ideas. For coaches, employing them is something like a contractor being handy some fanciful architectural blueprint only to realize “This building as drawn won’t actually stay standing.”

In hockey, the progressive concept du jour is the lovely sounding phrase “positionless hockey,” which sounds like a sort of free range, organic, brown egg version of the game that one could charge a premium for. It’s praised as a near inevitability, and in theory, you can see why there would be a desire to see it through to its purported merits.

I enjoyed this column by a great Leafs writer in Kevin McGran, called “The Leafs are toying with positionless hockey as they deal with injuries,” which is inspired by the Leafs plan to use Mitch Marner as a D-man at times in the future. (They need right shot guys, he’s played up top on the PP and he likes to rotate up there at 5-on-5 anyway.)

I also enjoyed the piece by our own Luke Fox, who mentioned how the Marner trial signals “a baby-step towards position-free hockey.” I highlight these columns just to show that the idea is well embedded in mainstream coverage.

I’ll allow that when fans who push for this type of hockey mention “positionless hockey” they may not mean it literally (at least not when confronted with how it looks in practice), but that they may mean interchangeable D and forwards, which is a concept pushing much closer to our current reality.

Undeniably, the slider bar has moved farther from players in bubble hockey tracks to the farm-raised, grass-fed style that’s held up as The Next Right Way to Play.

So let’s take the blueprint and try to build the house on the ice here, and just see what it really means.

Here are the parameters of reality: you get one goalie and five skaters. The object of the sport is to put more pucks into the opposing net than they shoot into yours. You are not confined by any sort of rule or law to use three forwards and two D. On the power play, teams have demonstrated a great willingness to deviate from that structure, as their oppositions have had less bodies, leading them to become less inclined to take their own offensive chances (allowing the PP to crank up their own risk dial).

So to build a 5-on-5 structure out from scratch, I think you have to acknowledge that you still need a structure at all, while also accepting that certain people are best suited for certain roles, whether that be defending or creating offence. We all have strengths and weaknesses, right?

On the “structure” thing: the game moves way too fast to not know where your teammates should be, so you can make reactionary plays without having to confirm their presence. Often you race for a puck knowing you’re going to get rocked just to poke it to somewhere you know a teammate is supposed to be. Hell, Justin Holl built a career doing literally that.

It’s possible that at significantly lower levels the game moves consistently slow enough to look around and find your teammates before you make a play. But the best teams in the NHL thrive with what we call “buy in,” which is just a buzzword that means “trust that your teammates are where they’re supposed to be.”

In their positions, if you will.

Teams that don’t have “buy in” have players covering for players who don’t need covering, and guys trying to do two things at once because they don’t believe the guys around them have their own responsibilities covered. In the worst case, they don’t trust their goalie, and run out of position desperate to stop any shot, which opens up more dangerous shots.

As a winger, there are low battles where you need to know you can kick the puck up the wall from a low scrum to a D-man who’s waiting at the blue. Your first touch on a low breakout comes with the assumption that there will be a centre supporting you low, allowing you to kick it to the middle to get the puck off the wall. You know that when your D gets active down the wall in the O-zone, it’s your job to cover and handle defending. You can’t always read and react, sometimes you have to use the accelerated thinking afforded by positional play.

So with the speed and chaos of the NHL game making tentpole positions a valuable team asset, it doesn’t allow an NHL team to do something like what McGran notes the Raptors do (which has at times been somewhat positionless given their lack of a true center).

So I find myself left to wonder, how much more “positionless” could the game get?

I see the option for one or two “rovers,” a roster spot that could be filled by players with the uncommon abilities of a guy like Marner. But you’re always, always, always going to designate at least one player to hang back in case of disaster in hockey.

You need that as a last line of defence to push the puck back into the play when it squirts out. Right away we’re establishing a must-have position, a “back” of some variety. If you think of it like pinball, there’s no doubt that having two guys back allows them to work like pinball flippers, launching the puck back up the surface where the scoring can be done.

Given the obvious advantages of using two D — without them the walls are going to be simple breakout options for the opposition — you can make the case teams already employ a fairly aggressive strategy by only leaving two guys back. (We do see teams using a third forward high a lot, almost like a third D, which brings us back to the idea of a “rover,” which makes this whole thing look like another semantic argument centered around how to label a covering forward.)

If you were to just use one designated defenceman, I can see teams — and maybe the Leafs a bit this season — allowing a “rover” to use their common sense, and basically be a uniquely active “second” D. A guy who is free to stay up in the offence, who would pull back as possession changes. In those scenarios you’d probably ask two guys to look for those possession changes and pull out as need be in case the other is caught deep, which happens easily when you commit to offence.

But now we’re creating essentially what we see now, a second D. Maybe a more active one than is common, and an F3. Odd man rushes against are exceedingly dangerous scoring chances, and I just don’t see any team ever saying “having a fourth forward in low scrums is worth the potential trade off of a 2-on-1 or 3-on-1 against. You’re just going to see two guys back by the nature of our game.

I’ll note again that what this comes down to is sports fans quibbling about those semantics, on whether an active second D or more aggressive high forward is “positionless” or not.

These conversations have value though. I think everyone in sports recognizes that team errors of the past have tended to be on the side of over-caution. We didn’t pull goalies early enough, NFL teams didn’t go for it on fourth down enough, and NBA teams didn’t shoot enough threes.

If you take more chances on offence you may get to play more in the offensive end, which means defending less, and it means potentially putting more games out of reach rather than leaving them close. Offence is good, and sports are moving that way.

But hockey is way too close to pinball to not keep a player or two or even three back (the latter of which may yet be a better way to create offence, if we really want to be open-minded to new ideas). The best teams still defend 40% of the time — when they get to playoffs and it’s just good teams, it’s more than that. So it really just comes down to how and when you want your players to rotate between playing forward or defence.

Players like Cale Makar and Paul Coffey before him, player like Marner and Sergei Fedorov before him, these players make us wonder about “rovers,” and some kind of role beyond three forwards and two D. It’s crucial to be open to those potential options, and when you have a special talent like Makar and Coffey, look for unique ways to use them more.

But with the nature of hockey, positions are the fabric on which creativity is woven. Being able to trust where your teammates are and will be requires stations and roles on the ice, which is exactly what positions are.

“Positionless hockey,” as dreamt about may not actually be coming. But what has arrived is a willingness to entertain more aggressive ways to rotate. I think you’d recognize that as a smart thing, whatever your position on it.

Russian athletes 'could be allowed back in Olympcs' says IOC chief 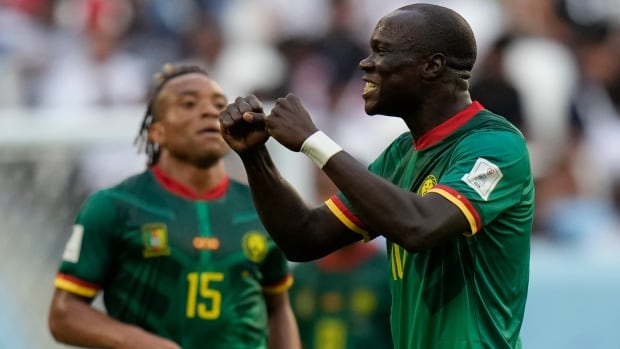 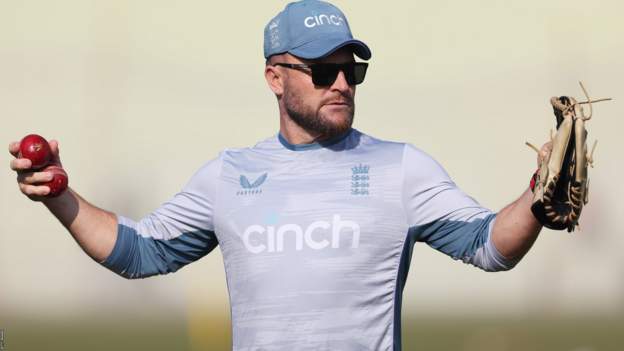 England will ‘risk losing to win’ in Pakistan