Luke Kennard’s first two months with the Clippers have been defined by three words he’s heard his teammates, coaches and even friends repeat ever since the NBA season began.

Rarely before has the 2017 first-round draft pick needed such prodding.

The 6-foot-5 guard set Ohio’s all-time high school scoring record. He led a Duke roster that included Jayson Tatum in scoring. He made 40% of his three-pointers during his first three NBA seasons in Detroit. Yet, until he joined the Clippers following November’s draft-night trade, he had never played alongside so many other capable shooters. When Kennard pump-fakes, or hesitates, coach Tyronn Lue and his teammates know he is trying to work out whether it is the best possible shot. But they have reiterated to Kennard that the team’s best shot is often whichever one Kennard takes.

“If I’m close to the bench and someone throws it ahead to me and I have any type of room, just a little bit, they will just be yelling from the bench, and I’ll hear them, for sure,” Kennard said. “There was a game, the Pacers game, and Kawhi [Leonard] even told me a few times, ‘Man, shoot the ball.’

“I remember there was one, I had an [isolation] up top, shot a three and I made it and there was a timeout and he was, like ‘Shoot the ball. See what happens when you shoot the ball?’”

Kennard takes the comments as a good thing — a sign the Clippers are fully confident in him coming off a year spent rehabbing from tendinitis in both knees. Well before “Shoot the ball” became a daily reminder with the Clippers, he began a difficult leg-strengthening regimen last winter that was defined by three other words: heavy, slow resistance.

“A bunch of different leg exercises, but really heavy,” Kennard said. “It wasn’t very fun, at all.”

In fact, it was long and tedious. His progress helped assuage concerns enough that the Clippers reshaped their bench backcourt by trading for Kennard in November, then committed to a $64-million, four-year extension — including $8 million in incentives — one month later, before their new guard had made his regular-season debut.

If the Clippers advance to their first Western Conference finals or beyond this season, it will be because of contributions beyond stars Paul George and Leonard. Should Kennard play such a role, the difference will be traced back to how he spent 2020 recovering from the most severe injury of his career.

“It helped so much more than I could have thought and now I’m feeling great, my body feels great and I’m moving well,” Kennard said. “I hated it at the time — didn’t hate it, but it just took a while. It was pretty hard. Looking back now, I’m grateful and thankful I went through it.”

Kennard played 31 minutes on Dec. 21, 2019, before the Pistons shut him down to focus on his bilateral knee tendinitis. At first, he could only perform a single-leg squat using his body weight. Gradually, he graduated to wearing a 40-pound weighted vest while holding an 80-pound kettlebell.

That gain in strength, he said, was mirrored across a range of exercises as the months continued, as he built up his calves, quadriceps and hamstrings. Yet, it didn’t fully offset the disappointment of having his best season — averaging 15.8 points in 32 minutes over 28 games — interrupted by his worst setback.

“I’ve dealt with little injuries, here and there, that kept me out for a couple games, and it’s like I know I’m going to be back in a week, just a couple games,” Kennard said. “When I first started this I’m like, ‘Man, this is going to be a while.’ So, yeah, it was definitely frustrating not being able to play and just being hurt.”

Three days before Kennard was set to return to Detroit’s lineup on March 14, he was in the visiting locker room in Philadelphia when he learned the NBA had suspended its season because of the pandemic. He says he felt healthy enough to return, but called the pause a “blessing” in hindsight because it afforded him extra months to recommit to the strength program.

“I learned more in this past year about my body, and the body in general, than I probably ever will in my entire life from here on out,” Kennard said. “The trainer I was working with at the time he was like, every day, ‘Dude, I promise you’re going to thank me down the road when you’re back playing and feeling good.’”

It was prescient advice. When George watched Kennard train in the summer, well before the trade made them teammates, George “was just amazed,” he recalled. “You know, it was my first time like really seeing him up close. And I was blown away with, you know, all the things that he can do on the floor.”

That version of Kennard has been seen in stretches. Through 20 games he’s produced a career-low usage rate but made his possessions count by shooting more efficiently than ever, with a true shooting rate of 59% that takes into account his career-best 42% three-point accuracy. Lue doesn’t evaluate Kennard by his shooting alone, saying he provides desperately needed playmaking off the bench. In the preseason, Kennard promised teammates his play would improve, which led Leonard to commend his new teammate for being “locked in.” But as recently as Friday, Lue again felt Kennard had unnecessarily turned down good looks during a win in Miami.

Kennard is still ramping up. He didn’t play five-on-five games until Detroit’s minicamp in September, and adjusting to the speed and physicality of Clippers defenders during training camp in December was a reminder of what he had missed during 12 months of largely solo training.

A year after he began his rehab, Kennard says he is taking the long view again. He has begun lifting after some games. He stretches more often. They’re some of the “small things” he changed when his injury forced him to reevaluate how he was taking care of himself. It’s why, compared to the year he spent finding his way back from injury, finding his comfort zone within a new offense feels like the easy part.

“Honestly it’s still a process, just getting back into the rhythm of things, because it’s been such a long time,” Kennard said. “But I’m getting there.”

Update: The imprint of new Knicks coach Tom Thibodeau is clear, with New York ranking third in defensive rating. That’s no surprise to Lue, whose first job as a coach was helping Thibodeau break down Boston’s defensive tape. New York (8-11) is coming off Friday’s 21-point win against Cleveland. Julius Randle is averaging a team-high 22.5 points and 11.3 rebounds. 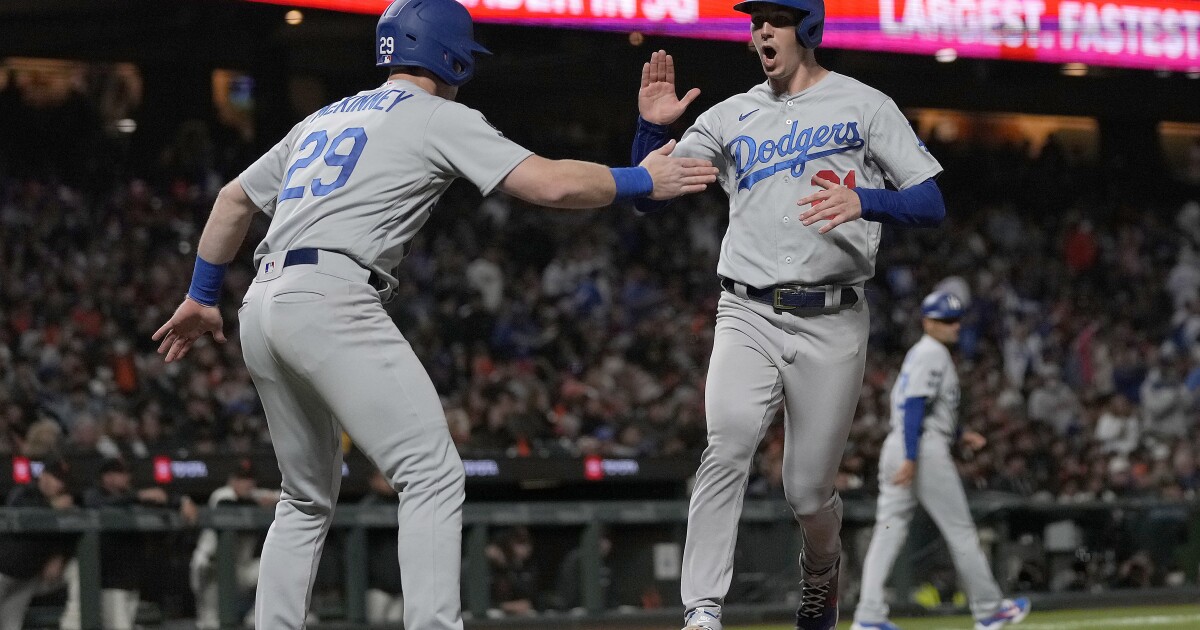 Biden expected to push vaccine for federal workers
59 mins ago