NASA yesterday revealed that its forthcoming Artemis missions to the Moon—including crewed landings on the lunar surface—will cost around $28 billion.

Think that’s a lot of money for a NASA moon mission? Shouldn’t that money be spent on something else? Why is it so expensive?

“Pushing the boundaries of space exploration, science and technology once again, America is on the verge of exploring more of the Moon than ever before,” said Jim Bridenstine, NASA administrator, in a new NASA document on the Artemis missions published this week. “This new era of lunar exploration is called Artemis. Named after the twin sister of Apollo, she is the Goddess of the Moon, and we are the Artemis Generation.”

“NASA is delivering more missions, more science, and more innovation at a better value for the American taxpayer than at any point in the agency’s history and with half the buying power than 1964, when Apollo development was at its peak.”

Expenditure on space exploration regularly comes under scrutiny, so here are 7 reasons why that $28 billion is bargain of the century:

1. $28 billion is a tenth the cost of Apollo missions

NASA spent the same $28 billion on the Apollo program in the 1960s and 1970. However, adjusted for inflation that calculates to about $283 billion. So Artemis will cost a tenth of Apollo. “The $28 billion represents the costs associated for the next four years in the Artemis programme to land on the Moon,” said Bridenstine, quoted on the BBC this week. The main costs are development of NASA’s Lockheed Martin-made Orion spacecraft, Orion’s European Service Module (ESM), and its Boeing-led Space Launch System (SLS) rocket, though there are others. “SLS funding, Orion funding, the human landing system and of course the spacesuits—all of those things that are part of the Artemis programme are included.”

However, it’s worth noting that the $28 billion doesn’t include the development costs for SLS and Orion.

2. ‘Artemis fever’ will begin sooner than you think

After a tumultuous 2020 the world is going to need some space. The first flight in the Artemis schedule—Artemis I—is scheduled to take place in November 2021. The mission will see the debut spaceflight for two of NASA’s biggest projects; its Orion capsule and its giant SLS (Space Launch System) rocket.

There’s also a plan to send various rovers and technology demonstrations to the Moon twice each year, starting in 2021.

Although the highlight will be the crewed mission to the Moon in 2024, there’s a lot more to the Artemis program that that. Here’s NASA’s tentative Artemis schedule:

An 25-day uncrewed flight of Orion and SLS to test all the hardware, Artemis I will launch from Launch Complex 39B at NASA’s Kennedy Space Center and orbit the Earth, then Orion and the ESM will travel to the Moon to an orbit that takes it from 62 miles above its surface to 40,000 miles beyond the Moon. It will splashdown off Baja, California after a critical test of the the heat shield.

2023: Artemis-II – the first crewed lunar flyby of the 21st century

This is the Artemis program’s “Apollo 8 moment” as astronauts loop around the Moon for the fist time since 1972. A repeat of Artemis-I, this time with four astronauts on board, Artemis-II will take a slightly different trajectory.

Essentially it’s another test of SLS and Orion, and the first test of Orion’s life support systems. The 10-day mission will begin with launch and two orbits of the Earth before it moves into a highly elliptical orbit. A translunar injection comes 24 hours later. The crew will experience a brief eclipse of the Sun as the Moon passes between them before traveling 4,600 miles beyond the far side of the Moon. After a free trajectory return to Earth they will splashdown in the Pacific Ocean.

A 30 day mission will see Orion—with four astronauts inside—rendezvous with an embryonic Lunar Orbital Platform-Gateway (see below), before one female astronaut and one male astronaut descend to the lunar surface on a commercially developed lander. Cue four spacewalks over 6.5 days. The landing zone will be close to Shackleton Crater at the Moon’s South Pole.

Further Artemis missions each year through 2030 will help build the Lunar Gateway’s habitation module and descend a further three times to the surface of the Moon (Artemis V, VI and either VII or VIII).

That’s a total of FOUR crewed missions to land on the lunar surface.

4. It will all help birth a new era of private spaceflight

Over half the cost—$16 billion—will be paid to a private company to develop the actual lunar lander. That means Blue Origin (CEO Jeff Bezos), SpaceX (CEO Elon Musk) or Dynetics.

This isn’t just about giving cash to a nascent private space industry; right now NASA is using commercial space flights to test sensors, cameras, algorithms and spaceflight computers for precision landing on the lunar surface that also have applications in self-driving cars. Blue Origin will test some of those components this week.

5. The first female astronaut will set foot on the Moon in 2024

The landing of Artemis III will also put the first woman on the Moon, and the next man, on the lunar surface. It will be the first landing with humans since 1972’s Apollo 17 mission.

Bridenstine has already said that the female astronaut will be someone already in the astronaut corps who will have already visited the International Space Station (ISS). The astronauts for Artemis III will be selected in 2022.

6. The plans also involve an orbiting Moon Station and a Moon Base

The late 2020s could see an Artemis Base Camp on the Moon complete with a lunar rover that astronauts can drive, but way before that the Artemis program will see the establishment of a Lunar Orbital Platform-Gateway.

The plan is for the latter—a space station in lunar orbit with a habitat module and a port for Orion to dock—to be assembled over five uncrewed flights from commercial space companies in advance of 2024.

7. Finding water at the Moon’s South Pole could open-up the Solar System

In 20204, if all goes according to plan, NASA’s two astronauts will touchdown at the Moon’s South Pole, where there is believed to be ice-water. Water would make a crewed Moon base possible, but since it consists of hydrogen and oxygen, which can be refined into high-efficiency rocket fuel. Cue space fuel depots on the Moon that would allow spacecraft to travel much farther into space.

Rockets wouldn’t have to use fuel just to get the fuel for their entire trip off the surface of the Earth. Launch costs would plummet; a “lunar economy” could be created and space mining could become possible—a resources boom could follow.

MORE FROM FORBES50 Million People May Gather For The ‘Greater American Eclipse,’ The Most Watched Event EverBy Jamie Carter

8. The 21st century’s first lunar landing will make for a super-exciting 2024

2024 promises to be an exciting year for space fans, particularly in North America. As well as the landing on the lunar surface of two astronauts for the first time in 52 years, April 8, 2024 will also see a super-long total solar eclipse rip across Mexico, the US and Canada. Totality will be observable from Sinaloa, Durango, and Coahuila (Mexico), Texas, Oklahoma, Arkansas, Missouri, Illinois, Kentucky, Tennessee, Michigan, Indiana, Ohio, Pennsylvania, New York, Vermont, New Hampshire and Maine (US) and Ontario, Quebec, New Brunswick, Prince Edward Island and Newfoundland (Canada).

About 32 million people will be able to experience totality, some for as long as 4 minutes 28 seconds—the longest total solar eclipse duration over land for 15 years (and over twice as long as in 2027’s “Great American Eclipse”).

That’s two era-defining, unforgettable and priceless space events in the same year. One is free, the other costs $28 billion.

Migrants attempt to cross from France to England 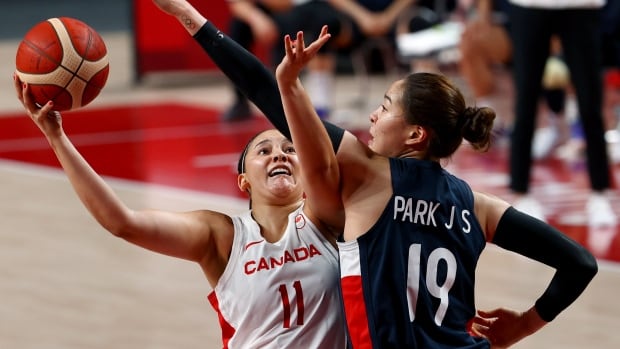