Bill Maher Friday compared Democrats trying to vote to an obstacle course competition show “where a contestant has to get across a terrain of giant bouncy balls and slippery balance beams and swing on frigging ropes like Tarzan.”

“It occurred to me while watching this, watching Ricardo lose his grip on a foam roller, that this is exactly what our voting systems has turned into. It’s American Ninja — Democracy Edition… Try to move forward without getting knocked off the voter rolls!” said the host of HBO’s Real Time With Bill Maher.

“For people who say both parties are basically the same, voter suppression is the starkest example that’s not true. This is 100% a Republican thing. They know their policies aren’t as popular, so they catch up with an effective, time-tested political tactic called cheating. I can’t make you vote for me but maybe I can keep you from voting for the other guy.” He showcased Texas, with only one early-voting ballot box for 2.7 million registered voters in Harris County, home of Houston.

Antsy as Nov. 3 looms, Maher revisited electors, which also worry him, specifically as Americans recently learned some states don’t actually require electors to support the candidate who wins the popular vote. He pressed guest Ben Sheehan, author of OMG WTF Does the Constitution Actually Say? for clarity. Electors declare by Dec. 8. so things should be clear by the 9th, Sheehan predicted, hopefully.

Maher wondered how Americans could force Trump to go if he loses and won’t. “Do you think that American citizens are capable of a general strike? Like they have in France?.. When I can’t get a baguette.”

Rudy Giuliani — most recently seen “tucking in his shirt” on a bed in Borat Subsequent Moviefilm and, just before that trying to drum up a new Biden conspiracy — got dinged. “Because that’s who you want looking into high-tech corruption in the former Soviet Union. Someone who can get fooled by Borat?”

Giuliani “claims he works for Trump for free,” said Maher, “never takes any money. His only compensation is he gets to eat the flies that land on Mike Pence’s head.”

Swerving from politics for a few, Maher chatted virtually with Matthew McConaughey about the actor’s new memoir Greenlights. McConaughey had to forgo movie offers for 20 months — including one for $14.5 million he wouldn’t name but said never got made — as a Hollywood exile to finally land non rom-com roles where he wasn’t shirtless on the beach. After disappearing, “I became the new, good idea,” he said. 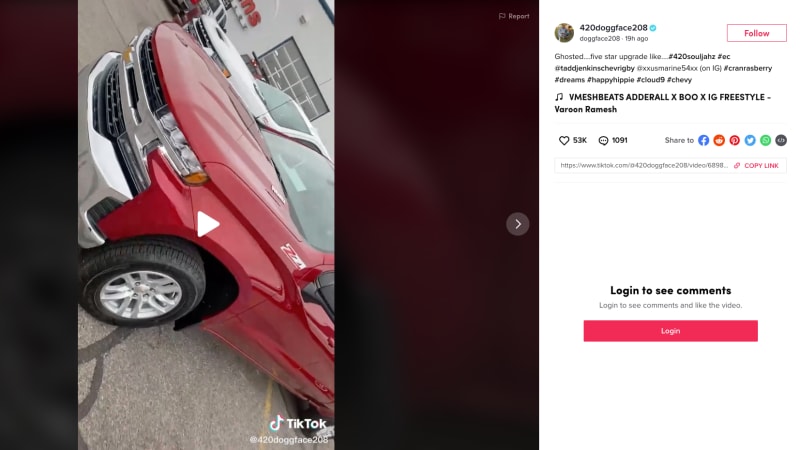 Staying on Covid-19 alert – plus, let’s keep it local!

Philadelphia man fatally shot for being a ‘snitch,’ grief-stricken mother says
36 mins ago