Emmanuel Macron could soften demands the UK must follow EU rules in a new deal – to stop it potentially backfiring on France, it has been revealed.

The French president is thought to have releaxed his stance, especially on state aid, after Boris Johnson cancelled trade talks last week.

The UK could sue France over its high public spending if Britain is bound to common standards – because the deal would work both ways.

Negotiations remained locked in stalemate in a number of key areas last week, including on post-Brexit fishing rights, as EU leaders said it was for the UK to make the next move.

The British Government has said European nations will have to request access to UK waters on a yearly basis, with quotas agreed through annual negotiations.

But at an EU summit last week, Macron said: ‘Our fishermen will under no circumstance be the ones sacrificed to Brexit.’

As the meeting was taking place in Brussels, Mr Beaune posted pictures from a visit to the coastal town of Port-en-Bessin.

He said on Twitter: ‘One single objective: to defend and protect the interests of fishermen. We’re fighting… for French fishing.’

But Jerome Vicquelin, a local fishing lobby group member who attended a meeting with Mr Beaune, has revealed he gave a different message off-camera.

He disclosed: ‘I said, “It’s all well and good you came, but I’m worried because… just a 10-15 per cent cut in turnover… would be a disaster over the long term”.

‘They were blunt too. They said it won’t be the same as before. It’s clear, they just want to try to limit damages as much as possible.’

Asked to comment on this, Mr Beaune said he told representatives they should no longer expect to maintain ‘the status quo’.

On Friday, October 16, Mr Johnson made clear Michel Barnier should only bother travelling to London this week if he had a ‘fundamental change of approach’.

The UK prime minister declared the UK would step up its preparations for ‘Australia-style’ WTO terms.

But Clement Beaune, the French Europe Minister and a close associate of Macron, told The Times he thought Johnson was bluffing. ‘If the British thought they could live with the “freedom” of no deal outside of the EU – if it was so easy and comfortable – they would have already left without a deal,’ he said. French ministers have been speaking to industry groups about potential concessions over access to UK waters and the UK’s trade secretary Liz Truss said ‘real progress’ had been made.

The Prime Minister’s spokesman said: ‘We want to reach an agreement as soon as possible.’

It comes after a number of climb-downs by senior EU figures since the PM walked out of talks last Friday.

An EU source told The Sun: ‘On the Level Playing Field and governance, everybody has shifted.’

She tweeted: ‘EU-UK talks: the EU continues to work for a deal, but not at any price.

‘As planned, our negotiation team will go to London next week to intensify these negotiations.’

Mr Johnson suggested last month that both sides should walk away from the talks and prepare for a no deal divorce if there was no agreement by the summit on October 15. Last week he said: ‘As far as I can see they have abandoned the idea of a free trade deal. There doesn’t seem to be any progress coming from Brussels.

‘What we are saying to them is only come here, come to us, if there is some fundamental change of approach, otherwise we are more than happy to talk about the practicalities that I described, the social security issues, road haulage and so on.

‘But unless there is a fundamental change of approach we are going to go for the Australia solution and we should do it with great confidence, high hearts, confidence, because we can do it.’

Australia has no comprehensive trade deal with the EU and it also does far less business with Brussels than the UK.

A no deal split would see the EU impose tariffs on UK goods, with business groups warning this would damage British firms at a time when they can least afford it because of the coronavirus crisis.

Mr Johnson said what the EU wanted the UK to agree to in key negotiating areas was ‘completely unacceptable’.

‘From the outset we were totally clear that we wanted nothing more complicated than a Canada-style relationship based on friendship and free trade,’ he said.

‘To judge by the latest EU summit in Brussels, that won’t work for our EU partners.

‘They want the continued ability to control our legislative freedom, our fisheries, in a way that is completely unacceptable to an independent country.

‘And since we have only 10 weeks until the end of the transition period on January 1 I have to make a judgement about the likely outcome and to get us all ready.

‘Given that they have refused to negotiate seriously for much of the last few months and given that this summit appears explicitly to rule out a Canada-style deal I have concluded that we should get ready for January 1 with arrangements that are more like Australia’s, based on simple principles of global free trade.’

The Prime Minister’s Official Spokesman went even further, saying: ‘The trade talks are over. The EU have effectively ended them by saying that they do not want to change their negotiating position. ‘The EU can either fundamentally change its position or we can leave on Australian terms.’

The spokesman said there was ‘no point in trade talks if the EU doesn’t change its position’.

He added: ‘There is only any point in Michel Barnier coming to London next week if he is prepared to discuss all of the issues on the basis of legal text in an accelerate way, without the UK being required to make all of the moves or if he is willing to discuss the practicality of areas such as travel and haulage which the PM mentioned in his statement.’ This map shows the extent of the UK’s Exclusive Economic Zone – the waters Britain will take back control of after Brexit. At the moment the EEZ of every EU member state is merged into one large zone which can be accessed by fishermen from all over Europe.

But Remain campaigners reacted with anger as the Best for Britain group said ‘the EU has not abandoned the idea of a free trade deal with us and it would be the Prime Minister’s decision to abandon these talks’.

The group said: ‘The EU has signalled its desire to carry on talks. Walking away now would be a hideous gamble with the country’s future.’

Each country has an Exclusive Economic Zone which can extend up to 200 nautical miles from the coast.

That country has special fishing rights over that area.

However, in the EU each country’s Exclusive Economic Zone is effectively merged into one joint EU zone.

All fishing activity within that zone is then regulated by the bloc’s controversial Common Fisheries Policy which dictates how many of each type of fish can be caught.

The joint EU zone is open to fishermen from every member state.

But after the Brexit transition period the UK will regain sole control of its Exclusive Economic Zone and will be able to decide which countries can fish there and how much they can catch.

The Liberal Democrats said Mr Johnson’s ‘reckless comments are just further evidence of the Prime Minister’s incompetence’ and ‘we cannot afford to crash out of the EU without a deal in place or to accept a rushed, bad deal’.

He tweeted: ‘Disappointed by the European Council conclusions on UK/EU negotiations.

‘(I’m) surprised the EU is no longer committed to working ‘intensively’ to reach a future partnership as agreed with European Commission president Ursula von der Leyen on October 3.

‘Also surprised by the suggestion that to get an agreement all future moves must come from the UK. It’s an unusual approach to conducting a negotiation.’

In a call with Ms von der Leyen and European Council president Charles Michel on the eve of the summit, Mr Johnson expressed ‘disappointment’ that the talks had not made more progress.

However, there remains scepticism in Brussels that Mr Johnson will actually deliver on his threat to pull the plug on the negotiations.

Dutch Prime Minister Mark Rutte appeared to mock his counterpart last week as he said: ‘Britain has already imposed so many deadlines that came and went.’

Meanwhile, Mr Michel told a press conference that Brussels would decide in the coming days, based on the UK’s next proposals, whether a deal is possible.

‘It is the case for fisheries, certainly, and also for level playing field and also governance.

Both sides want a deal to be agreed before the winter in order to allow time for it to be ratified and implemented before the end of the transition period.

Should no agreement be struck then the UK will trade with the bloc on World Trade Organisation terms from January 2021.

The Government has repeatedly described this approach as an Australia-style arrangement but critics insist that is just another way of saying there will be no trade deal.

The UK and the EU have acknowledged that the question of post-Brexit fishing rights remains among the most difficult issues to be resolved.

French President Emmanuel Macron, who is under pressure from fishermen in his country who fear losing access to British waters, previously stuck to his hardline on the issue.

‘Under any circumstance, our fishermen should not be sacrificed for Brexit,’ he said.

‘If these conditions are not met, it’s possible we won’t have a deal. If the right terms can’t be found at the end of these discussions, we’re ready for a no-deal for our future relations.’

He told BBC Radio 4’s Today programme: ‘There’s a deal to be done, but there needs to be flexibility on both sides, energy and goodwill and political will on both sides, and the Prime Minister will say more (today).’

He said the Government was ‘surprised by the attitude and the disposition’ of the European Council.

He added: ‘I’m surprised and disappointed by the lack of flexibility and will that at least seems to have come out of the European Council.’ Philadelphia man fatally shot for being a ‘snitch,’ grief-stricken mother says
1 hour ago 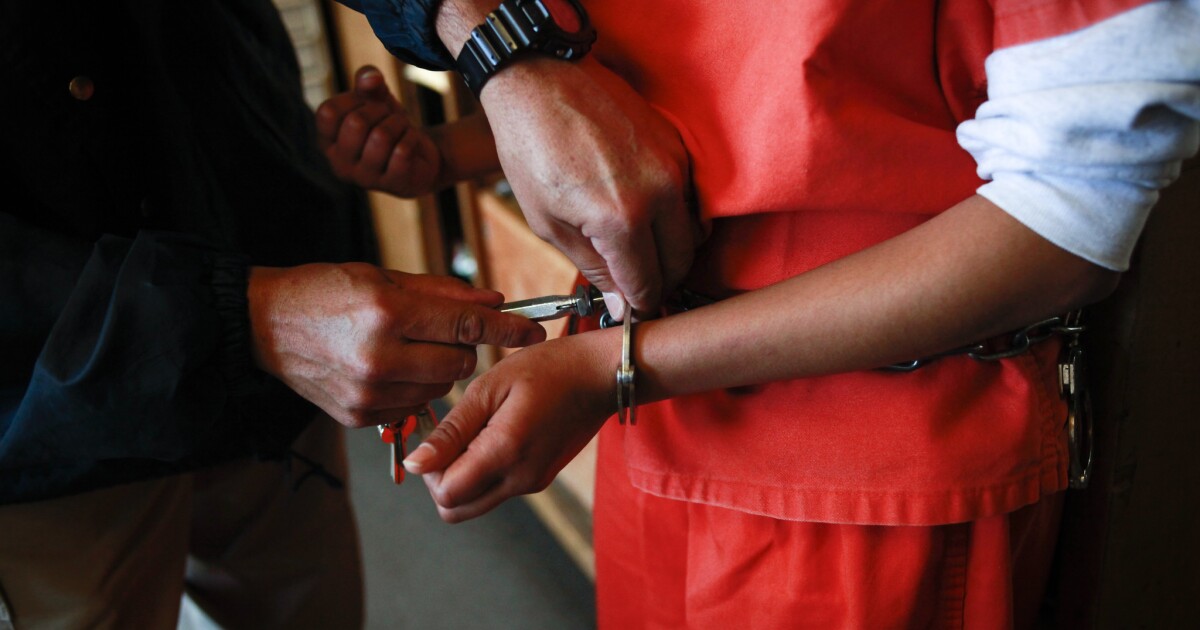