“I’m just sitting back and… letting life do what it does.” Gravitas has released the first official trailer for an indie dark comedy called King of Knives, marking the feature directorial debut of cinematographer Jon Delgado. The title is reference to the tarot card (aka “King of Swords“). No relation to Knives Out, this one is about a New York City family the implodes over three days as they careen through mid-life and quarter-life crises. We’ve seen plenty of these dysfunctional family comedies before. Described as “a darkly funny take on the modern family,” and a film “that two disparate generations can fully relate to.” King of Knives stars Gene Pope, Mel Harris, Roxi Pope, Emily Bennett, Kara Young, and Emma Myles. I certainly can appreciate the honesty in this footage, and hopefully there’s more of that during the rest of the film. Enjoy. 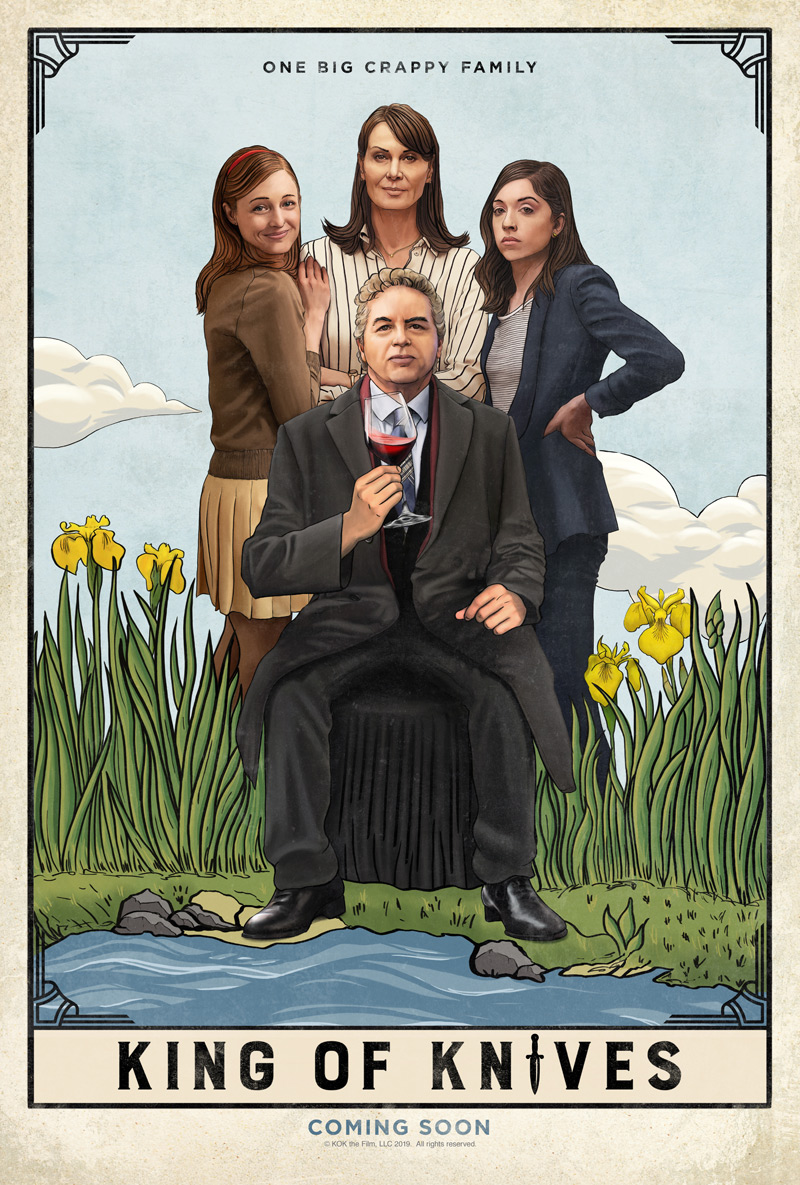 Frank and Kathy are baby boomer parents; Sadie and Kaitlin are their millennial daughters. Frank is screaming towards a mid-life crisis. Kathy pretends she’s happy and doesn’t drink that much wine. Sadie is the good child; convinced her first and only boyfriend is the one to marry. Kaitlin is the rebel, the entertainer; the truth teller who will not filter how she’s feeling. Over three days, with drama and humor rooted in life’s realities, this crap-happy family careens and skids straight towards a fateful anniversary; the suicide of their son and brother, Danny. In the end, their broken bonds can’t hide the revelation of how alike they really are. King of Knives is directed by Spanish filmmaker Jon Delgado, a cinematographer / former camera op now making his feature directorial debut. The screenplay is written by Lindsay Joy and Gene Pope. Gravitas will debut Delgado’s King of Knives direct-to-VOD starting December 1st coming up.