Florida Gov. Ron DeSantis has called on the federal government to “step up” amid the fuel crisis spurred by the cyberattack that shut down the critical Colonial Pipeline.

The Republican, who has declared a state of emergency over the issue, said the federal government “needs to be involved” in finding a solution.

“I think this is something that demands really serious federal attention,” DeSantis said during an unrelated press conference in Jacksonville on Tuesday night.

“You can’t just say it’s a private pipeline therefore, we’re not going to be involved,” he added. “No, the US government needs to be involved. They need to help mitigate this.”

Later on Tuesday, DeSantis signed an executive order activating the the Florida National Guard, as needed, and directing state emergency management officials to work with federal and local officials.

The governors of Georgia, North Carolina and Virginia have also declared states of emergency.

Around 11 percent of gas stations in the Sunshine State have run dry, according to tracking service Gas Buddy. In North Carolina, that figure is a whopping 65 percent.

Federal officials and energy analysts say there isn’t a gasoline shortage — but there is a problem getting the fuel from refineries on the Gulf Coast to the states that need it. Meanwhile, consumers are panic buying.

“What you’re feeling is not a lack of supply or a supply issue. What we have is a transportation issue,” said Jeanette McGee, spokeswoman for the AAA auto club. “There is ample supply to fuel the United States for the summer, but what we’re having an issue with is getting it to those gas stations because the pipeline is down.”

Authorities are scrambling to find alternate delivery routes after the pipeline — which delivers about 45 percent of the fuel consumed on the East Coast — was hit on Friday with a cyberattack by hackers who lock up computer systems and demand a ransom to release them.

If the pipeline shutdown extends past the weekend, it could create broader fuel disruptions.

The White House said Wednesday that the Department of Transportation is now allowing Alabama, Georgia, Kentucky, Louisiana, Maryland, Mississippi, New Jersey, North Carolina, Tennessee and Virginia to use interstate highways to transport overweight loads of gas and other fuels under existing disaster declarations.

Vitamin B12 deficiency symptoms: Three warning signs on your feet to watch out for Browns’ Jadeveon Clowney reveals why he re-signed with Cleveland: ‘I just want to chase that Super Bowl’ 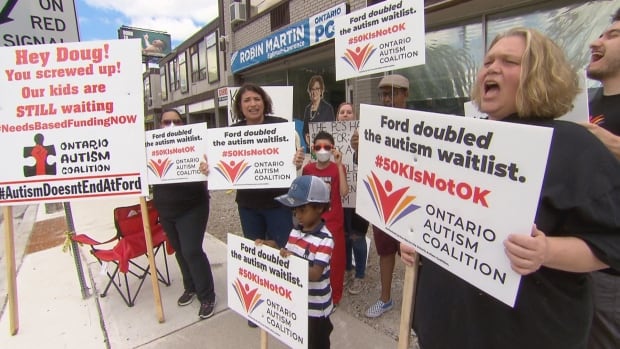 Was this Gaudreau’s goodbye to Calgary? It did not feel like it – Sportsnet.ca