Around the world, the COVID-19 pandemic is accelerating. While some countries such as Australia and New Zealand have managed to flatten the curve, in many other parts of the world the number of cases has continued to reach new highs.

On Sunday, the World Health Organization (WHO) recorded 183,000 new cases – the single largest number of new cases reported in one day. Over the past week, there have been more than 150,000 new cases per day on three separate days.

The numbers of new infections are now growing at such a rate that while it took some three months to reach the first 1 million cases, the last million cases was reached in just eight days. The total number of COVID-19 infections now exceeds 9 million worldwide.

Even more tragically, the deaths from COVID-19 are also growing. The United States has recorded more than 120,000 fatalities, while Brazil has exceeded 51,000 deaths related to COVID-19. The situation has become so dire that Latin America’s largest country is reporting an average of 1,000 deaths every day.

The world is divided

WHO Director-General Tedros Adhanom Ghebreyesus has warned that the world is dangerously divided. He has cautioned against the ongoing politicisation of the pandemic and called for solidarity and leadership, noting that countries should not have to choose “between lives and livelihoods. Countries can do both”.

These warnings are likely to go unheeded, if recent developments are anything to go by. Brazil’s President Jair Bolsonaro, who has railed against “job-killing” social distancing measures, appears unrepentant for firing his health minister even as he confronts escalating numbers of infections and an economic downturn in which Brazil’s economy is expected to shrink by 6.2%.

In the United States, President Donald Trump reportedly joked his country should slow down testing because public health authorities were identifying too many COVID-19 cases. Trump made his remarks even as news emerged that more than two dozen public health officials across the US have been either fired, resigned or retired due to threats of physical violence, intimidation or persecution.

The threat is far from over

In many parts of the world, the pandemic is only starting to make its presence felt. Indonesia has seen an alarming increase in the number of new COVID-19 cases, with more than 1,000 new cases per day on eight of the past ten days, despite very low rates of testing.

Likewise, India, which yesterday morning recorded 14,000 new cases for the previous 24 hours, has now risen to become the fourth worst-affected country in the world. Officially, India has documented just over 440,000 cases and 14,000 deaths, but these numbers are generally believed to be significantly under-reported.

More disturbingly, even those countries that showed initial signs of recovery are continuing to struggle with the virus. South Korea, which has been regarded for months as a poster child of an efficient COVID-19 response, has now entered a “second wave”, according to the Korea Centers for Disease Control and Prevention (KCDC). The CDC said the new cases were driven by the May holiday period, when coronavirus guidelines were relaxed, and particularly by young people via nightclubs and bars.

Fears of a second wave have also emerged in Iran, while China is now dealing with more than 200 new cases following an outbreak in Beijing.

There is still hope

Despite the dire global situation, there are a handful of places that have demonstrated it’s possible to suppress the virus’ transmission (at least for now). New Zealand recorded just two new cases on Monday, despite dropping almost all its coronavirus restrictions after reaching zero active cases two weeks ago. All nine of its active cases are returned travellers in hotel quarantine.

And outside of ongoing community transmission in parts of Melbourne, Australia overall has continued to record very few new cases despite restrictions easing across most of the country. Tasmania, the Northern Territory, South Australia and the Australian Capital Territory all have zero active cases.

Read more: Victoria’s coronavirus hotspots: not quite a second wave, but still cause for concern

What remains abundantly clear is that testing, contact tracing, isolation and quarantine, and community engagement are essential to halting the spread of COVID-19 across the world. Importantly, though, all of these measures depend on leadership and a shared sense of vulnerability. We need to marshal that, putting aside our differences and coming together to defeat a common foe. And we need to do it now.

This article is supported by the Judith Neilson Institute for Journalism and Ideas.

Heart attack symptoms: Signs include shortness of breath that is sudden and accompanied by 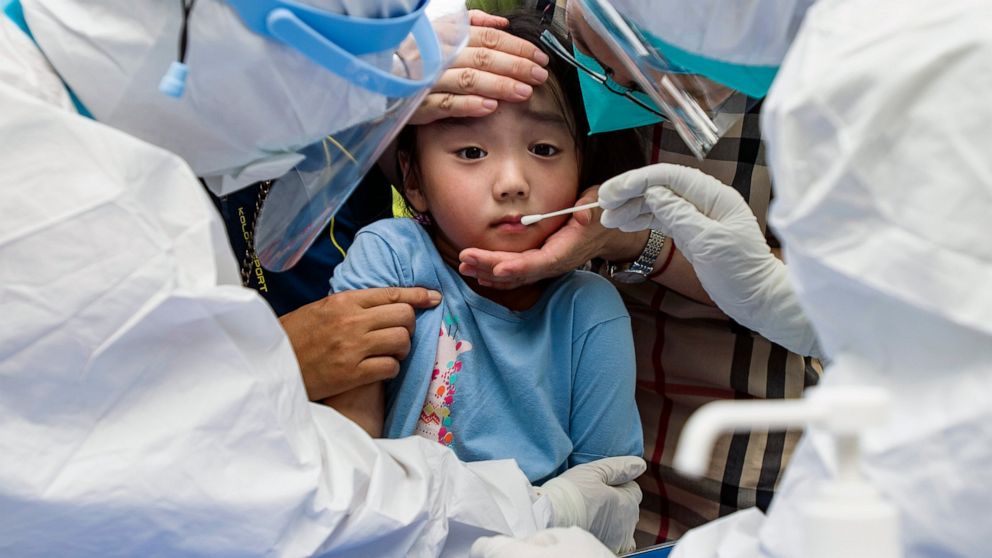