Melania Trump cut a stylish figure in a $3,700 Prada dress as she and her husband, President Donald Trump, greeted Israeli Prime Minister Benjamin Netanyahu and his wife Sara at the White House on Tuesday.

The 50-year-old’s sleeveless navy midi dress featured a boat neck and a white beaded scroll motif, and she wasn’t the only first lady to wear blue for the meeting, which included the signing of historic diplomatic deals between Israel, the United Arab Emirates, and Bahrain.

While Melania opted for a dark navy frock with a fitted waist, Sara, 61, donned a lace dress in a cheerful shade of cornflower blue for her arrival at the White House with her husband.

Great minds… Both Melania, 50, and Sarah, 61, wore shades of blue for the peace signing ceremony that took place later that day

Israel’s first lady wore a matching lace jacket over her shift dress, which was adorned with strategically placed pearls. She topped off the look with a pair of nude pumps and a clutch.

Melania also had on a classic pair of pumps, though hers were white to match the beading on her A-line dress. She let her outfit do the talking by keeping her jewelry to a minimum.

The former model’s highlighted brown hair was styled loosely around her shoulders, and she stuck with her signature makeup: dark, smokey eyeshadow and a pink lip.

While their wives wore shades of blue, Trump and Netanyahu donned similar navy suits. Trump, 74, paired his with a navy and red tie, giving the president and his wife a patriotic look as they stood side by side. Look: Melania’s highlighted brown hair was styled loosely around her shoulders, and she stuck with her signature makeup: dark, smokey eyeshadow and a pink lip Visitors: Melania had a smile on her face as she greeted the prime minister and his wife on the North Lawn of the White House Bling ring: Melania flashed her diamond and platinum bands as she clasped her hands together

Like Sara, Netanyahu, 70, opted to wear a tie in a brighter shade of blue. Although it wasn’t a perfect match, his tie complemented his wife’s dress.

Both First Ladies’ ensembles also matched the colors of the Israeli flag.

Melania had a smile on her face as she and her husband welcomed the prime minister and his wife on the North Lawn of the White House.

The two couples posed for pictures together before making their way to the Oval Office for a discussion.

Trump and Netanyahu sat side by side, while their wives sat across from each other on opposite couches.

The president’s eldest daughter, Ivanka Trump, and her husband, Jared Kushner, who are both White House seniors advisers, were also in the room during the conversation. Put together: The first lady accessorized her dress with a pair of white pumps that matched the beading on her dress

Later on in the day, Trump hailed the ‘dawn of a new Middle East’ as he presided over the signing of historic diplomatic deals between Israel, the United Arab Emirates, and Bahrain.

‘We’re here this afternoon to change the course of history. After decades of division and conflict, we mark up the dawn of a new Middle East. Thanks to the great courage of the leaders of these three countries. We take a major stride toward a future in which people of all faiths and backgrounds live together in peace and prosperity,’ Trump said in his remarks.

The president added that more nations will follow suit in signing the accord that normalizes relations between the Jewish state and the Arab nations.

‘These agreements prove that the nations of the region are breaking free from the failed approaches of the past. Today signing sets history on a new course. And there will be other countries very very soon, that will follow these great leaders,’ he said, emphasizing the historic nature of the agreement.

‘Today the world sees that they’re choosing cooperation over conflict. Friendship over emnity, prosperity over poverty, and hope over despair. They are choosing a future in which Arabs and Israelis Muslims, Jews and Christians could live together pray together, and dream together side by side in harmony community and peace.’ Next stop: After the photo op on the North Lawn, couples continued their discussion in the Oval Office Primp and proper: Melania sat with her legs crossed and her hands resting in her lap. Listening in: The president’s eldest daughter, Ivanka Trump, and her husband, Jared Kushner, who are both White House seniors advisers, were also in the room

Each of the four leaders signed four copies of the Abraham Accords — one in English, one in Hebrew, and two in Arabic.

The leaders also signed a treaty of peace, diplomatic relations, and full normalization and a declaration of peace — three copies of each were signed, one in English, one in Arabic, and one in Hebrew.

During the signing, the leaders helped one another find the proper place on the document to ink their name.

The signing took place on the Lee Dining Room Table from Blair House, where President Trump held weekly luncheon meetings. The table has also served new and former First Families when they stay at Blair House for inaugurations and state funerals.

The president said more Gulf nations were preparing to sign similar deals to the one being inked on the South Lawn Tuesday – but he didn’t offer hints as to which ones those may be.

‘We’re very far down the road with five additional countries,’ he said. Next: Melania and Sara walked to the South Lawn for the Abraham Accords signing ceremony, which normalizes relations between the United Arab Emirates and Bahrain with Israel Excited: Jared, 39, and Ivanka, 38, were also seen walking together ahead of the signing All dressed up: Ivanka, who flashed a smile along the way, wore a stylish mint-green dress

‘Being the first was very important that you be the first for us because you are leading a path, leading a way, it is something people were very surprised,’ Trump told bin Zayed al-Nahyan.

In their sit down, Trump gave Netanyahu a golden key to the White House as a token of his appreciation.

‘You have a key to the hearts of the Jewish people,’ Netanyahu told the president in response. All together: Jared and Ivanka sat to the left of President Trump and Secretary of State Mike Pompeo during the lunch hosted in the State Dining Room after the signing

Tuesday’s deal could herald a dramatic shift in Middle East power dynamics and give him a boost ahead of the November election.

And Trump, showing off his presidential statesmanship, hosted more than 200 guests Tuesday on the South Lawn to witness the sealing of the agreements between Israel, the United Arab Emirates, and Bahrain.

Rows of white chairs were on the South Lawn Tuesday morning, lined up together with no social distancing in between them. Few in the crowd wore face masks

The White House said masks will be encouraged at the event.

‘The e-mail that went out for all invitees was an encouragement to wear a mask,’ a senior administration official said on a call with reporters Monday. ‘We’re not going to require anybody to do so. But, you know, the Israelis and the Emiratis and Bahrainis are all taking it seriously.”

Masks are not required, however.

‘But, ultimately, it’s not going to be required and it will be on the South Lawn, which is obviously a pretty vast space. We’re expecting, though, a few hundred people, but it is our intention to keep it as distanced as possible, understanding the constraints and the time. So, yeah, we’re going to encourage people to wear masks, but ultimately it’s their choice,’ the official said.

The president has been nominated for a Nobel Peace Prize for his administration’s work on the deal.

A Vision for Canada’s Children, Youth and Families Released Today 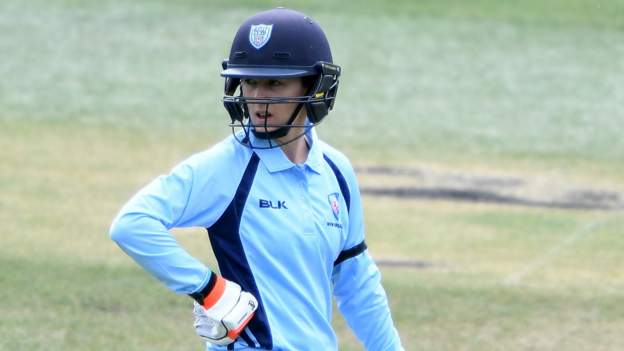 Aussie Haynes pulls out of The Hundred